Ashes to ink: people are getting their dead loved ones tattooed on them – literally

Cremation is now more popular than burial, and more and more people are memorializing those they've lost this way 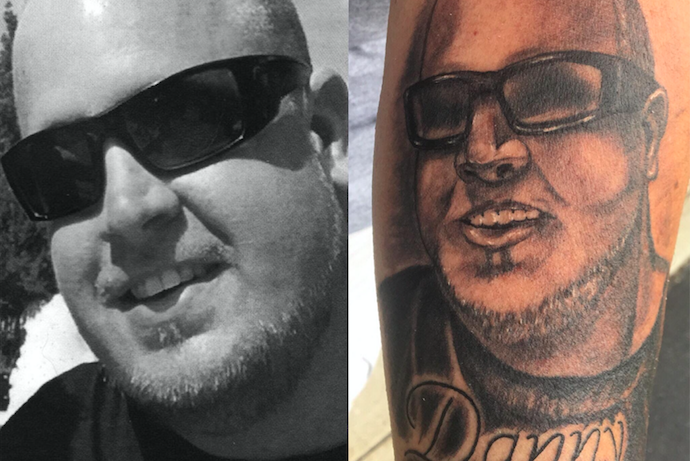 Diane Lange, owner of Moonlight Tattoo in Ocean View, N.J., has been tattooing for 35 years. Lately, she says she’s been contacted by people with a kind of “maybe we shouldn’t be talking about this on the phone” edge in their voices.

“I hear from clients who call me up and it’s almost like this secret thing,” Lange says.

“[Like] ‘I heard that you’ll do this. I’ve called a couple shops and they won’t do it.’ I don’t know why other studios are more apprehensive. I’ve always been surprised that it was a problem."

The callers are looking for a studio that will do tattoos using cremated human or animal remains.

Lange herself has tattoos incorporating the ashes of her late husband, as well as her dogs who have died. In the past six months, Lange says, she’s gotten more calls about cremation tattoos than she has in the 20 years she’s been doing such artwork.

As of last year, the majority of people in the U.S. — 50.2 percent — cremate, according to the National Funeral Directors Association. With more people bringing loved ones’ remains into their homes rather than burying in a cemetery, it stands to reason some might take after-death memorials a step further, like using ashes for body art.

“I have a whole shelf full of urns,” Lange says. “[Tattoos are] just something prettier than an urn.” 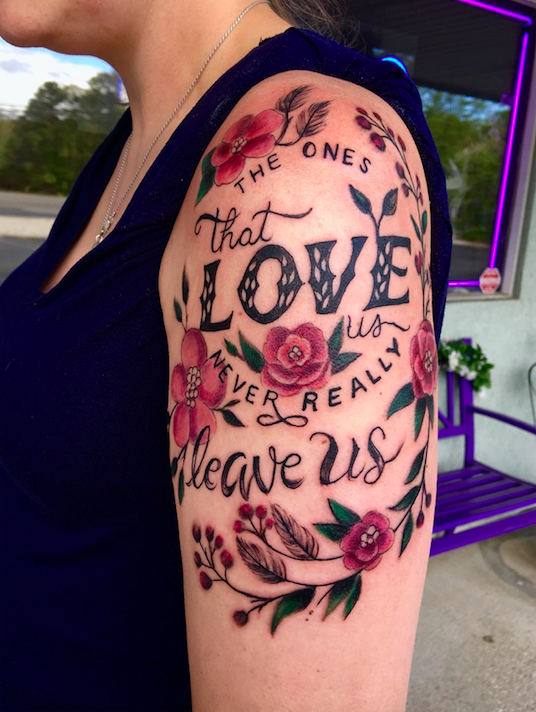 Cremation tattoo on the arm of Leslie Romano, done by Diane Lange of Moonlight Tattoo in Ocean View, N.J. Romano got the tattoo to memorialize her brother.

In cremation tattooing, artists will simply add a very small amount of cremains to tattoo ink after a client brings in ashes following a cremation. Lange adds half a teaspoon or less to black pigment. Handling the remains with respect, she says, is paramount.

“It’s a very safe practice, there’s no worry of infection or spreading bacteria. Once you heat the body [during cremation] to almost 1,800 degrees, you’ve killed anything that’s living in it,” Lange says.

“After cremation, any bacteria or virus that the person may have harbored in life would have been destroyed...These products [cremains and/or tattoo ink] probably contain minimal, if any, bacterial contamination. And even if they did, it would not be of any significance based upon the low incidence of bacterial or viral infection that develops after tattooing.”

Green explains that because human remains don’t actually dissolve in ink, and such a small amount of the ashes are incorporated, “the human remains are ‘symbolic’ and are not the primary constituent of the tattoo.” 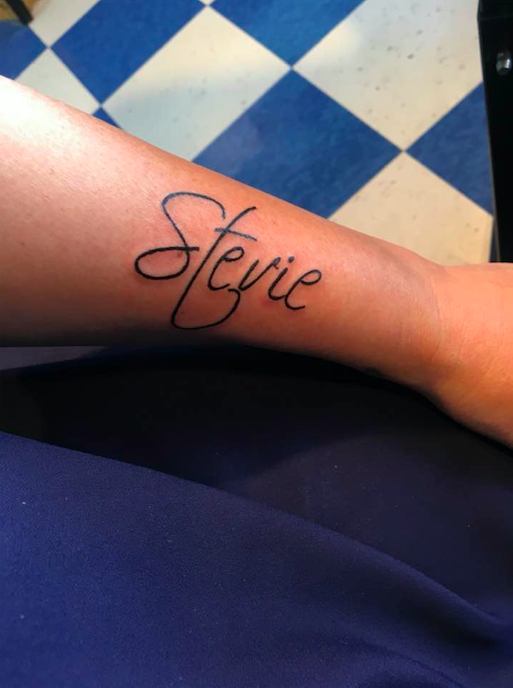 “Stevie” tattoo on the arm of Diane Lange, for her husband who lost his battle to cancer. Stevie was also a tattoo artist, and he and Lange were married for 31 years.

The motivation behind cremation tattoos

Last month, The Philadelphia Cremation Society posted to its blog a few paragraphs that highlight cremation tattooing which read:

“Using ashes in the form of cremains is a way that the tattoo process pays tribute to historical methods as well as the dead...Some people believe such a piece creates an everlasting bond.”

That bond can be cemented by the physical closeness of using cremated ashes in tattoos, as well as in jewelry.

Leslie Romano of Vineland, N.J. got a cremation tattoo at Moonlight in Cape May County after her brother passed away in December. She’s even turned a tattoo-hating family member around after explaining that her ink used his remains.

“Getting a tattoo with ashes is just a different way to keep someone close, and allows you to take them along for the ride. My brother didn't get to travel much, and [with] my husband being in the military, we move often,” Romano says.

“I know my brother is always with me now.”

The transient nature of many of today’s families is perhaps part of why burial is falling out of favor, says Matt Olian, founder and principal artist at Port Richmond’s Grateful Glass. At his shop, he produces glass memorial keepsakes like pendants, rings, and glass orbs using a small amount of cremains.

You have to do what’s right for your own grief. If this makes somebody feel better, who’s to say that they’re wrong?”

“I think people are kind of interested in memorials or keepsakes that are transportable,” he explains.

“For what I do, none of the keepsakes are particularly large…it’s something you can take with you. There’s something to be said for having a tangible kind of keepsake memorial or reminder of your loved one. That’s why a lot of people are drawn to the jewelry.”

As for the tats, Lange says even though lots of Moonlight clients are Philadelphians, she can’t point to any shops in Philly that will do cremation tattoos — but people may just have to call around and ask.

Will Majors, shop manager at Art Machine Productions in Fishtown, said he recently got a request from a client asking about cremation tattoos.

“At the moment, none of my artists offer this service because one did do one of the tattoos in the past, but the remains actually spilled over and created not only a mess, but a state of panic for the family member,” Majors says.

“So to avoid such accidents from happening, our artists will generally turn down the request.”

Risk of shop accidents aside, there’s a demand for these services, regardless of any judgments that might be cast upon using cremains.

“There’s no right or wrong as far as how one wants to memorialize,” Olian says. “It’s different in every culture and every individual.”

“I’ve been to four funerals in the last four months. I know four other widows that are all dealing with their grief in different ways, and none of them are wrong. You have to do what’s right for your own grief. If this makes somebody feel better, who’s to say that they’re wrong?”