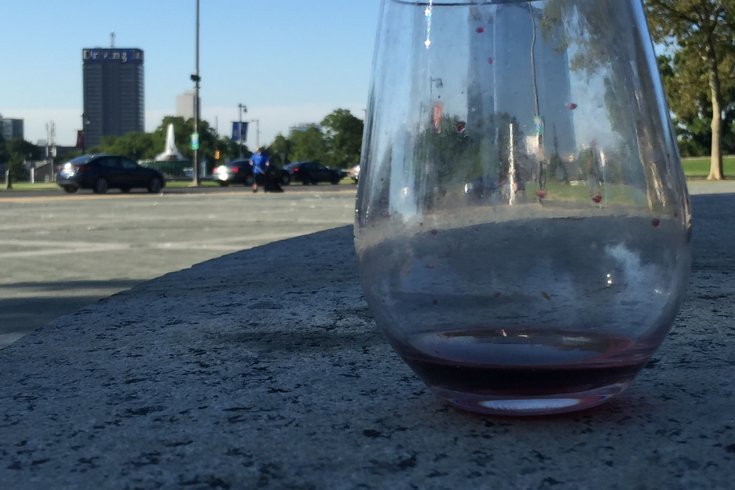 A wine glass left behind after Thursday night's Diner En Blanc gathering outside the Philadelphia Museum of Art.

This is America, and in America, you can spend $45 (or $93 a couple) on anything you want without fear of repercussions, provided it’s legal and all that.

This is America, and in America, you can damn well judge anybody who spends that kind of money for the right to prepare their own dinner, carry their own tables and utensils, don white clothing from head to toe and wave sparklers in the air after usurping a public space in the name of pretentious exclusivity.

Welcome to the morning after the fifth annual Dîner en Blanc Philly, the pop-up dinner picnic in a secret location.

Instead of blocking a major thoroughfare during rush hour (hello, South Broad Street in 2014!), this year’s fedoras-and-flowers absurdity was held on a concrete staircase made famous in a movie that, though fictional, better represents the city than the 5,000 real people who gathered on it Thursday night.

In the spirit of fairness, I’m sure the view from the Rocky Steps last night was photoworthy – the sea of people wearing white contrasted well with skyline lights before the rains mercifully came.

On the other hand, I’m sure that same view on Friday morning irked the guy in a blue “STAFF” T-shirt who toted a trash bag around to clean up the mess left behind when revelers took their tables home but left a bunch of garbage for joggers to slalom through during their morning run. (An email to the museum asking whether he's a staffer wasn't immediately returned on Friday, but Lauren Hitt, spokesman for Mayor Jim Kenney, told PhillyVoice that "the group pays for all city services including the site fees.")

There was melted cheese, pieces of some sort of meat and half-eaten pieces of bread.

White sauce in crushed plastic containers, and a wine glass with a little bit of red still pooled at the bottom. 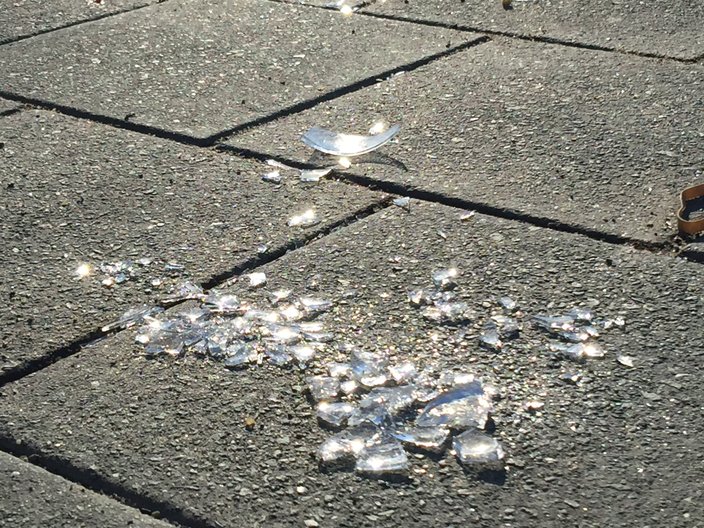 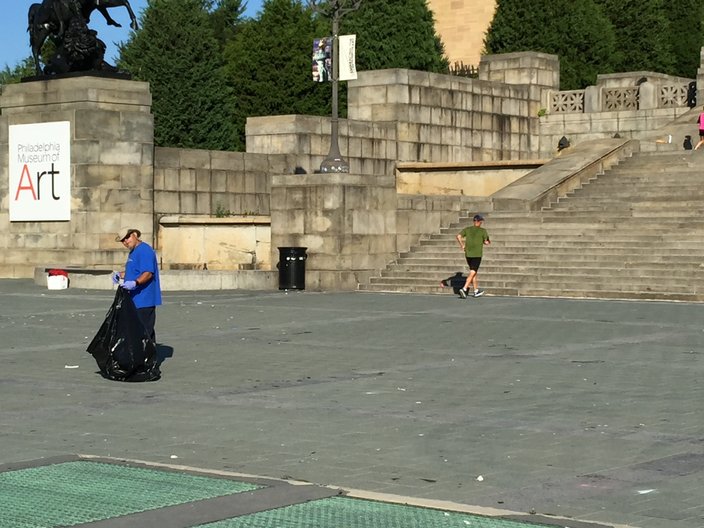 A man in a blue 'STAFF' T-shirt cleans up garbage left behind near the Rocky Steps after Thursday night's Diner En Blanc gathering. 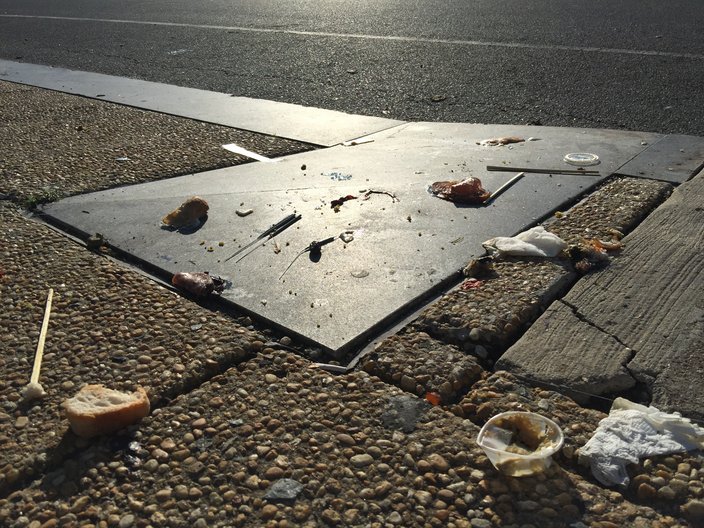 Apparently carrying your own table to Diner en Blanc means you needn't clean up after yourself before you leave for the night.

This mess was just 50 yards away from where, a day earlier, a homeless person slept under a sheet on a grass median across the street from the Rocky Statue.

It’d be a cheap shot to draw attention to that, though.

Yes, our schools need funding and the students need supplies and nurses.

Yes, our pension fund could become the iceberg that ruptures Philadelphia’s hull.

But if people prefer to finance a temporary bastion of bougie behavior for a fleeting few hours, that’s their prerogative, even if that feeds into a brand of divisiveness which creates intractable battle lines.

Now, I loathe everything about the event. If you follow me on social media – and I apologize if you do – you’ve known that for a few years now (see here and here for evidence).

I even took to Twitter last evening to continue my grand tradition of #DEBPHL16 hatin’. To wit:

"Wave your napkins in the air to let victims of the Louisiana floods that we're thinking of them tonight!" #debphl16 pic.twitter.com/O1v2mfVO4v

"Ok everyone, light your sparklers to send light + love to everyone impacted by the onerous estate tax." #debphl16 pic.twitter.com/iyd2BHQBpr

Anyway, others got in on the hatin’ this year, as well. Here are 10 noteworthy disses:

Anyone have suggestions of how to fill water balloons with red wine without spilling the wine?

Do you guys remember that time that whale exploded in a street? Maybe it'll happen again at dinner en blanc #debphl16

#debphl16 The most hipster thing ever.

Normally, this would be the part of the column where I'd seek out balance, namely the inclusion of pro-#DEBPHL16 tweets. But not today.

I don't understand the appeal of said event, and never will, so I wouldn't do any sort of positive spin justice. If I was inclined to even give it a try in the first place. Which I'm most certainly not. There's me, there's people who think DEB is the best party in Philly and there's an impassible demilitarized zone between us.

But know this, people already excited to leave enough trash behind to make a maintenance man's morning hellish in 2017: I don't want you to take your macaroons and Coldplay and dreams of blind-date success and bubble machines away ever. It's too much fun to judge you from afar. And trust me: I will revel in doing so for as long as we all shall live.