Dion Jordan could probably be had for a reasonable trade offer: Should the Eagles have interest? 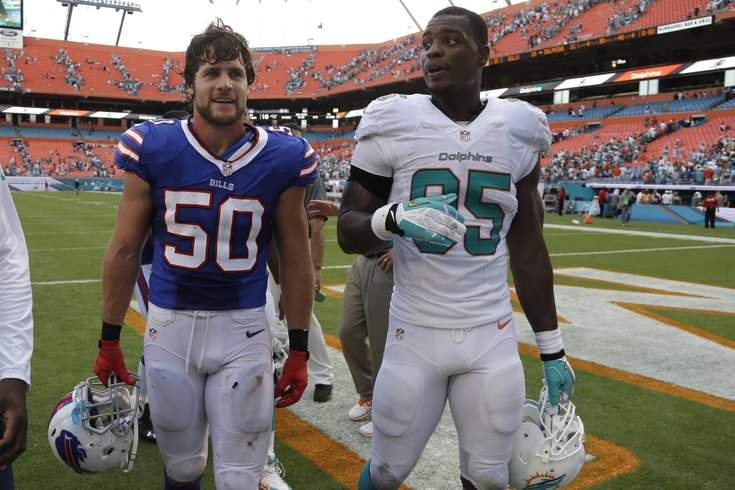 The Eagles already traded for one of these guys. How about the other?

In the 2013 NFL Draft, the Miami Dolphins traded up from the 12th overall pick to the 3rd overall pick to select Chip Kelly's former stud OLB at Oregon, Dion Jordan. The Eagles, who were sitting at pick #4 got leapfrogged by the Dolphins, and had to "settle" for OT Lane Johnson.

Less than two years later, in the latest episode of "Dion Jordan continues to wear out his welcome in Miami," Jordan is skipping voluntary workouts, which is leading Dolphins reporters to believe he's a goner. Unlike a year ago when the Eagles were rumored to have interest in Jordan, this time around he could be had in a trade on the cheap. 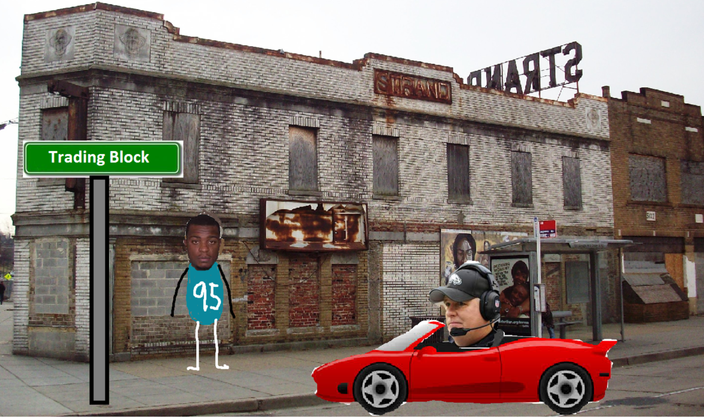 The Eagles are thin at outside linebacker. They are set at the starting spots, with Connor Barwin and Brandon Graham both locked into long term deals. However, depending on what the team thinks of 2014 first round pick Marcus Smith (and it would seem expectations are low), the Eagles could be in the market for another edge rusher.

In 2013, Jordan's rookie stats were far from impressive, but they didn't adequately tell the story of the solid rookie season he really had. The following two-part series by ChipWagon.com shows Jordan's versatility, and the impact he had on games that didn't always show up in the stat sheet. They're lengthy reads, but worth your time if you really want to learn more about what kind of player he can be in the Eagles' defense:

Evidence shows that Chip Kelly and Co have had interest in edge rushers during the pre-draft process, as they have brought in several of them for visits to the NovaCare Complex. That list includes the following players (you can click the links below for analysis of each player):

• Benardrick McKinney, ILB, Mississippi State (The Eagles may view McKinney as an OLB)

Eagles VP of Player Personnel Ed Marynowitz has stated that the Eagles have eight picks in this draft, and they want to use all eight, or more. Trading for Jordan wouldn't necessarily require giving up one of those picks. Earlier this week, we identified six Eagles players as being potential trade bait for other teams around the league. They were (in alphabetical order): Brandon Boykin, Sam Bradford, Fletcher Cox, Vinny Curry, Mychal Kendricks and Evan Mathis.

Bradford, Cox, and Kendricks have far more value than Jordan at this point, so you could rule them out as potential player-for-player trade options, but Boykin, Curry and Mathis could all make some sense in a swap. 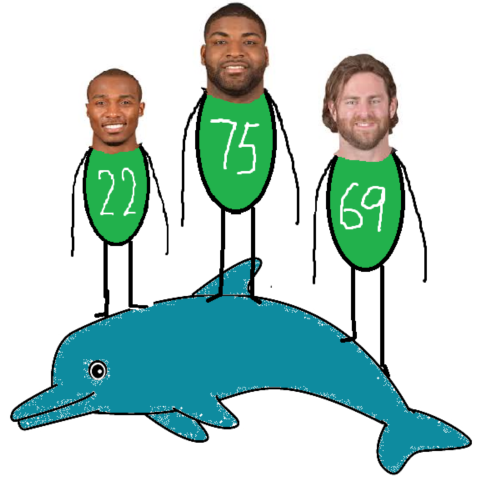 • Brandon Boykin: Boykin was previously reported to be on the trading block, with the Dolphins potentially having interest. Obviously, there's a limit to the value the Eagles place on Boykin, who has never really been given much of a chance to win a starting job on the outside. He's entering the final year of his rookie deal, and it seems unlikely they'll be able to retain him after the 2015 season.

• Vinny Curry: Of the three players named here, Curry is the only one not to have been connected to the Dolphins in any reports. However, he would be a good fit in the Dolphins 4-3 DE rotation, who could kick inside to DT as an interior pass rusher on obvious passing downs. A pass rush of Cameron Wake, Olivier Vernon, Ndamukong Suh, and Vinny Curry on 3rd and 8 would be nasty. Curry is a productive player, but like Boykin is in the final year of his rookie contract. If the Eagles don't think they can retain him after the season, it may make sense to get something of value in return now before you lose him after the season for nothing.

• Evan Mathis: The Dolphins were previously reported to have interest in Mathis:

NEWS: The Dolphins are one of the teams that have contact the Eagles about Evan Mathis. Tannenbaum is not messing around.

The Dolphins later denied that report. The Eagles have tried to trade Mathis in each of the last two seasons, and Mathis would make sense for the Dolphins, who are very thin at guard. Like Jordan, Mathis is currently skipping voluntary workouts.

If the Eagles could trade any of the above three players for Jordan, that might be a lot better in the minds of the Eagles than parting with a draft pick.