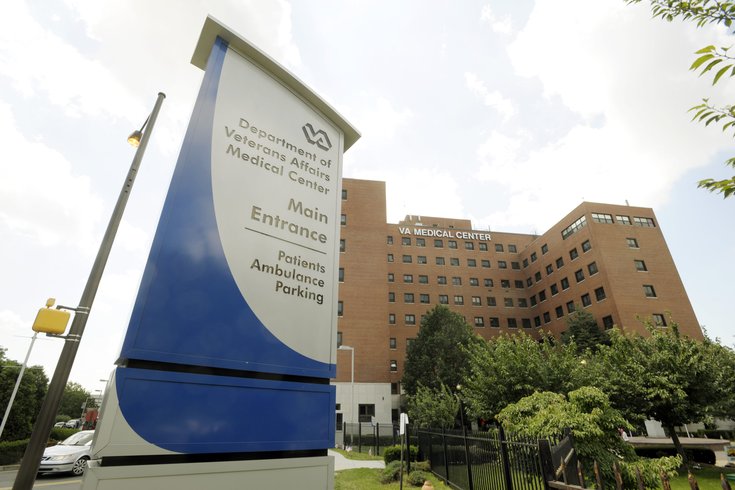 The incident occurred as the victim, whose name has not yet been released, sought psychiatric treatment at the facility in Philadelphia, according to The Daily Beast. Because the incident occurred on federal property, the investigation is being conducted by the VA police department.

A spokesperson for the VA, Fern Billet, did not confirm whether the man's death was considered a suicide. At the scene, officials said that the victim was a white male, approximately 5'7'', who was identified by a witness based on a distinctive backpack he was wearing.

The witness said the victim left the VA waiting room and jumped from a parking deck, striking a utility building and losing his shoes before falling to the ground. The body was removed from the scene as VA police and federal officials began an investigation.

In April, amid a wider federal probe of mismanagement at the VA, the Philadelphia Regional Office was identified as the nation's most problematic site. An audit of the Philadelphia office found significant delays in the processing of disability and pension claims, including manipulation of claim dates and late responses to more than 31,000 inquiries from veterans, widows and potential beneficiaries.

At the time, VA Assistant Inspector General Linda Halliday said the culture at the office was compromised by a "fear of reprisal" among employees who were "trying to do a good job." Eleven employees were subject to potential discipline pending an opportunity to address the audit's claims of ineffective leadership, confusing policies and workload issues.

The Philadelphia VA came under fire again in July after a staff psychiatrist, engaged in a Facebook argument about the Second Amendment, told a veteran to "off yourself, please." Both the psychiatrist and the VA apologized for the comment, but it was not clear what if any disciplinary action was taken.

Approximately 825,000 veterans in eastern Pennsylvania, southern New Jersey and Delaware are served by the Philadelphia regional office, which contains one of three VA Pension Management Centers in the United States.

The incident involving the disabled veteran remains under investigation.