André 3000 admits he doesn't know how to pronounce 'Schuylkill' 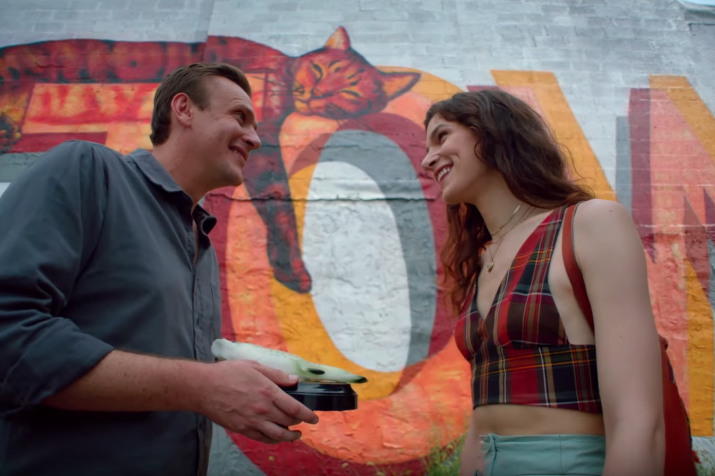 Jason Segel loves Philly — a fact he embraces in the newest behind-the-scenes video for the AMC series, "Dispatches from Elsewhere."

The show stars Segel, Sally Field, André Benjamin (better known as André 3000), and Eve Lindley as four lost souls who find each other through an adventure game. Based in Philadelphia, the show was molded to fit the city's culture — something the cast and crew talk extensively in "Love Letter to Philly."

The show was filmed throughout the city, from Fishtown, where Peter's (Segel) job is located, to South Philly. And the show will highlight the city's murals, folk art, and mosaics.

"Philly's known for its grit, but it also has more murals than any other city in the country. It embodies the spirit of the show in that way," Segel says in the video released Monday.

"The show was re-written for Philadelphia, specifically to incorporate that part of the character of the city," Jeff Freilich, executive producer, says. "You know, I think Philadelphia inspired that change in the writing and the storytelling in a way that I've never seen a location do before."

Benjamin, who was seen busking throughout the city during filming, walked everywhere during his time here. "From Old City to Chinatown to Rittenhouse ... to that funny-named river I can't pronounce to the other river. Penn's Landing. Keep walking."

"Dispatches from Elsewhere" will premiere on Sunday, March 1 on AMC at 10 p.m. Following the premiere, the network will show the second episode on Monday, March 2. Episodes will continue to air on Mondays at 10 p.m.