'It is just one small thing, but we are helping however we can,' said one shelter leader 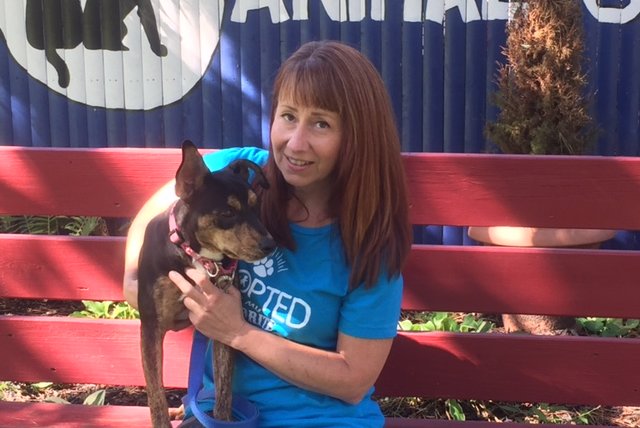 For Antonio, a shelter dog from Texas displaced by Hurricane Harvey, it is gonna be the long way home.

The dog, a frolicsome miniature pinscher mix, goes up for adoption this coming weekend, when a 10-day health hold ends, according to Jennifer Bailey of the Voorhees Animal Orphanage in South Jersey.

He's chilling in the meantime.

But there are 20 or more in line behind him which will also soon by looking for a forever home when adopted out of VAO.

The orphanage originally thought they were getting the whole lot all at once.

But most of the pack are being held and treated for upper respiratory infections at the St. Hubert's Animal Welfare Center in Madison, New Jersey.

To be clear, these are not dogs rescued during the hurricane.

These are animals which were in shelters in and around Houston and were flown North for adoption so incoming strays could be housed in shelters near where they were recovered, increasing the chances for missing dogs to reconnect with their original owners, Bailey, a board member, explained.

Volunteer pilots known as Wings of Rescue flew numerous shelter dogs into Morristown, New Jersey, on Aug. 29 in a transport organized by the Humane Society of the United States.

St. Hubert's then sorted the dogs out and sent some off to partner shelters, such as Voorhees Animal Orphange and the nearby Animal Welfare Association, also in Voorhees. 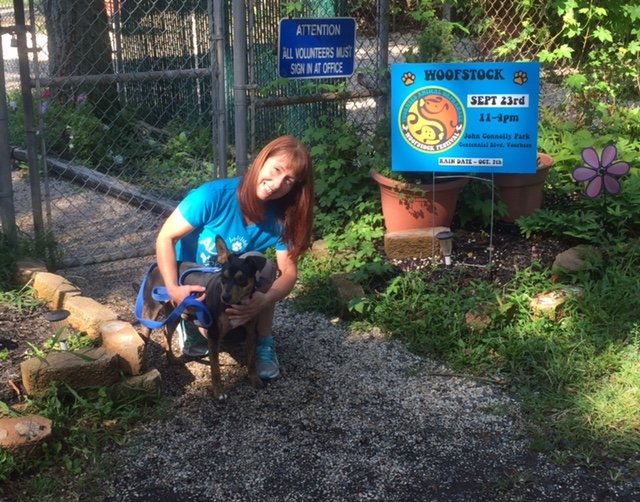 Antonio, a displaced Houston dog, will be available for adoption this coming weekend. He's about 10 months old and likely a miniature pinscher mix, according to worker Jennifer Bailey.

And while Antonio, who appears to have a sweet temperment, but still needs to be cat-tested and neutered before adoption, should get adopted quickly, another concern for VAO is getting some of the 40 or so dogs already available at the shelter adopted out soon to free up kennel space.

Bailey said no cats have come through via Harvey, but the shelter has a "plethora" of local cats and kittens on hand.

The shelter holds an annual Woofstock event Sept. 23 at John Connolly Park in Voorhees on Sept. 23. Details are here.

The VAO is always looking for support, both monetary and supplies, such as food, detergent, paper towels and trash bags, if readers want to help without adopting.

"It is a massive disaster," Bailey said of the historic hurricaine.

"It is just one small thing, but we are helping however we can," she said of aiding the displaced dogs.