Documentary film by Olympic skater seeks conversation about a taboo subject in the sports world. 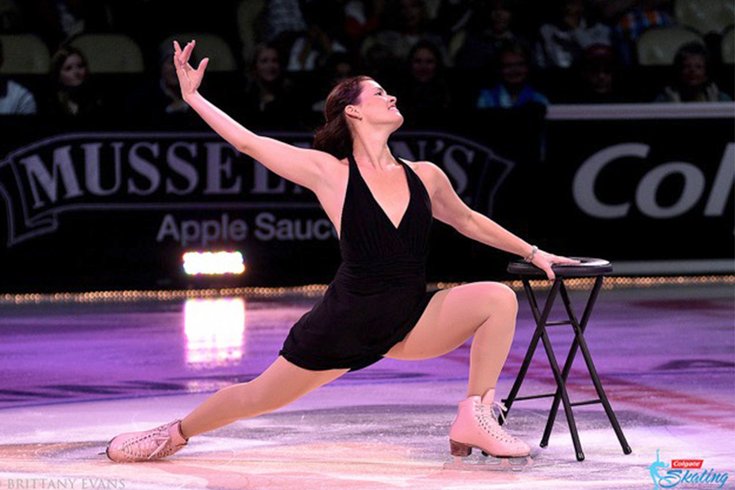 Nancy Kerrigan performs on the ice. Her documentary film is intended to initiate conversation about eating disorders in all sports, a taboo subject among parents, coaches and athletes, Kerrigan told PhillyVoice.

As a young figure skater in the mid-'90s, I was the proud owner of a stack of figure skating trading cards I’d collected from a popular magazine. Each card featured the image of an elite figure skater, her notable achievements, and, most notably, her height and weight. I can still recall those enviably lean statistics more than two decades later. Then, I was convinced a childlike BMI was compulsory for top-tier ladies skaters, who must either be naturally waifish or supernaturally disciplined.

Last year, one of those '90s skating icons, Nancy Kerrigan, revealed she’d been secretly suffering from disordered eating during her widely publicized run for the 1994 Olympic gold. Amid news that two top skaters from the 2014 Olympics, Yulia Lipnitskaya of Russia and Gracie Gold of the United States, had dropped out of contention for the 2018 Olympics to seek treatment for serious eating disorders, Kerrigan also announced she’s the executive producer of an upcoming documentary about athletes, food, and body dysmorphia called "Why Don’t You Lose 5 Pounds?"

While Hollywood buzzes over the biopic "I, Tonya," which chronicles her infamous rivalry with disgraced skater Tonya Harding, Kerrigan has “nothing to say” about the movie. Instead, she wants to generate buzz about her own project.

The poster image for the documentary film is difficult to take in. It’s a picture of a young adult female gymnast balancing on a scale that reads 85.2 lbs. That number associated with a post-pubescent athlete is alarming to me, a grown woman, who knows how dangerous maintaining such a low weight can be. But that number might seem ideal to a child hoping to take up a sport like gymnastics or figure skating. Remembering my early exposure to weight, measurements, and calories – without any truly sobering context – I believe Kerrigan’s film is long overdue and may become essential viewing for up-and-coming athletes.

I reached out to Nancy Kerrigan about the mission behind the documentary. She explained that the film is meant to initiate a conversation about eating disorders in all sports. It’s a conversation many parents, coaches, athletes, judges, and officials are nervous to participate in, especially publicly, because of the associated taboo.

“I deal with this with my own kids, two of whom are young, competitive gymnasts,” Kerrigan said. “I have to watch carefully how I explain to them what to eat and why or how to exercise. I catch myself sometimes, with the best of intentions, saying that maybe they should eat less of certain foods or maybe they should do more cardio or lose a couple of pounds.

"And if I don't explain what I mean, I realize afterwards there is a chance that they could interpret my comments in the wrong way and start doing things for the wrong reasons,” she added.

One of the defining characteristics of any eating disorder is secrecy, the need to veil poor health with a perfect facade. Deconstructing that facade and educating athletes about the positive correlation between fitness and performance starts with simple awareness. Kerrigan emphasized the importance of “good, old-fashioned communication,” which “goes a long way to helping people avoid interpreting comments or feelings that, if misunderstood, can lead to varying degrees of complication [with eating disorders].”

“Old-fashioned communication” might seem like too simple a solution to a problem as complex as eating disorders, but for skaters, coaches, judges, etc., speaking candidly about eating disorders is anything but “old-fashioned.” But with the rise of social media and the additional scrutiny it imposes on young athletes, the sport has reached such a crisis point that honesty is the new necessity.

Decades ago, a figure skater might secretly retire due to an eating disorder glossed over as injury or burnout in the press. Few athletes have come forward after the fact. Christine Brennan detailed the truly devastating account of 1993 U.S. silver medalist Lisa Ervin in her 1996 exposé, "Inside Edge." Three-time U.S. bronze medalist Jennifer Kirk gave a thorough, two-part interview about her eating disorder to Lesleyann Coker for HuffPost in 2010. But the global skating community has failed to respond adequately to its athletes’ cries for help, even as eating disorders have become so pandemic as to diminish the Olympic teams of Russia and the United States.

Until recently, television sports commentators simply did not acknowledge the issue of eating disorders in figure skating and occasionally issued disparaging remarks about athletes’ bodies during live broadcasts. NBC commentator and 1998 Olympic gold medalist Tara Lipinski even promoted a 1,200-calorie diet in a 2015 edition of "People" magazine.

Now, because of the honest admissions of high profile stars like Gracie Gold, tides are reluctantly turning.

During NBC’s broadcast of the 2018 U.S. Nationals earlier this month, a flashback picture of a victorious Gracie Gold winning the 2014 Nationals preceded a voyeuristic real-time shot of her sitting in the audience as a fan. Her smile flattened as the camera zoomed in.

“Look at that image, [a] triumphant moment for Gracie Gold,” announcer Terry Gannon gushed over the photo.

“A National Championships, she went to the Olympics..." he intoned "Here she is tonight, watching the action in San Jose, has stepped away from skating, an eating disorder, and treating anxiety and depression.” 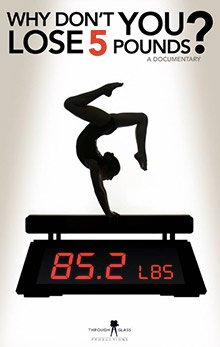 The image on the poster for Kerrigan's documentary is alarming to some.

Gannon’s clipped and rather glib commentary sounded, quite frankly, like a line out of "The Hunger Games." While it’s crucial that skating openly acknowledges the prevalence of eating disorders, this was not the way to do it.

It’s likely Gold was experiencing disordered eating when that cherished 2014 photo was taken. Jennifer Kirk, who estimated that “85 percent of skaters have suffered or are suffering with various forms of disordered eating,” explained the lure of eating disorders in a recent interview with CBC Radio.

“I think the most insidious part of eating disorders is that, at first, you receive a lot of compliments. So the first season that I was struggling, I had my best season to date. I medaled at U.S. Nationals, I was on the world team, I medaled internationally, and so it’s something where you believe that what you’re doing is OK,” she said.

I believe the future of figure skating is up in the air. A judging system that rewards extra rotation and uncanny contortion incentivizes skaters’ pursuit of undernourished physiques, which too often destroy their careers before they reach their full potential.

Ultimately, though, the Olympics are a momentous occasion and figure skating has long been one of its premier events. I do hope people around the world will watch and enjoy the sport that once stole my heart on its grand stage in Pyeongchang.

And I hope those same fans will watch Kerrigan’s documentary when it’s released, for some perspective on how sports like figure skating can also steal a person’s health.