Doing a California: What would PA look like if it broke up into multiple states? 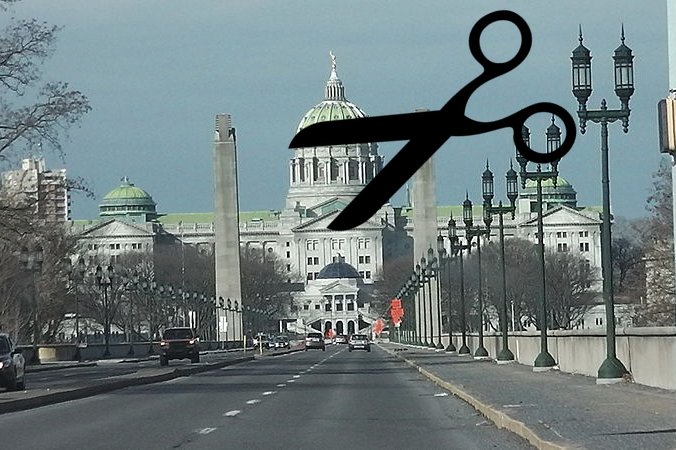 Illustration by PhillyVoice/images via Wikipedia Commons

If you haven’t heard by now, California will vote on Nov. 6 to either keep California the way it is, or split it up into three separate states. The idea comes from Venture Capitalist Tim Draper, who believes breaking up the state will lead to improvements in infrastructure and education while lowering taxes. According to the Los Angeles Times, there have have been more than 200 attempts to change California’s boundaries, including a similar proposal in 1993 that sought to split the state up into three states, but failed.

With more than 600,000 from the Golden State having signed a petition circulated by Draper, last week, Secretary of State Alex Padilla determined the initiative is eligible for a spot on the fall general election ballot. Despite that, the measure only has a 17 percent approval rating from registered voters, according to Mercury News. If voters approve the plan, it would break up the state into California, Northern California, and Southern California.

And if successful, it would be the first division of an existing U.S. state since West Virginia broke off from Virginia in 1863.

So, what about Pennsylvania? This is all hypothetical, of course, but while California may have its political and economic reasons, the truth is, if you look at most states, there seems to be some division everywhere. You have New York City and upstate New York; South Jersey versus North Jersey versus that part of Jersey that’s really just an extension of New York City. Even south Louisiana and north Louisiana is like night and day. (Trip tip: Don’t go to north Louisiana. Sincerely, Everyone from south Louisiana.)

A lot of people in states have a running joke that they should just split up since they’re not like whatever part of the state they disagree with. One could even look at Pennsylvania and make the same kind of remarks. Pennsylvania could potentially be broken up into East Pennsylvania, Pennsylvania, and West Pennsylvania. Sports would become almost an act of war, as if it isn’t enough of one already. Penn State and Temple could get interesting. The fight over the best Philly cheesesteak would end in contest with Pittsburgh making Philly the true king. (Remember that time they won “Best Cheesesteak in Pennsylvania,” in what would be one of the greatest upsets this state has ever seen? They can’t truly win if they’re not in the same state – just saying.)

If Pennsylvania or New Jersey floated such an idea, in what ways do you think things would change?