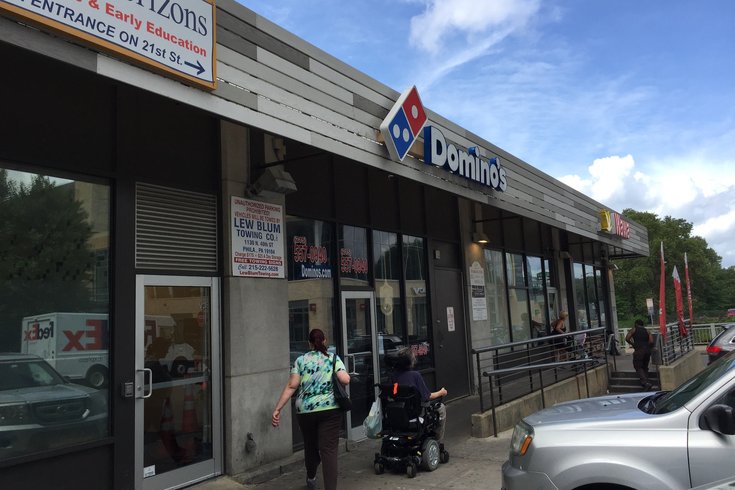 One day after a customer found poop in her Cheesy Bread delivery box, the Domino's Pizza location near 21st Street and Pennsylvania Avenue was temporarily closed for business.

Still want Stuffed Cheesy Bread from the Domino’s Pizza location near 21st Street and Pennsylvania Avenue, even after hearing the story of a customer who allegedly found poop in the delivery box?

Well, you’ll have to wait until next Monday at the earliest, as the location has apparently voluntarily shut itself down.

That temporary closure has left the front windows of the Rodin Place store covered by a dark tarp, with knocks on the door going unanswered Tuesday morning.

According to a company spokeswoman and signs posted on the windows, the action is not related to allegations made by Marta Rusek, the Rittenhouse Square woman who shared pictures of the disgusting discovery she made Sunday night.

Rather, the pizza shop is being renovated.

“The store is currently undergoing a long-scheduled reimaging this week and will re-open next week,” said Jenny Fouracre-Petko, Domino’s director of public relations.

Rusek said she filed a “report of indecency” on Monday night at the Philadelphia Police Department’s 9th District, which is located just steps away from the Domino’s shop.

She also sought both medical attention and legal advice.

“The good news is that I did not get food poisoning,” she shared Tuesday morning. “Unfortunately, the folks at the Jefferson Urgent Care told me that things like Hep A have a longer incubator period, hence the regular check-ups I'll need to go to for the next several months.” 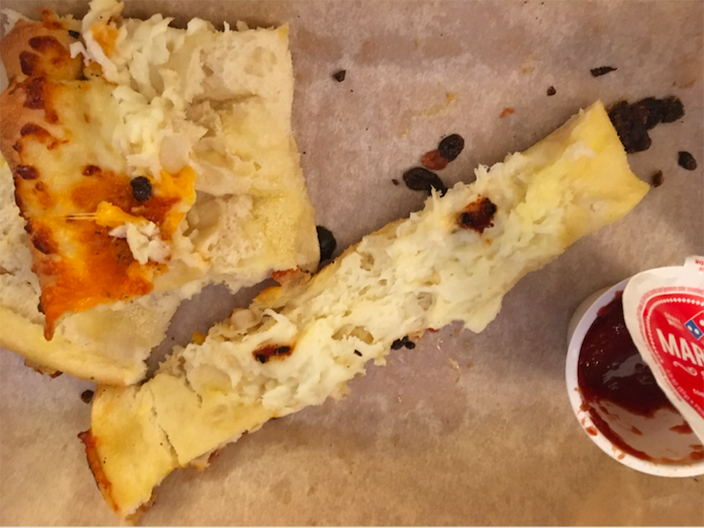 Fouracre-Petko said the store's franchisee “reached out to the customer to discuss her concerns,” which Rusek confirmed.

“I will say he was very professional when he called me last night,” Rusek said. “He did imply that I'm making this all up, but he was still professional.”

"Pablo kept saying over and over again 'None of my employees would do this.' He emphasized that there were cameras everywhere. He also kept saying 'I’m not saying you’re making this up, but...'”

This wasn't the first time she's taken issue with deliveries from that location, either. Rusek noted that she's complained about late deliveries and burnt food.

"Both times, I was offered a free pizza or a refund," she said, noting that she made a call about tardy deliveries that very night. "Throwing poop on food is not the way to get free pizza."

When PhillyVoice reached out to the man on Tuesday morning, he identified himself as a district manager rather than the location owner and said he would be happy to talk if Domino’s legal team gave him the green light to do so. (Should he respond later Tuesday, this story will be updated.)

Representatives from the city Health Department’s Office of Food Protection were initially unable to gain access to the location early Monday afternoon, but have since made contact. 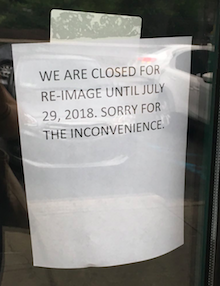 One of two signs posted on the window at Domino's Pizza, 401 North 21st Street.

Fouracre-Petko said that the “last health inspection of this store was good” and inspectors will “re-examine it, as is the protocol, before it re-opens next week.”

James Garrow of the Department of Public Health confirmed that a “Health Department sanitarian” visited the location on Monday “in response to online complaints.”

“The sanitarian was unable to conduct an inspection of the establishment. This facility was last inspected on March 27, 2017 and found in compliance,” he said. “Our sanitarian spoke with the owner and confirmed that this establishment will be inspected when they re-open.”

Fouracre-Petko said the renovations are part of a nationwide “reimaging (project) that began about four years ago.”