Don't like the soda tax? Alternatives bubble up in Philadelphia City Council

Among the ideas: a container tax, fees on ridesharing services and better enforcement of the existing liquor tax.

While Mayor Jim Kenney's three-cent-per-ounce tax on sugary drinks awaits a vote by City Council – due by the end of the month – several alternative means of funding the mayor's proposed projects are bubbling up at City Hall.

The mayor has said the new tax would raise a projected $95 million annually to fund a universal pre-K program, community schools and body cameras for police officers.

City Councilwoman Blondell Reynolds Brown (D-At Large) presented a bill to Council on Thursday that would create a tax on not just sweetened drinks, but nearly every beverage sold in city stores. The "container tax" would slap a 15-cent fee on any container larger than seven-ounces, that is not reusable by the distributor.

While the sugary drinks tax that would target beverages with added sugar – soda, ice teas, sports drinks and the like, but not diet sodas – Reynolds Brown's proposed tax would target all beverages except for baby formula, fountain drinks, milk and milk substitutes (soy milk, almond milk, et al.)

In an interview Friday, the councilwoman said her plan would be a less regressive tax than Kenney's proposed sugary drinks tax and would "cast a wider net" over several products, instead of sticking the soda industry with the lions' share of the tax.

"I think this is more fair and it sticks to what I'd call 'shared sacrifice'," she said.

In deciding on a container tax, Reynolds Brown said her staff looked at soda tax proposals in other cities, and considering such taxes have been killed in California in Richmond and San Francisco,  she said she hoped a container tax would have more success.

The funds from a container tax, she said, would be used for universal pre-K and community schools. They could also be used to support mayoral initiatives to refurbish the city's parks, recreation centers and libraries. But she said she wouldn't support that plan unless there was a guarantee that communities would be involved in decisions on how to improve their own civic spaces.

"I want local residents' (input)  as part of the rebuild," she said. "If that doesn't happen, then I'm not for the rebuild."

Asked if she supports the sugary drinks tax, Reynolds Brown demurred, directing the conversation back to her proposal for a container tax, saying it's a "Plan B" if Kenney's tax proposal doesn't pass through Council.

"You always have a Plan B if Plan A doesn't work," she said. "If you throw multiple ideas in the hopper, you'll actually have a better outcome."

On Thursday, Kenney responded to the container tax plan, saying it wouldn't raise enough money to cover his proposed initiatives.

But, Reynolds Brown's plan isn't the only alternative bouncing around City Hall.

Early this month, City Council president Darrell Clarke (D-5th) was reportedly discussing the possibility of presenting a similar tax of about one-cent-an-ounce or less.

On Thursday, Councilwoman Cindy Bass (D-8th) said the city is only collecting a fraction of the existing liquor-by-the-drink tax. Enacted in 1995, a 10-percent tax on any liquor, wine or malt and brewed beverages sold in the city produces revenue set aside for the school district.

During an interview on Thursday, Bass said the tax could raise millions for Kenney's proposed initiatives, if it was collected correctly.

Bass said bar owners tell her that tax isn't collected properly and is collected on something like an "honor system."

"It's an honor system," she said. "It's almost like a self-reporting system."

By failing to monitor owners of liquor licenses in the city, lax enforcement could be costing the city millions of dollars of potential annual revenue, she said.

In council, Bass suggested the city might raise an additional $36 million a year if this tax was more strictly enforced.

In an interview Thursday, she said that number could even double to more than $70 million annually.

"Every year about $36 million a year goes uncollected in Philadelphia," she said. "But, I think it's double that... It could be in the seventies or more."

Bass said she knows of bars and corner shops that sell "beer, liquor and candy" in her district aren't correctly paying what they owe to the city.

"They aren't paying taxes on their revenue," she said. "And the City of Philadelphia is a couple of years behind because that's what they do."

Even though the liquor-by-the-drink tax is earmarked for the school district, the councilwoman said some of Kenney's initiatives – namely plans for community schools and universal pre-K programs – could tap into those revenues. 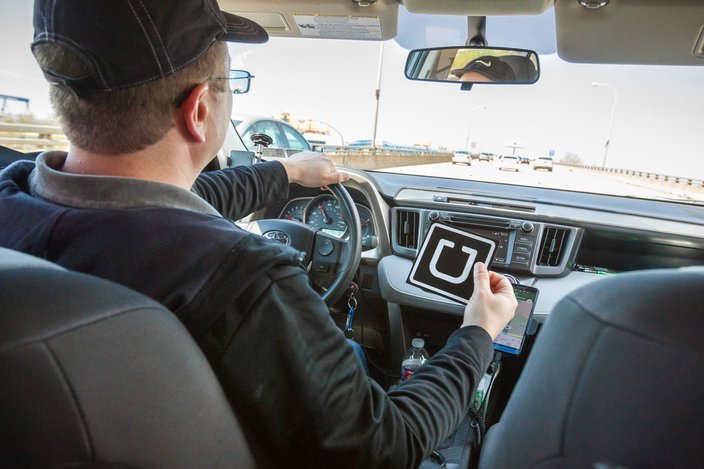 A bill introduced Thursday by City Councilman David Oh would levy registration and operating fees on ridesharing services like Uber and keep the money in Philadelphia.

Presented to council on Thursday, a bill proposed by Oh would institute registration and operating fees on ridesharing services like Uber and Lyft – and keep those revenues in Philadelphia.

Under the bill, drivers for Uber, Lyft or a similar "transportation network company" would be licensed by the Philadelphia Streets Department in order to operate in the city. A license would require a $100 application fee, $500 for an license fee and a $500 annual renewal fee. Conservatively, the licenses would generate about $10 million in additional revenues, he said.

The bill, Oh said, would keep those revenues under the city's control.

In every county in the state except Philadelphia, drivers for these types of services are regulated through the Pennsylvania Utilities Commission. In fact, the PUC recently slapped Uber with a $11 million fine.

A bill in Harrisburg would see these types of services regulated through the Philadelphia Parking Authority.

But in an interview Friday evening, Oh said PPA is a state-controlled entity and any funding raised through registrations and licensing for operating in Philadelphia would go to Harrisburg.

"I like Uber and Lyft, but they should be part of our transportation ecosystem," said the councilman.

"We should regulate this, get a fee for regulation and a fee for operating," he said. "We need to look at these types of things..."

"The question is, who gets the money from Uber and Lyft," he said.