Hey look, the 'no grocery tax' folks are rallying behind a grocery tax

In proposing a 'container tax' in lieu of the soda tax, bottlers' minions prove to be deceptively hypocritical at best 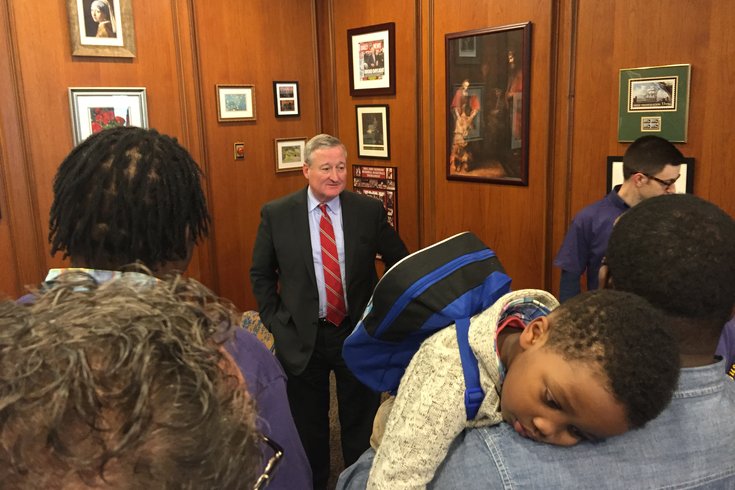 The time is right for Philadelphia citizens to rise up and demand an IQ test for City Council aspirants. Look no further than the apparent embrace of Blondell Reynolds Brown’s “container tax” suggestion for evidence.

For weeks now, soda bottling honchos and their propagandized minions have banged the “regressive tax” gong at every turn, bellowing into bullhorns about how tacking an extra 3 cents per diabetes-enabling fluid unfairly targets the poor. (Their argument, of course, ignores the fact that bottlers themselves are those who make it so daggum regressive.)

Sorry, but I’m not prone to believe that the industry, which clearly has enough money to fund a fantastical “no grocery tax” campaign to fend off a national precedent, would have to slash jobs if its profit margin was diminished a wee bit.

Well, in all its “wisdom,” some on council warmed to Reynolds Brown’s idea to impose a 15-cent tax on containers, regardless of what non-dairy liquid’s found therein.

So, here’s the first question on the aforementioned IQ test:

1. Which of the following qualifies as a “grocery tax”?

b) A levy on a whole bunch of beverages including water, which is necessary to, you know, live.

That Council Majority Leader Bobby Henon saw the latest proposal as a gateway move toward sapping consumers at every turn is at least refreshing.

That Council President Darrell Clarke deemed it “quite an interesting idea” is at worst frightening insofar as it shows a collective of 17 elected officials huffing and puffing and trying its hardest to complicate what is a simple issue.

The idea that universal pre-K and improved rec centers for all means that all should shoulder the tax burden sounds noble, but it isn’t. Many Philadelphians can already afford to send their kids to pre-K. My family is among them; maybe yours is, too.

The greatest value of universal pre-K is its promise of providing those who can’t afford it with access. Relying on semantics – i.e. the use of the word “universal” – to say “the tax should impact all” is intellectually dishonest, unless you’re willing to admit that it represents the “grocery tax” scare-phrase that’s framed the debate till now.

The container tax would become a more onerous tuition tithe from those folks the bottling-industry machine claimed it was looking out for all along. It is the regressive tax that the soda levy never actually was. Contradictions are now built upon contradictions.

“This is money that’s available, that’s affordable to the companies if they decide not to pass it on [to consumers], and I think they probably won’t pass it along because they want to maintain that market share of the stuff that they’re selling in poor neighborhoods." – Mayor Jim Kenney

Even though the pro-tax contingent is loath to frame it as a health issue – they’ve seen the American Beverage Association-funded folks already win those battles – it is.

But it’s also the mechanism through which Mayor Jim Kenney’s administration projects it can raise enough revenue to fund those initiatives, sooner rather than bogged-down-by-debate later. (Tick tock, Council. Your spring schedule ends in less than a month.)

Kenney talked about that with a small group of pro-tax Service Employees International Union members in his City Hall office on Thursday. After thanking them for their work, he fielded questions about that container-tax proposal.

“This is money that’s available, that’s affordable to the companies if they decide not to pass it on [to consumers], and I think they probably won’t pass it along because they want to maintain that market share of the stuff that they’re selling in poor neighborhoods.

“If the tax is imposed, and the money generated from that tax stays in those poor neighborhoods to provide quality pre-K, community schools and decent facilities for our kids to play in and learn, if that’s not understandable, I don’t know what else to say other than the ‘container tax’ is not enough money. … We’re at three cents (per ounce), and all the jumping through hoops is not going to change the fact that that’s where the money can come from with very little pain.

“Talking about defying logic: On one hand, you say this is a tax that’s going to affect poor people; on the other hand, you put in a piece of legislation that affects poor people. Every single plastic bottle, whatever’s in it, would be taxed, as opposed to the sugary, sweetened beverages that you can make a choice to buy or not.

“In the end, it’s got to be the sugar/sweetened beverage tax at that number or we can’t pay for what we need to pay for.”

Normally, I get worried when a politician’s words match my inner monologue on an issue, but not this time. Kenney’s take is justified.

I asked him if he’s as sick of hearing about the soda-tax shenanigans as I am.

“I’m not sick of it. It’s my job. I ran for mayor and I knew there were going to be difficult discussions and decisions,” he said. “I’m not sick of it, but I’ll be sick if we don’t pass it. That will make me sick to my stomach, yes.”

Then, we got to talking about the monied opposition he faces.

“I expected that when you have billionaires who can fund multi-million dollar campaigns, similar to an election campaign, to twist the facts and get on TV more than the proponents of the tax, yeah I expected it,” he said. “They will fight tooth-and-nail to keep this from becoming a national precedent because they know people are starting to understand their maneuvers.”

Yep, they sure will, and if City Council helps them win a deceptively-framed propaganda battle, the only thing that's regressive would be their vision for Philadelphia's future.