Meh: Doug Pederson said Chase Daniel could be a starter a month ago 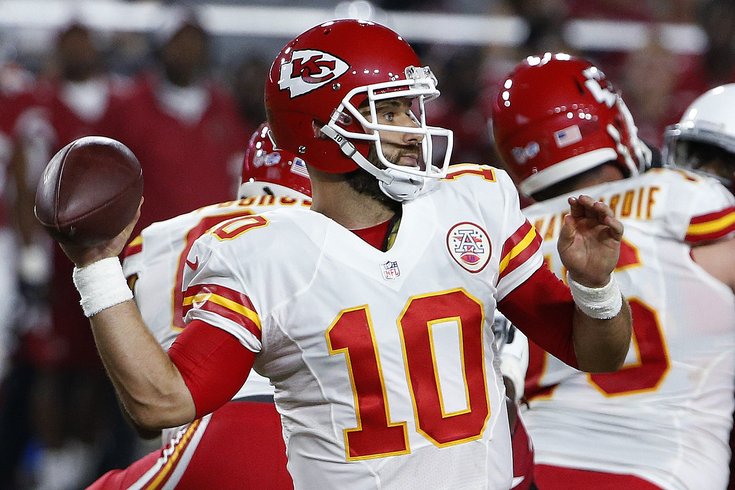 Ever since he was hired to be the Eagles' head coach, Doug Pederson has responded with glowing reviews anytime he has been asked about any player or coach.

Yesterday, NFL.com's Ian Rapoport created a bit of a stir when he tweeted that Pederson thinks of Chase Daniel as "more than a backup."

Was asked about #Eagles QB situation: One name to watch is #KCChiefs FA QB Chase Daniel. Coach Doug Pederson views him as more than a backup

That's the eighth grade equivalent of liking a girl more than just a friend. Dare I say, Pederson "like-likes" Daniel?

Meh. Daniel was immediately identified by Philly fans and media as a potential player of interest the day Pederson was hired. Daniel played for Pederson with the Chiefs, and at 29 years of age, 2016 will be his eighth year in the NFL. He is well-regarded but has never gotten the chance to play, as he has been buried behind healthy quarterbacks like Drew Brees and Alex Smith. Daniel would be all too familiar with what Pederson would expect of him, and vice versa.

He could be a stable, less expensive option at quarterback who could serve as a bridge to a rookie quarterback, if that's the direction the Eagles are planning on going.

In a sense, the Eagles could view a Daniel-rookie combo as their new 1-2 at quarterback, kind of similar to a "Doug Pederson-Donovan McNabb setup" back in 1999.

Pederson was even asked about Daniel in a more private "off the podium" media session the day he was introduced as the Eagles' new head coach.

"I like Chase," said Pederson. "He was great for Alex. Great thinker, good mind, good arm, accurate passer, tough kid, another one that’s more athletic and runs better than you think. I think he has a bright future and could potentially be a starter in this league."

Then again, Pederson said he can't wait to get to work with Sam Bradford.

In other words, (A) Pederson says nice things about everyone, and (B) the notion that Pederson thinks Daniel could be "more than a backup" is nothing new.