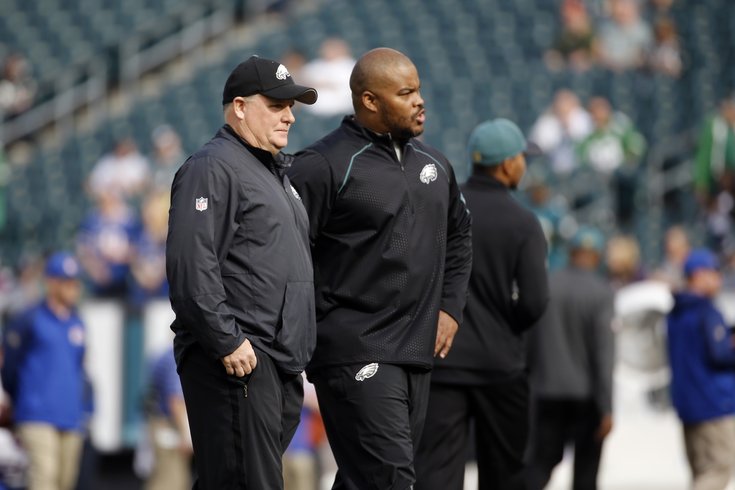 Staley played for the Eagles from 1997 to 2003, when he racked up 4807 rushing yards and 22 touchdowns on 1200 carries. He has the longest current tenure among the coaches on the Eagles' staff -- He has been on the Eagles' coaching staff since 2011, initially as a special teams quality control coach under Andy Reid from 2011-2012, and then as the running backs coach under Kelly since 2013.

In 2013, LeSean McCoy won a rushing title under Staley's watch when he ran for 1607 rushing yards.

Going from coaching four or so players to 53 would be an enormous leap in responsibility. If Staley, an African American, does not become the Eagles' head coach, his inclusion in the process will satisfy the Eagles' requirement to interview a minority candidate for the position under the NFL's "Rooney Rule."

Interviewing Staley makes sense. He was recently a player in the NFL, and has a understanding of the dynamic between the players and coaching staff, which is something that owner Jeffrey Lurie noted as an important quality in the next head coach. At a minimum, Staley can provide insights into went right and what went wrong during the Chip Kelly era in regard to player-coach relationships.