After a tough week of action-packed practices, the Philadelphia Eagles had a much lighter day on Friday, as they had a "10/10/10" practice, which are limited from a competitive standpoint.

Still, because my OCD will not allow me to just not have a day of practice notes, here's what we saw:

• Caleb Sturgis had an iffy day. He was 7 for 11 overall, including two missed attempts from 53 yards during a pressure situation, in which the entire team surrounded him and yelled while he was trying to kick. Here were Sturgis' kicks on Friday:

Yes, we led off our notes with the kicker.

• Even though there wasn't much in the way of competition on the field, I will note two nice catches from Marcus Johnson. One was a foot drag in the back corner of the end zone. On the other, he was able to get his arms under on a ball that was a few inches off the ground. I can say with extreme confidence that Marcus Johnson is going to make the team.

The focus of the improved wide receiver group has largely been Nelson Agholor, however, it seems like receivers across the board have made significant improvements. Johnson looks better, as do players who were here last year as well, like Bryce Treggs and David Watford.

I think a lot of the credit has to go to receivers coach Mike Groh. Doug Pederson agreed with that notion to some degree, but he also noted that it's those players' second year in the system.

"Mike is a great teacher, obviously," Pederson said. "The other thing, too, is that they're in the system for the second year. By the time we get to training camp, our players have repped these plays countless times, so the information is very familiar to those guys, and when I can rest a guy like Alshon or Torrey for a day, these younger guys get a lot more reps."

• One fantasy football sleeper to watch this season is 6'4, 322-pound OT/FB Dillon Gordon, who looked natural catching passes today and then getting yards after the catch. Of course, again, it wasn't a competitive situation in practice today, but don't be surprised if they throw to Gordon at some point this season.

• Every year at Eagles training camp, Rita's gives out free water ice. This year they have blue raspberry, Swedish Fish, lemon, and mango. 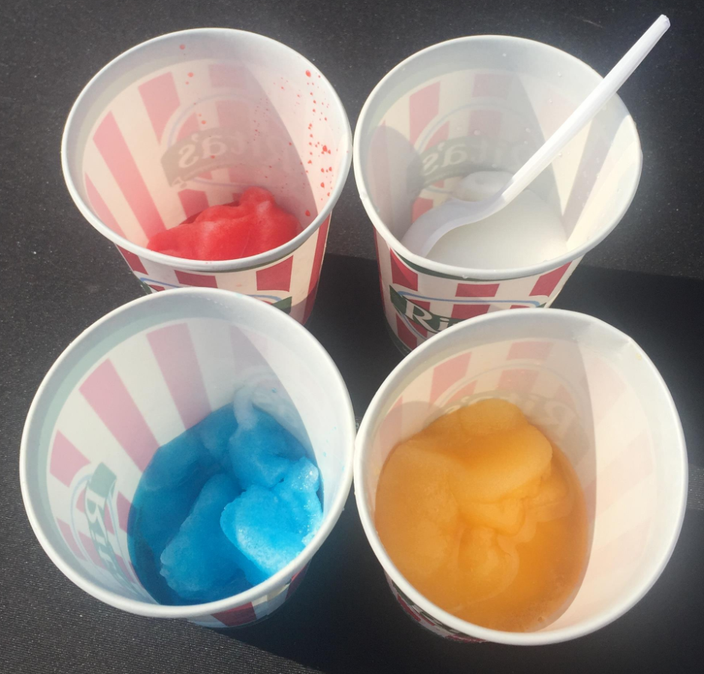 My official 2017 Rita's water ice rankings are as follows:

These rankings are definitive, and not open for debate.

I will note, however, that if you have blue raspberry, it's hard for players to take you seriously when you ask them questions with a blue mouth. 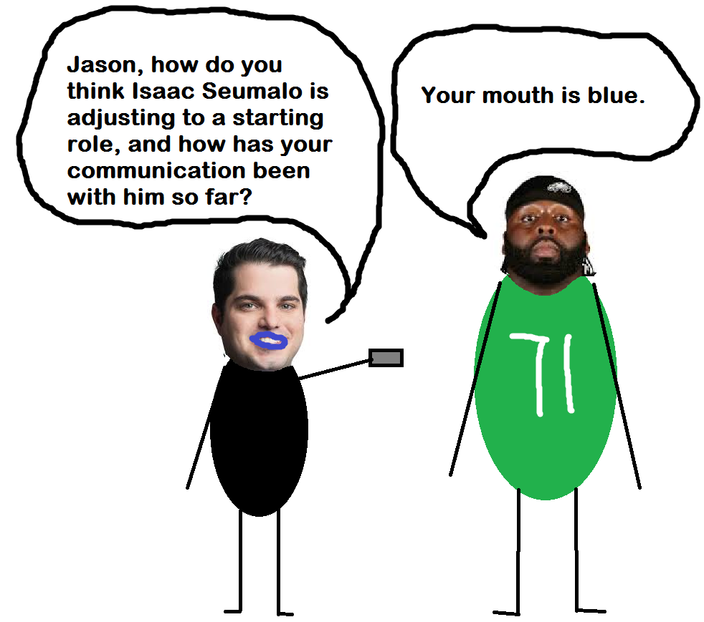 To note, I don't know if Zach Berman of the Inquirer actually had blue raspberry water ice or if he asked Jason Peters that question. We only used him for demonstration purposes.