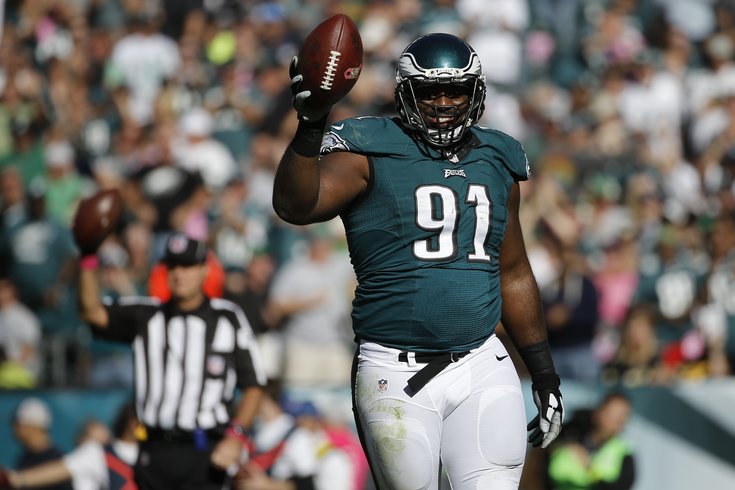 A funny thing happened at the end of Eagles training camp practice on Friday.

Normally, punts are returned by Darren Sproles, the smallest player on the roster. In case you're unfamiliar, that strategy has worked pretty well for the 13-year veteran, who has returned seven punts for touchdowns in his career.

But now, it appears, he might have some competition, in the form of two of the biggest players on the team. Two guys who, unlike Sproles, might opt to run right through punt coverage instead of around it – left tackle Jason Peters (6-foot-4, 328 pounds) and defensive lineman Fletcher Cox (6-4, 310).

Fielding punts is a lot easier than it looks, especially when they're coming from a professional and not your buddy who played two years of junior varsity soccer.

And the two big men did quite well.

Jason Peters getting in the reps as well. #FlyEaglesFly pic.twitter.com/s19LcqeD6X

While they might have fielded the punts cleanly, don't expect either to take Sproles spot.

Hey Darren, how'd they do? pic.twitter.com/b40oOqo7EO

But that won't stop them from trying.