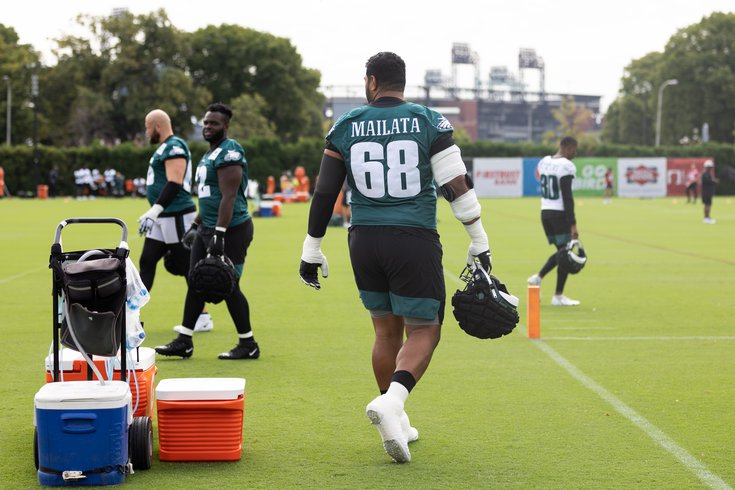 The Eagles were forced to use 29-year-old veteran Le'Raven Clark as their first-team left tackle during Thursday's practice following injuries to both Jordan Mailata and Andre Dillard. The Eagles' LT1 and LT2 both suffered concussions:

The team is unable to pinpoint when the injuries specifically occurred. Speaking to reporters after Thursday's practice, head coach Nick Sirianni said the following regarding Mailata and Dillard:

"I don't know the exact play it happened on either of them and neither of the guys were able to say the exact play... It's obviously football and there's collisions and there's no more collisions than the o- and d-line have, right? That's why they're wearing the guardian caps because they have the most collisions... We're not live, but the o-line and d-line are live every single play... So I don't know exactly how it happened and, like I said, they don't either, but obviously we'll be very cautious with those guys."

Given that it's only the first week of August, these injuries aren't something Eagles fans should be super concerned about. The Birds don't have their first preseason game until Friday, August 12 and I can't anticipate key guys playing much (if at all) come next week anyway.