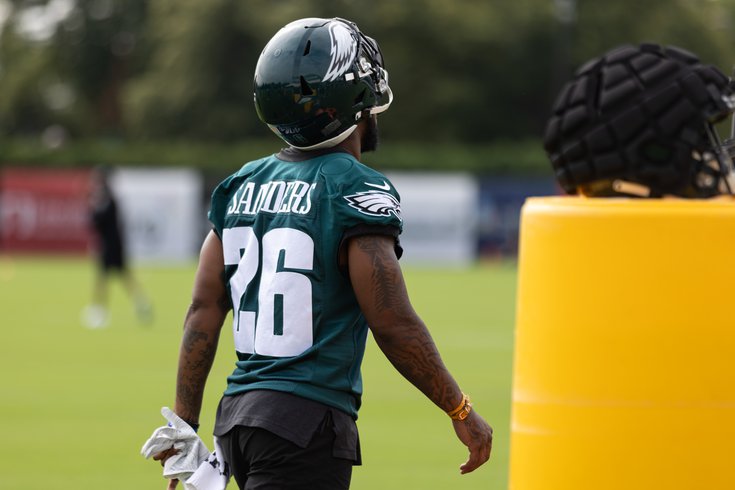 • Jason Kelce didn't appear on the injury list at all, so he is recovered from his elbow cleanout.

• Miles Sanders was a full participant, so barring any setbacks he'll be good to go on Sunday.

• Kraemer's absence is noteworthy, since he was the likely fill-in for starting RG Halapoulivaati Vaitai (listed on IR below).

• The most notable name otherwise is All-Pro C Frank Ragnow, who was limited.

• 2020 second-team All-Pro Frank Ragnow did not practice on Thursday after being a limited participant on Wednesday. As noted above, the Lions will already be without Vaitai, who was likely to be replaced either by Kraemer or Logan Stenberg.

If Ragnow can't go, Evan Brown would likely fill in. The Lions could potentially be without their center (and best lineman overall) in Ragnow, their starting RG in Vaitai, and their first guard off the bench in Kraemer. If so, move the #FeastinMeter up to 7 turkey legs. 🍗🍗🍗🍗🍗🍗🍗

• Kraemer is out. Ragnow is questionable, and was not a full practice participant. If Ragnow can't go, that will be a huge blow for the Lions.

• WR Jameson Williams (NFI): You probably remember Williams from draft season. He had surgery to repair a torn ACL in January, but got picked 12th overall in the 2022 NFL Draft anyway. He's on the Reserve/NFI list and will miss the first four weeks of the regular season.

• DE Josh Paschal (PUP): Paschal is a rookie who the Lions drafted in the second round. He had offseason core muscle surgery, and is on Reserve/PUP. He too will miss at least the first four games of the regular season.