Eagles mailbag: Should Howie Roseman look to add a tight end for the stretch run? 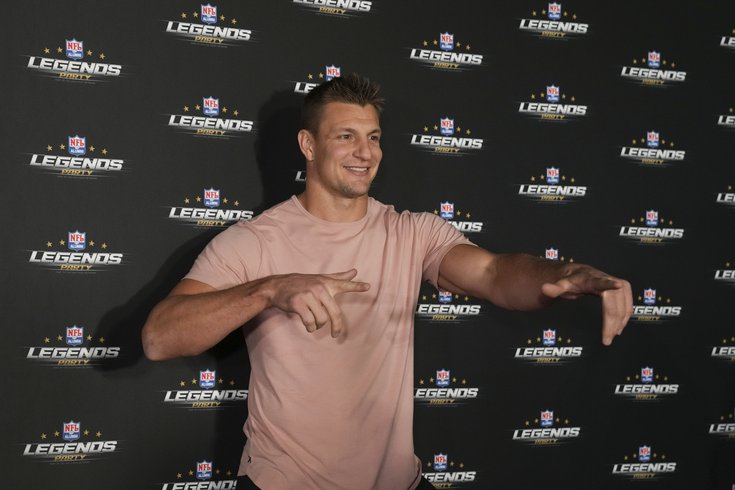 Earlier this week, we solicited questions for an Eagles mailbag via Twitter. Thank you as always for doing half the work for me. We'll break this up into two different mailbags, with "Mailbag Part II" coming on Sunday.

Question from @pecor_matthew: Should the Eagles look to add another veteran FA for their playoff run? Eric Ebron is interesting to me. His best year was in Indy with Nick Sirianni, and he's still only 29.

I think that players like Ndamukong Suh, Linval Joseph, and Robert Quinn are easy enough to plug into your scheme. The same can probably be said of running backs, as long as you're not asking them to do too much in pass protection. The Eagles seemed to have interest in trading for a back at the deadline.

I think it's harder to add players midseason at other positions, and tight end would fall into that category for me. Ebron is an interesting name for the reasons you noted, but he also finished the season a year ago on injured reserve. Is he healthy? I wouldn't know.

If there were one guy who I think could actually make an impact if you could coax him out of retirement (assuming he has stayed in reasonable football shape), it's Rob Gronkowski. He's a goofball off the field, but there's little question that he is a savvy, smart player on it. At a minimum, he'd be a good blocker, and he'd give you receiving upside on third down and in the red zone. That would be a pretty incredible luxury pickup for the stretch run, in my opinion.

Question from @Obed_Torres: What would be your ideal target distribution while Dallas Goedert is out? Quez Watkins is one I’d like to see more involved, as well as more passes to RBs.

I'm with you on Watkins, and you can maybe throw Zach Pascal into the mix there as well. In the last two games, Watkins has 6 catches on 6 targets for 111 yards and a TD. Obviously, he had that bad fumble against Washington, but he has shown that he can be a big play threat.

Question from @pmeredith77: Should the Eagles look to give Trey Sermon more snaps?

We (as in, the media) didn't get to see Sermon in training camp, and we don't get to watch practice during the season, so we have no more perspective on what Sermon looks like as a runner than anyone else. I do think that Boston Scott goes to the ground too easily, and I think Sermon would be a more effective runner.

We did a player review of Sermon after the Eagles claimed him off of waivers. One of the early themes of Sermon's career both in college and the pros has been a criticism of his running style. He's effective when he is decisive, and the Niners wanted him to be a one-cut, north-south runner, but apparently he frustrated them on that front. I can't speak to what is keeping him from opportunities to play in Philly, but I think that getting some playing ahead of Scott should be a pretty low bar that evidently has not yet been able to clear.

Question from @hisairness13: I know some people are saying the coaches were afraid to let Jalen throw the ball (on the Eagles’ final drive). I don’t think they were afraid, but it did seem that they took the ball out of his hands in a game in which he dealing on dropbacks. Any thoughts on that "scared" narrative?

I do think it's noteworthy that they ran it nine straight times on the final drive. I rewatched that series, and in my view, there was one RPO called among those nine plays (a first down run to Boston Scott). So that play could have been a pass. For what it's worth, I thought Hurts made the right read against a light box, though Scott was only able to get three yards to the outside on that play.

The other play that was under debate as to whether a pass was called was on the game-winning TD run, as broken down here by Dan Orlovsky of ESPN.

The #NFL version of the P-R-O

How does you stop this game winner for the @Eagles 🔥🔥🔥@GetUpESPN pic.twitter.com/zBbs3sQ51e

Orlovsky is a former NFL quarterback and he certainly knows X's and O's better than I do, but I think he is mistaken here. This looked like a designed run all the way to me. To begin, if Hurts' first read is the fade to DeVonta Smith, that's there. He has press man coverage, and the safety has no chance of getting over in time to help out. There's no need to get to the second progression on this play. Let it rip.

The second progression, in Orlovsky's view, is the stick route to Jack Stoll. To begin, I can't imagine that the Eagles would be calling a play with the game on the line to Jack Stoll. But beyond that, if Stoll is open and Hurts takes that throw, Orlovsky's perceived design of this play is probably going to be flagged for ineligible man downfield, as Jason Kelce is already on his way to the second level to block a linebacker. It's not as if Kelce stayed in to block in pass pro for a beat, and then headed up the field in anticipation of the first two reads not being available. His immediate action at the snap is to get to the second level. If this is not a called QB draw, it is a bad design.

I think another point that folks were trying to make was that the Eagles were trying to kill clock. That is simply not accurate. They ran hurry-up for most of that drive. For example, with two minutes left, they called a run, but quickly got lined up and ran their next play 1:34 with 20 seconds left on the play clock, when they could have easily bled it down to 1:14. They were doing whatever they thought gave them the best chance to score. They were not getting cute and trying to kill clock.

All that said, they scored and won the game! It may not have been aesthetically pleasing, but they got the job done, and it's also worth noting that there are a very small handful of offenses in the league right now who could have won that game that way. Because Hurts is such a threat as a runner, and because the Eagles' offensive line is so good at sealing games late with the run, their plan in that situation made sense. I don't necessarily think they were "scared" of letting Hurts throw it. He has proven to be an outstanding decision maker for the entirety of this season. Hurts is a very talented runner, and the Eagles took advantage of one of his best skills.

Question from @Sisyphus: What was the adaptation the defensive line made from that first drive against the Colts to the rest of the game? Were the two new guys in for that first drive?

Jonathan Taylor had two big runs on that opening drive. One was for 28 yards, and the other was for 9. Neither Joseph nor Suh were in on the 28-yarder, and Joseph was not in there for either or them. Joseph really was a game-changer on run defense when he was in the game, as shown here.

But I also thought that the Eagles did a good job against the run when Joseph wasn't in the the game, after that first drive. Gannon mixed in a bunch of run blitzes that resulted in short gains and got the Colts off schedule.

Question from @JAH_1225: Was the Robert Quinn trade worth it?

He has played in four games so far (59 defensive snaps), and he has 2 tackles and a QB hit. So, no, he has not yet panned out. I will say in Howie's defense that given the choice of a general manager who is willing to take some risks and add players to a Super Bowl contender vs. one who sits on his hands, I'd choose the former.

Question from @PreMoveObserver: With the latest news of the Jaguars disgusting food practices, do you recall having any oatmeal "raisin" cookies or rice pudding with "raisins" in 2019? How will this revelation effect your process moving forward?

In case you don't know what this question is in reference to, the Jaguars had some, uh, issues with their food service.

I gave their press box food spread an F in 2019. Pretty much nailed that one. Of course, I was maybe eating rat poop, so I probably shouldn't be taking any victory laps here.