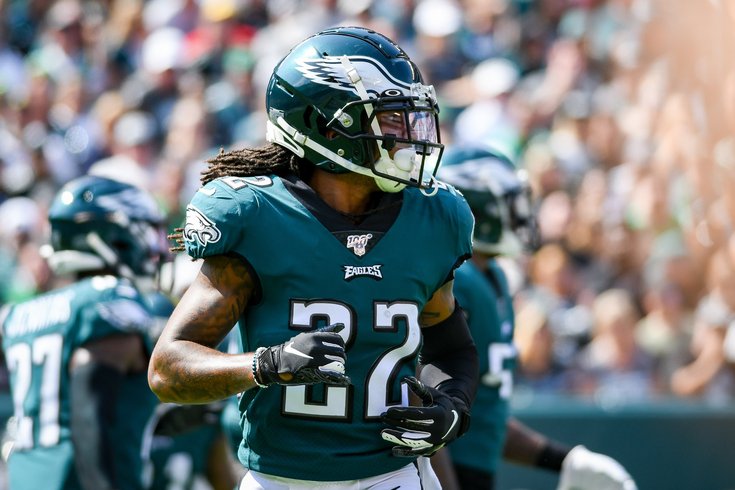 Sidney Jones made the most of his one snap against the Giants.

Analysis: Going forward, the health of Johnson will be of extreme importance, as the Eagles will need him against DeMarcus Lawrence and Dallas Week 16. However, the Eagles do not have to worry about Ryan Kerrigan killing Vaitai Week 15. He's out.

Analysis: In my view, Scott's performance wasn't just an oddball, stat-sheet filling game by a back who simply had big holes to run through. He showed legitimate quickness and make-you-miss skills. There's a role for him in this offense.

Analysis: One of the biggest storylines of this game was that the Eagles were paper thin at wide receiver, as they only suited up the above three players, when Nelson Agholor unexpectedly could not go.

My guess is that Jeffery played his last game as an Eagle, and Agholor's last game in midnight green isn't far behind.

Arcega-Whiteside has a lot of work to do in terms of being where he needs to be and running crisper routes, but he did make a nice catch against the Giants. Progress:

Arcega Whiteside with the best catch by an Eagles receiver all season pic.twitter.com/XCChXY06c2

Analysis: Perkins was more of a wide receiver than a tight end in this game, and so was Ertz, for that matter. Credit Ertz for bouncing back after one of his worst games as a pro last week.

Analysis: Cox played 94 percent of the snaps, but a lot of that had to do, I'm sure, with the major discrepancy in snap totals between the offense and defense. Still, I expect more of the same the rest of the season.

Curry came up big in relief of Derek Barnett with 2 sacks.

Analysis: Bradham had 4 tackles. In 6 of the 9 games he has played, Bradham has failed to register at least 5 tackles, despite typically playing all (or almost all) the snaps. I can't imagine the Eagles will have him on their cap at almost $10 million next season with that kind of production.

Analysis: I meant to mention Sidney Jones in our 10 awards after the game, but I guess it was late and I was tired or something, and I just forgot him. That starts with me. I have to be better.

Anyway, Jones, who has been one of the bigger disappointments this season, hasn't played a defensive snap since the Buffalo game. When his number was called late in the game Monday night, he was ready, and he made a huge play.