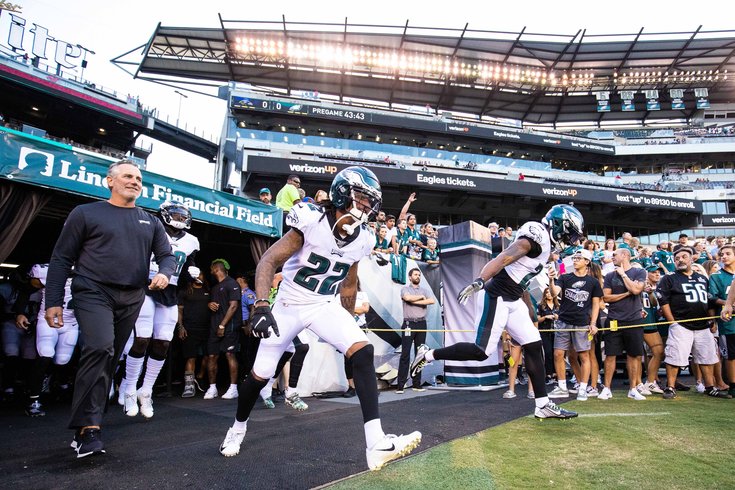 Sidney Jones got the day off.

Analysis: It's clear that Jordan Howard is the most productive running back at this stage of the season and he should be getting the most snaps. Against this opponent, it does make sense to get Sanders his share of reps as well, however, the guess here is that snap distribution wouldn't have been any different against a good team.

Analysis: Agholor has one catch in the last two games. Arcega-Whiteside's participation is down to next-to-nothing. Jeffery looked better, health-wise, against the Jets than he did against the Packers.

Analysis: The Eagles went into this game with only two tight ends after they waived/injured Alex Ellis. That felt like a bad idea when it backfired Week 2, and it continues to feel like a bad idea now.

Analysis: Cox showed flashes of his old self, but he was unable to get in on the sack parade. Sweat showed some life on Sunday, and Hall made good use of his limited participation.

Analysis: The Eagles actually feel pretty deep at linebacker, at least in comparison to some other spots.

Analysis: Sidney Jones was listed as questionable for this game, and he was not among the inactives, but the Eagles seemed to want to allow his hamstring to continue to heal up, and he did not play. He was likely only up as an emergency player if someone else got hurt.

It appears as though the Eagles' numbers at linebacker could be eating into Sendejo's snaps, which is a good thing.