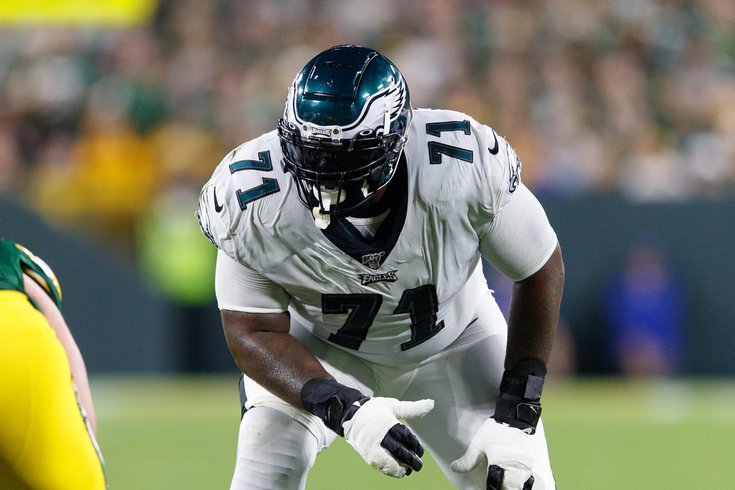 Analysis: Peters came out of this game early, and did not return. This happened often during the season last year, and yet, Peters always found a way to start the next game. The Eagles seem to be OK with this arrangement.

Analysis: After a delay of game penalty pushed the Eagles into a 3rd and 9 situation, Sanders probably should have been on the field instead of Howard, since Sanders has already established himself as the better back in pass protection. Otherwise, it did not come as a surprise that Howard saw the majority of the snaps at running back.

Analysis: The Eagles are getting nothing from Hollins and Arcega-Whiteside, and it appears that Hollins isn't even playing on special teams anymore. Huh?

Analysis: Goedert is consistently getting more than 70 percent of the snaps these days, but it doesn't seem like getting him the ball is huge priority.

Analysis: The Eagles were able to generate some pressure against the Vikings, but it wasn't enough against a bad Minny offensive line. I feel like defensive lines of Eagles past would have killed this group.

Analysis: Bradham is now injured. To be determined what the severity of that is. With Grugier-Hill returning and getting more snaps each week, the Eagles are in better shape to handle a potential loss there.

Analysis: The secondary was brutal against the Vikings, but we won't harp on that here. In terms of snap counts, it's unclear whether Jones came out of the game during a crucial Vikings trip into the red zone because he was hurt, or because the defensive staff took him out because of performance. Either way, it's not good.