June 1 is almost here: Could that mean a flurry of roster activity for the Eagles? 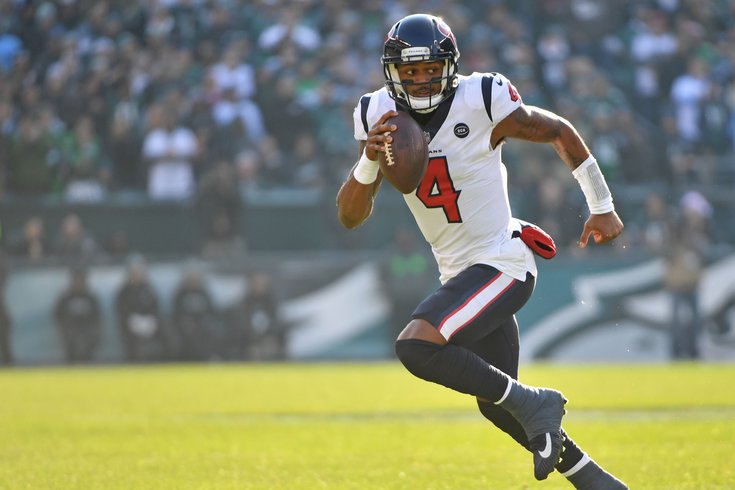 Deshaun Watson did not consider coming to Philly, reports say.

June 1 is a noteworthy date on the NFL calendar, generally speaking, but it's potentially an especially important date in 2021 for the Philadelphia Eagles, as it could trigger a flurry of significant roster moves.

Prior to June 1, if a player is cut or traded, any and all dead money, usually in the form of bonus proration, accelerates into the current year, and counts toward the salary cap in the current year. If a player is cut or released after June 1, any bonus proration in future contract years won't count toward the cap in the form of dead money until the following year.

More simply put, if the Eagles were to cut or trade certain players after June 1, they would be able to delay dead money sunken costs until 2022, when they'll be in better cap shape than they are presently. Got it? Yes? No? Well, whatever. Let's look at some things that will happen — as well as some other things that can happen — after June 1, for the Eagles.

Alshon Jeffery and Malik Jackson will officially no longer count toward the team's salary cap.

Both Jeffery and Jackson were released earlier this offseason with "June 1 designations." Jackson has since signed with the Cleveland Browns, while Jeffery remains on the open market. Both players currently count toward the Eagles' cap as if no move had been made, until June 1, when the Eagles will receive a $2 million savings for each player.

The Eagles will sign their rookie draft picks soon after June 1.

By my calculations (with a h/t to OverTheCap.com), the Eagles need $3,615,148 to sign their rookie draft class in full. Only DeVonta Smith, Landon Dickerson, and Milton Williams will count toward the 2021 cap. If you're interested in the longer explanation of all that, you can find that here.

The $4 million in cap space gained by the finalization of Jeffery's and Jackson's June 1 releases will slightly more than pay for the Eagles' rookie draft class.

Zach Ertz will likely be released or traded.

It becomes more feasible for the Eagles to trade other players as well.

The main player who would make sense in a trade after June 1 would be Andre Dillard.

Dillard has a training camp battle with Jordan Mailata for the starting LT job on the horizon, but if the team were to move him, it would make sense to wait until after June 1 to do so. Dillard's dead money hit if traded would be $3,508,768, of which $1,754,384 could be delayed until 2022 if dealt after June 1.

We should also mention Brandon Brooks here. Earlier this offseason, it was rumored that Brooks was on the trade block, which Brooks himself even confirmed last week. At one time this offseason, if the Eagles had traded Brooks conventionally (as in, prior to June 1), they would have taken on a dead money hit of $12,250,707 in 2021, and would have saved $2,303,528. However, the team restructured his contract soon after those reports emerged, all but eliminating the likelihood of a trade involving Brooks occurring at all.

Other free agency opportunities will open up for the Eagles, particularly at cornerback.

With $4 million extra from the releases of Jeffery and Jackson, and $8.5 million extra from the release or trade of Ertz, the Eagles will have some money in their pockets if they want to get on a little spending spree. Former Steelers CB Steven Nelson would be more affordable, for example, and it's worth noting that the Eagles won't be the only team in the NFL dumping contracts after June 1. Perhaps some other starting-caliber outside corner could shake free.

And then there's Deshaun Watson and Julio Jones.

There sure has been a lot of smoke surrounding the Eagles' interest in Watson this offseason. A pre-June 1 trade of Watson would be a difficult burden on the Texans' cap, but they would actually save a good amount of money immediately if they traded him after June 1.

And because Watson's salary in 2021 is only $10,540,000, the Eagles would actually be able to afford him. A simple accounting of that math here:

Whether Watson is radioactive until his legal situation plays out is another story, but a trade is definitely doable, money-wise.

As for Julio Jones, the Eagles have reportedly been "sniffing around" him as well. He's less affordable, money-wise, than Watson, with a salary of $15,300,000 in 2021. This is the first and last time I'll comment on Jones — A cap-strapped non-contender trading something in the ballpark of a first-round pick for a 32-year old wide receiver who costs over $15 million doesn't make any sense.