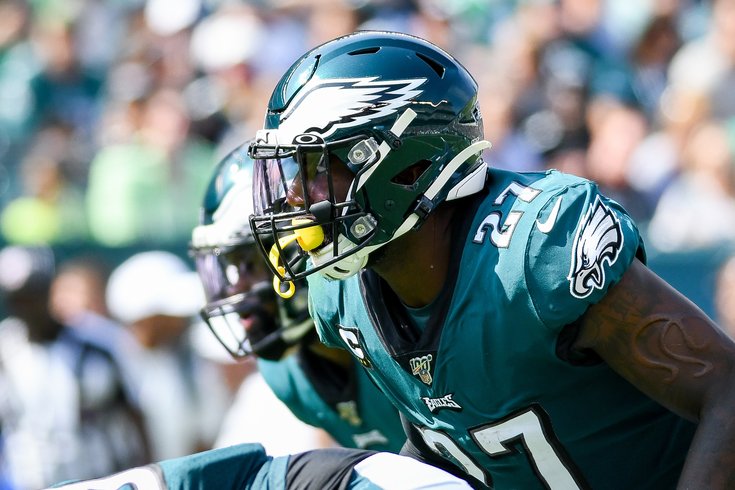 The Eagles' grueling stretch of three straight road games will draw to a close Sunday when the Birds visit the Bills in Orchard Park. While this might have looked like an easy win back when the schedule first came out, Buffalo has been much better than expected this season, getting off to a 5-1 start, with their only loss being a six-point defeat to the Patriots.

In other words, these aren't the Bills of years past.

So, how are they doing it? For the most part it's been their defense, currently ranked third in the NFL in both points allowed and yards against. And prior to last week's 31-21 win over Miami, the Bills hadn't allowed any of their opponents to score more than 17 points in a game.

But that's the thing here. The Bills opponents this season are a combined 13-27, and when you take out the 7-0 Patriots, that number falls to just 6-27. Woof. On the flip side, the Bills can only play the games on their schedule, and they've gotten the job done this season even though the quality of their opponents has been lacking. However, when they did face a good team, they didn't back down either, falling to the Patriots in a tight game and holding a New England offense that's first in the league in scoring average (31.9) — and averaged 34.5 points per game in their other six outings — to just 16 points.

That's what the Eagles will be going up against on Sunday after dropping two straight games by a combined score of 75-30. So if you thought the Birds might be catching a break this weekend, think again. Then again, Philly is desperate for a win...

Here's everything you need to know for this weekend, including how our writers see the game playing out.

The Bills are 5-1, which is great, buuuuut the five teams they have beaten have a combined point differential of -359. I watched a couple of their games, and came away far less impressed than I was anticipating for a team with their record.

They have a below average quarterback playing behind a below average offensive line, throwing to a group of below average receivers, and handing the ball off to a 36-year-old running back. Their defense, meanwhile, had a very nice game against the Patri*ts, and they are good, but let's not get out of control there. Nice defense, nothing special.

The Bills have a 23-game playoff win drought, and I hope they win a playoff game this year for their fans, but I just don't see it.

Of course, it's hard to pick the Eagles right now, given how terribly they have played the last two weeks, but if they can't get it together now — against this team, when their backs are against the wall — they should really just go ahead and mail in the rest of the season.

Maybe I'm just going down with the ship.

As you can tell from my record picking Eagles games this season, the team doesn't seem to want to cooperate with me when I pick them to win.

I feel as though the Bills are slightly overrated due to their easy schedule, and I think the Birds will be able to handle their offense. I expect a solid day defensively from the front seven. I also am very much expecting Carson Wentz to step up and play like an MVP on Sunday.

This is an important two-pack of games for the Eagles (they host the Bears next week) before their bye week, and then back-to-back contests against the Seahawks and Patriots. You can be sure that if Philly doesn't take care of business these next two weeks I will not be picking them to win against Seattle and New England.

With a very low amount of confidence, I see Philly prevailing in a low-scoring affair, 24-14.

Given all that's unfolded over the past two weeks surrounding the Eagles, it really feels like the Birds are playing for their season on Sunday. A loss, and they'd return home at 3-5 to an atmosphere that will likely feel more hostile than anything else. A win, and suddenly they're a victory over the Bears away from heading into the bye week at 5-4 and back on track to contend for a playoff spot. So this game looms large.

I'm not going to do a ton of Xs and Os analysis here. We all know that the Eagles have been struggling, and we also know that the Bills are likely not as good as their record suggests given their weak schedule. I was all ready to pick Buffalo in this one as one off-field distraction after another seemed like it would derail the entire Eagles team. But that was before the latest distraction — Orlando Scandrick gave them something to rally around when he took a flamethrower to the Birds' locker room on FS1 on Friday morning. Usually these kinds of things can go one of two ways — either they completely destroy a locker room or they cause them to come closer together by forming a common enemy. And it seems like, at least in this case, Scandrick's comments are going to be the latter.

Couple that with the fact that the Eagles are desperate for a win, and I think they come away with a close victory on Sunday.

If I’m just going to be wrong and have a terrible picks record no matter what path I take with this team, I may as well try to reverse jinx them to victory. Feel free to stop being a dumpster fire at any time, Eagles.

What past weeks tells me is that there is not much that can change here. This ship has been listing since late last year, and its overall age, and the wear and tears that comes with it, is beginning to show. Buffalo has a very good defense. The Eagles' desperation game came last week and we all know what happened there. With Chicago, New England and Seattle coming up, things don't look much better ahead.

I hate to say it, but after last week’s blowout in Dallas and the 5-1 Bills stampeding their soft schedule, I’m not sure the Eagles will pull it together enough this week to miraculously execute at the level we’ve been anticipating on offense all year. The Bills' defense has been solid, even if it’s been against some of the worst teams in the NFL, and the Eagles haven’t exactly been firing on all cylinders. Despite all this, I’m still optimistic the Eagles can pull this one out.