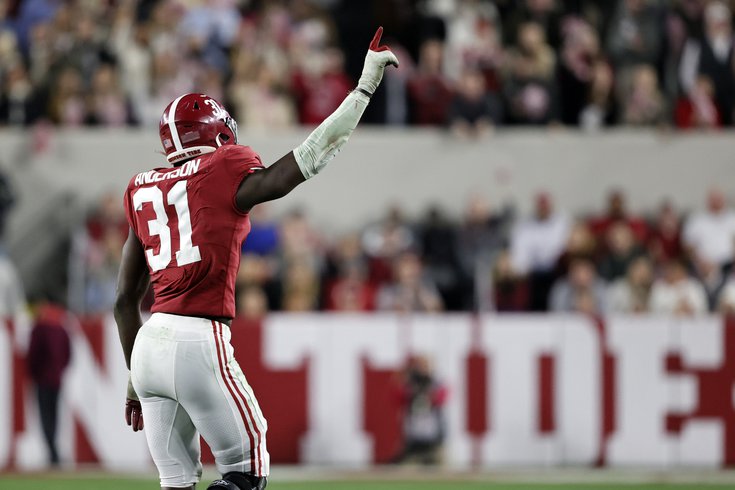 Alabama edge rusher Will Anderson has a chance to be special.

The 2023 NFL Draft is more than 11 months away, and a lot can/will change between now and then, as prospects will rise and fall. Still, you can typically get a feel for which positions will be strong in the next year's draft.

And so, let's take a look at a variety of top-50 big boards — from Drafttek, Tankathon, and SportingNews — and see how many players at each position made the cut.

• Quarterback: We took an early look at the 2023 quarterback class in April. It's headlined by Alabama's Bryce Young and Ohio State's C.J. Stroud, with other quarterbacks like Boston College's Phil Jurkovec, Florida's Anthony Richardson, and Kentucky's Will Levis all in the early conversation to also go Round 1.

• Wide receiver: It feels like wide receiver is always strong in drafts lately. However, unlike in most drafts, the Eagles finally might not need one next year.

• Edge rusher: Edge rusher is particularly intriguing at the very top of the draft, with most expecting Alabama's Will Anderson to be a special talent. Georgia's Jalen Carter and Clemson's Bryan Bresee are also getting top 10 love. The Eagles will likely have a clear need for an edge rusher in the draft next year.

• Cornerback: The Eagles have a need currently at corner. To be determined if any of the half dozen or so young corners they acquired last year step up and show promise in 2022.