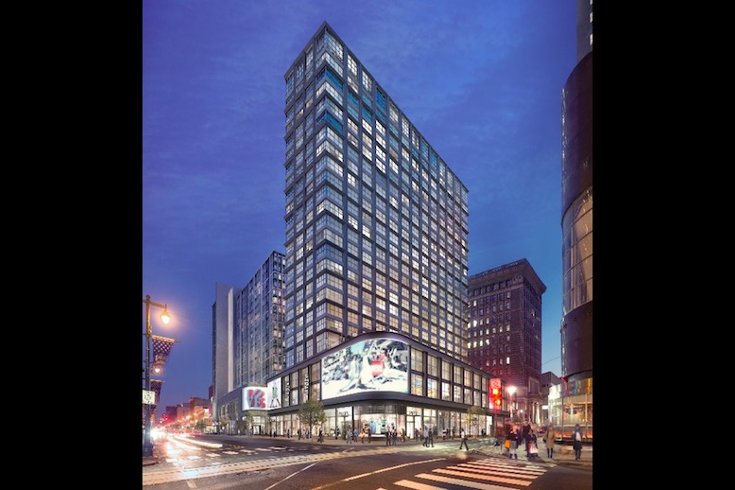 Second residential tower in East Market development will rise 20 stories above a two-floor retail base at 1199 Ludlow St.

National Real Estate Development, the firm behind the East Market revitalization project, announced Wednesday it has secured a $57 million loan with Wells Fargo to finance the construction of its second residential tower above 12th and Market streets.

To be built atop retail space that will be occupied by Iron Hill Brewery & Restaurant, the new tower will add another 240 units to the 322 apartments planned for The Ludlow, the project's first tower set to open this summer at 1101 Ludlow St.

The second, 20-story tower, designed in tandem by Morris Adjmi Architects and BLT Architects, will feature one- and two-bedroom apartments with slightly larger floor plans than units at The Ludlow. A long list of community amenities figures to be a major enticement: 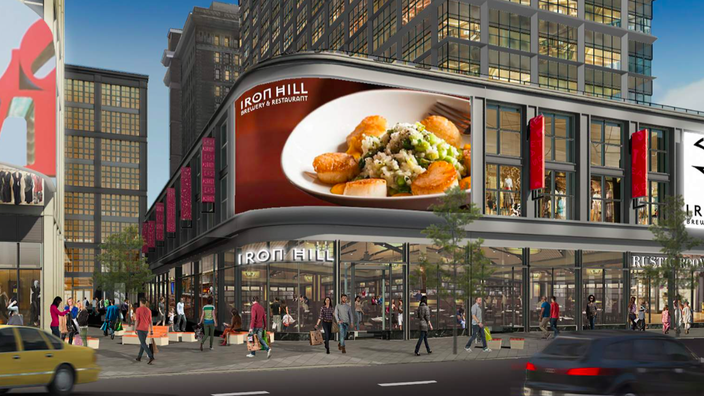 In total, East Market will encompass 4.3 acres in Center City with an eventual goal to transform the entire block from Market Street to Chestnut Street and from 11th Street to 12th Street.


“We are excited to deepen our support of East Market by financing 1199 Ludlow,” said Bill Jordan, senior vice president, Wells Fargo Commercial Real Estate. “We believe that National Real Estate Development is creating a transformative mixed-use project that enhances the vibrancy of the surrounding neighborhood. We look forward to seeing how the restaurants, apartments, office and retail develop over time.”