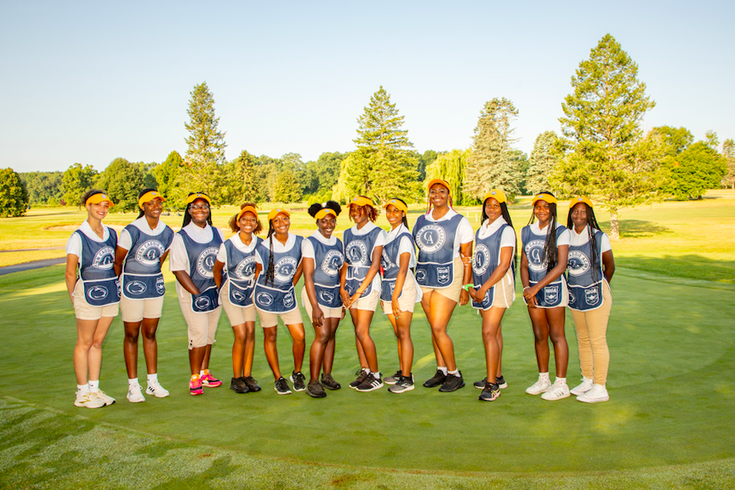 High school students from Philadelphia took part in the Eastern Caddie Academy at Penn State this summer. The 7-week program is sponsored by the Western Golf Association and provides work experience and scholarship opportunities.

A group of 14 Philadelphia high school girls took part in a youth caddie program this summer, which offered them a chance to earn money, build relationships and learn important life skills.

Eastern Caddie Academy is an initiative from the Western Golf Association that provides opportunities to underserved students. The program began on June 19 at Penn State University and finished up during the first week of August.

Students are selected for the academy through an application process their freshman year of high school. If they remain in the program for three consecutive summers, they are eligible to pursue the Platt Evans Scholarship – the Philadelphia branch of the Evans Scholarship.

The award provides a full housing and tuition grant to Penn State and is given each year to aspiring college students who have become experienced caddies.

While students don't need to attend WGA Caddie Academy to be eligible, the camp was created to give the opportunity to students from inner cities who may not be have been able to get to a golf course. It also encourages more women to try out caddying.

The academy can be life-changing for those who win the scholarship, considering the average household income of attendees is $30,000. Many participants also would be the first in their families to attend college. Of those who attend the camp, 90% are students of color.

WGA partnered with Cristo Rey Philadelphia High School, a private Catholic school for low-income families, to select some of the best and brightest students who may not otherwise have been able to attend college.

Joanna Hernandez, national manager of the Caddie Academy & Scholarships, was part of the first WGA Caddie Academy class in Chicago. She grew up on the South Side and was awarded an Evans Scholarship to Marquette University. She says that despite having no previous caddie experience, she joined the academy and it gave her the chance to further her education.

"I started caddying through the program," Hernandez said. "So, the first year it started, my family and I went to this fair, and they're like 'this is a great opportunity to go to college' and for me and my family college was always a goal but never something that was attainable."

She went on to spend three summers with the program, before applying and attaining the Evans Scholarship. She eventually went back to Caddie Academy as a counselor and manager.

This is the fifth time the academy has been held in Pennsylvania, but it's the first time at Penn State. It had formerly taken place at courses in the Philadelphia region. The students stayed together in the Platt Evans Scholarship House at the university.

During the summer camp, the girls worked as caddies for Penn State golf courses six days each week. They also engaged in fun and educational bonding activities with their groups. Along with earning a paycheck and making friends, the students learned valuable lessons that come along with being a caddie. 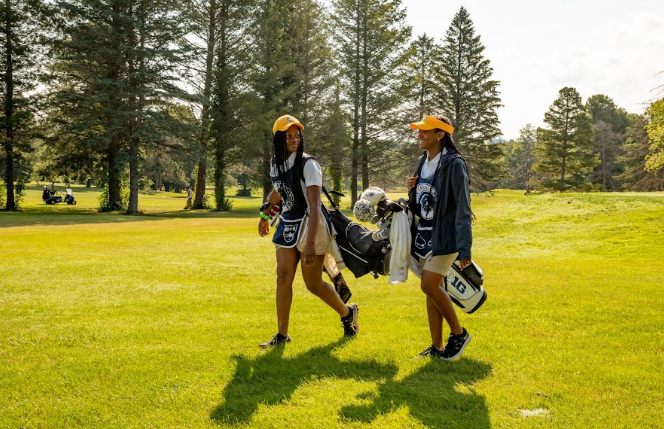 Chin describes getting a call from the parent of a Caddie Academy student who said that the camp had transformed her son from quiet and introverted into someone more confident.

"So, I think even that concept of bringing out that leadership and pulling out a little bit more of those social skills from, especially, a shy young kid talking to adults for the first time; I think understanding how to interact with adults is such a big piece of caddying," Chin said.

Not only can caddying teach important social skills, it also can put students in contact with important mentors through the people they assist with golfing each day.

"A lot of our Caddie Academy participants already are talking about internships with some of the people that they caddie for," Chin said. "These kids are so determined to already have their future plans kind of mapped out, and so they really take advantage of those new conversations with almost a new boss every day." 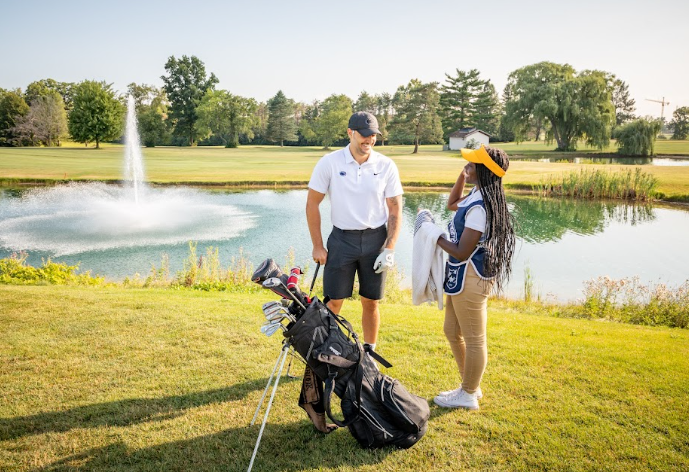 Along with its Eastern chapter in Pennsylvania, the academy has chapters in Minneapolis, Seattle and Chicago. More than 155 students participated this year, and more than 100 Caddie Academy participants go on to earn the Evans Scholarship.

This year, four caddies from the Philadelphia region won Platt Evans Scholarships, and two of them were alumni of the Eastern Caddie Academy.

The application process for the academy opens up to high school freshmen in January. Students' leadership skills, academics, motivation and family finances are all looked at to determine whether they will be a successful candidate.

"If you have any interest, if you're a good student and a freshman, you should apply because you never know – the amount of growth that I've seen personally from when I pick up students from the airport to the final week is ridiculously insane," Hernandez said. "I started my class with 12 participants, and seven of us made it to apply for the Evans ... We're still close in contact, and being able to have that kind of strong network of young women of color, who also just have been very successful, as a 25 year old young woman who came from a first generation immigrant family, it's so incredible and powerful. And I would wish that for everyone, so it's really nice to see that every summer with our participants."