The experience is replacing Terror Behind the Walls this Halloween season 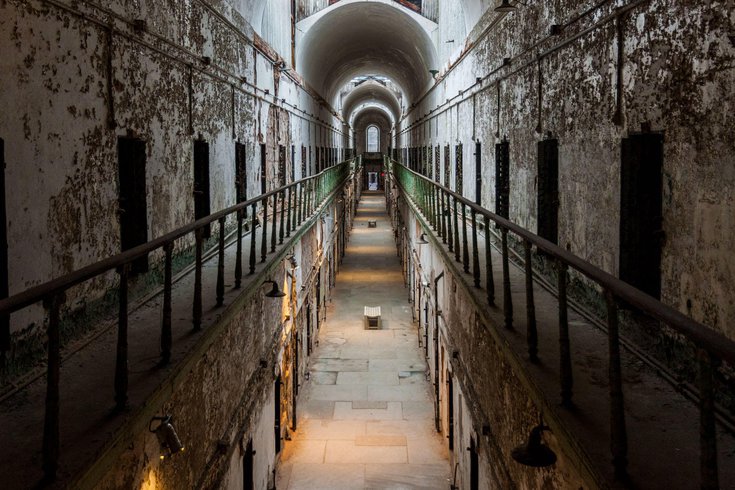 Eastern State Penitentiary is offering a chance to step inside its historic walls at night to explore the prison. Tickets to 'Night Tours' will only be available for a limited time.

Eastern State Penitentiary's popular Halloween attraction Terror Behind the Walls was canceled for the 2020 season due to COVID-19.

However, there's still a way to visit the historic prison during the night this fall. No zombies or monsters will jump out at you, but as the oldest penitentiary in the United States, with nearly 200 years of history, you may still get an eerie feeling from being inside.

New, self-guided "Night Tours" were just announced. They are only available for a limited time and running on select nights from Sept. 18 through Nov. 15.

"Night Tours" visitors will explore the historic site using a modified version of "The Voices of Eastern State" audio tour, which is narrated by actor Steve Buscemi and features the voices of former prisoners and correctional staff.

The one-way route will take visitors past Al Capone's cell, Death Row and the award-winning exhibit "Prisons Today: Questions in the Age of Mass Incarceration."

Also, the tour will feature two large-scale video projections. A silent film shot at Eastern State in 1929, with flickering images of prisoners, will play in the Cellblock 3 courtyard. In the Cellblock 7 courtyard, animated short films that were created by incarcerated artists for Eastern State's 2019 project "Hidden Lives Illuminated" will be shown.

In addition, searchlights will sweep from the guard towers over the cellblocks and yards, just as they did when Eastern State was an active correctional facility.

"Listening to the real voices of men and women who lived and worked here, watching silent movies from the prison projected onto the massive walls of the prison yard, is an eerie and evocative experience. We have never offered anything like this," said Sean Kelley, senior vice president at Eastern State.

You can get an idea of what the experience will be like by watching the video provided by Eastern State below.

Tickets for the nighttime tours are currently available to purchase online. Prices start at $19 and vary by night.