COVID-19 appears destined to become endemic, but that won't make it harmless

The omicron surge has dissipated and mask mandates are being lifted, but the path of the pandemic remains difficult to predict 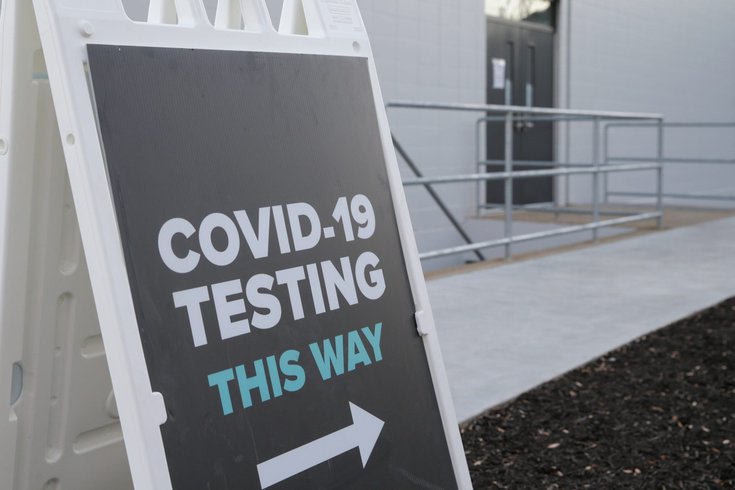 Many public health officials expect COVID-19 to become endemic, meaning it will be consistently present but relatively predictable in terms of its spread.

With Philadelphia having lifted its indoor mask mandate, some residents may feel as if COVID-19 restrictions are gone for good.

President Joe Biden voiced that optimism during his State of the Union address Tuesday, saying "COVID-19 no longer needs to control our lives." But that doesn't mean the coronavirus is about to disappear.

What many public officials expect – including Dr. Rochelle Walensky, director of the U.S. Centers for Disease Control and Prevention, and acting Pennsylvania health secretary Keara Klinepeter – is that the virus will become endemic.

But what does that mean? And is the United States, or even the Philadelphia region, there yet?

Though many people have come to associate the term with a full-hearted return to a pre-pandemic lifestyle, scientists don't necessarily mean to portray such a rosy outlook when they use it.

Diseases become endemic when they are consistently present in a certain geographic area but relatively predictable in terms of their potential to spread, the CDC says.

More simply, a disease becomes endemic when it reaches "a point at which the infection is no longer unpredictably disruptive," Dr. Stuart Ray, an infectious diseases expert at Johns Hopkins Medicine, told the Washington Post.

Malaria is endemic throughout most of the tropics, where transmissions is ongoing and unsurprising to public health officials. So is influenza, which resurges seasonally each winter in the U.S.

But the fact that these diseases are considered endemic has no bearing on their severity or impact. There were 241 million cases of malaria worldwide in 2020; more than 600,000 people died. The flu kills thousands of Americans every year.

"Endemic does not mean not harmful," Ray said. "It just means relatively stable and predictable."

An epidemic involves a surge of cases that exceeds the level typically seen in a specific geographic area, with cases often proliferating suddenly, the CDC says.

Yellow fever, smallpox, measles and polio have all caused epidemics. The term also has been used to describe public health issues like smoking and obesity.

Pandemics are epidemics that grow to become an international or global phenomenon. The World Health Organization notes that they are defined by an exponential growth in case loads.

Epidemics and pandemics can be caused by novel illnesses, like COVID-19, as well as those that have been endemic. The Spanish flu pandemic during World War I was caused by a particularly virulent H1N1 flu virus.

For public health officials, deciding if a disease has become endemic is more of an art than a science.

"There's not a hard and fast rule for when a pandemic becomes an endemic," Dr. Paul Goepfert, an infectious diseases expert at the University of Alabama at Birmingham, told ABC News.

At this point, it's still unclear where COVID-19 is at in the transition to endemic disease, as another variant could potentially cause an exponential rise in cases at some point in the future.

There are still many parts of the country, including 15 Pennsylvania counties, that meet the CDC's definition for high transmission, meaning consistent indoor masking is recommended. But the CDC's new masking guidelines, which are based on local transmission levels, are not necessarily unwise, McQuillen said.

The U.S. is transitioning "from trying to prevent disease completely" to preventing "severe illness and hospitalizations" in an effort to keep health care systems from becoming overwhelmed, he said.

Even if the virus doesn't enter an endemic phase any time soon, the nation is in a very different place when it comes to fighting COVID-19 than it was in March 2020.

Roughly two-thirds of American adults are fully vaccinated and there are a handful of treatments available to people who become hospitalized with COVID-19.