U.S. Customs and Border Protection agents say the generic Viagra was not FDA approved and the traveler did not have a prescription 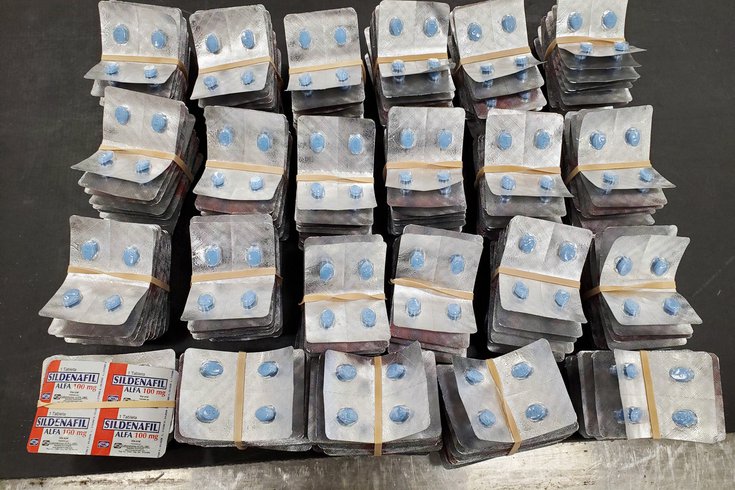 On Sunday, U.S. Customs and Border Protection agents at the Philadelphia International Airport seized almost 1,000 doses of generic Viagra from an American traveler arriving from the Dominican Republic.

An man who landed at Philadelphia International Airport with nearly a thousand doses of generic Viagra was detained by U.S. Customs and Border Protection agents and is being used as a reminder by federal authorities that it's illegal to transport some medications from overseas.

The man had traveled here from the Dominican Republic on Sunday, and authorities only identified him as as U.S. citizen. He was detained while gathering his luggage from baggage claim. After admitting he did not have a prescription for the medication, the generic Viagra was seized, and he was released without being charged, customs agents said Wednesday.

The man had been carrying 912 erectile dysfunction pills, each 100 milligrams, and 71 vials, each filled with 15 milligrams of the liquid form of the medication, investigators said. Border patrol agents first found the stash of medicine during a plane-side baggage inspection as luggage was unloaded from the aircraft.

The U.S. Food and Drug Administration prohibits people from importing generic versions of drugs that do not have FDA approval from foreign countries, even for personal use, in most circumstances.

"Consumers may think that they are getting deeply discounted pharmaceuticals from other countries," he said. "But medications that are not approved by the FDA may be an inferior product with unregulated ingredients and pose potentially serious health and safety consequences to consumers."

Some Americans have turned to buying prescription drugs in foreign countries due to the high costs here. A study in 2020 by the University of Florida found that among a group of more than 61,000 adults on prescription medications, about 1.5% had turned to buying their drugs abroad to save money.

Prescription drugs – generic or not – legally can be obtained overseas, if they are produced by pharmaceutical companies that have received FDA approval for the medication and the person bringing them back has a prescription or doctor's note, customs agents said. People also should not import more than a 90-day supply.

NOTE: Portions of this article were corrected and rewritten after it was originally published.