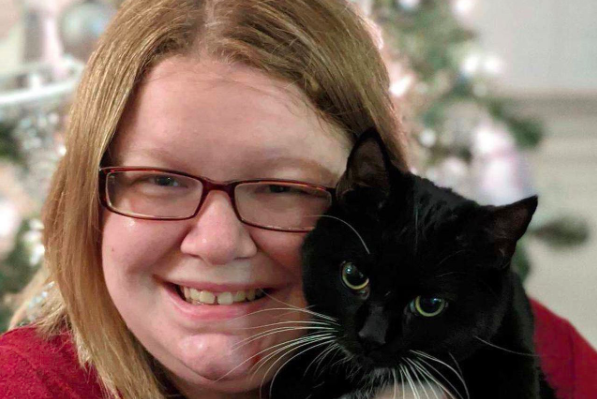 Erica Schultz, 26, of Bloomsburg, was found dead in a wooded area of Butler Township, Pennsylvania on Sunday. Schultz had been missing since Dec. 4. Harold D. Haulman III, 42, has been charged with homicide and related crimes.

The body of a 26-year-old Bloomsburg woman who went missing in early December was found Sunday in Luzerne County, resulting in criminal charges against a man state police described as a transient.

Erica Schultz was last seen Dec. 4 at her home in Columbia County. Investigators said she disappeared under suspicious circumstances, prompting an extensive search.

Schultz was autistic and had the mental capacity of a 13- or 14-year-old, police said at the time of her disappearance. She also was diabetic and had taken her medication on the day she disappeared, family members told authorities.

On Sunday, Shultz's body was located in a wooded area east of Hobbie Road in Butler Township.

Police did not provide additional information about the circumstances of Shultz's death.

Haulman III is in police custody and was expected to be transported to Luzerne County Correctional Facility.