Scientists have discovered explanation for evolution of our larger brain

The theory holds true for animals too, suggesting we are evolutionarily similar 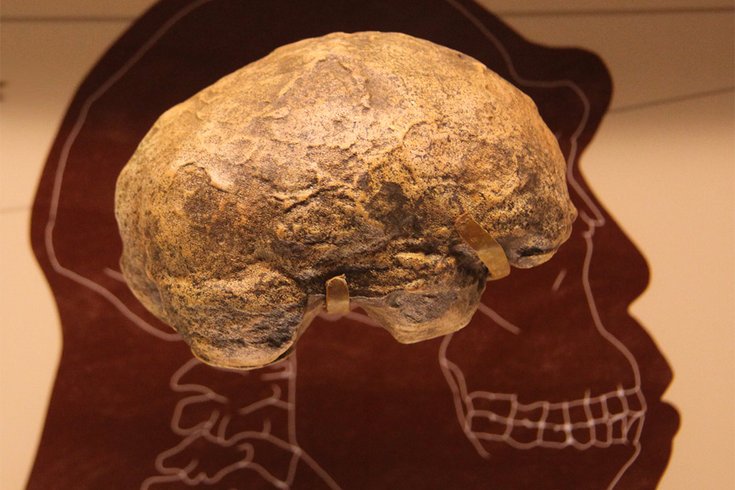 This endocast of an adult Homo erectus, one of the first truly human ancestors of modern man, was displayed in the Hall of Human Origins in the Smithsonian Museum of Natural History in Washington, D.C. A new study presents a theory behind the tripling in size of the human brain over the past millions of years.

It seems like every generation thinks they’re smarter than the one before it — and that might just be true if brain size has anything to do with intelligence.

A new study has put together a theory that explains the extraordinary increases in brain size in humans and other animals over the last few million years — they’re calling it the ‘"cultural brain hypothesis." Researchers from the London School of Economics and Political Science, University of British Columbia and Harvard University teamed up for the study published in PLOS Computational Biology.

The human brain has reportedly tripled in size in the past few million years, and animals have faced a similar increase — both are puzzling to scientists because brain tissue is “energetically expensive: that is, a smaller brain is easier to maintain in terms of calories,” a Science Daily news release reports.

The theory relies on this domino effect, including the idea that brains are able to expand to store and manage more information, and they do so in response to the availability of information and calories, the release explains.

Paired with the cultural brain hypothesis, these findings may help explain the rapid expansion of human brains and other aspects of our species' life history and psychology, the researchers explain in the release.

“The limits to larger brains is our ability to birth them, but as this theory suggests, this process is ongoing – we're now expanding our juvenile period, hitting a new biological limit in our ability to reproduce at an older age,” wrote the study’s lead author, Michael Muthukrishna.