Exercise and pregnancy: Overcoming fatigue and satisfying the desire to stay active 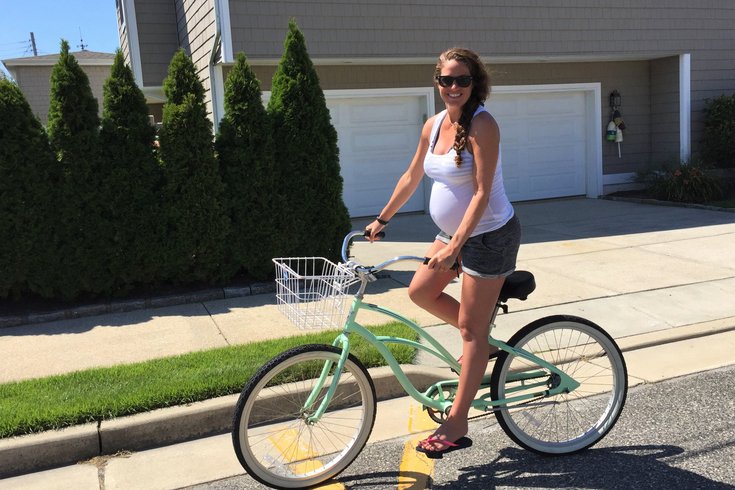 In her third trimester, Katie's exercise regime has slowed down and changed. Her intense yoga practice and Barre3 classes have been replaced with lower-impact activities like walking, biking and swimming down the shore. With less than three weeks until her due date, her mantra is to keep motivated and active for the benefit of her baby's health, labor and delivery.

My first trimester was pretty easy considering I was not plagued with morning sickness. But I was exhausted, completely and totally wiped out for eight weeks. Taking a shower took so much energy that I would usually collapse on the couch afterward. I was so fatigued during those first couple months that I dreamed of yoga, something I had been previously devoted to for my health and wellness. I remember wondering if I would ever get back on my mat again.

The American College of Obstetricians and Gynecologists strongly endorses exercising while expecting, saying that “physical activity in pregnancy has minimal risks and has been shown to benefit most women.” According to the Mayo Clinic, working out during pregnancy can reduce backaches, constipation, bloating and swelling; boost your mood and energy levels; help you sleep well; prevent excess weight gain; and promote muscle tone, strength and endurance. I knew that I needed to exercise during my pregnancy, for the good of myself and for my baby, but my body would not listen to what my brain was telling it to do during those first two months. I was just too tired.

My energy rebounded as I neared the second trimester, and I was overjoyed to get back to my active lifestyle. However, in an effort to be prudent, I wanted to speak with my doctor first to ensure my exercise routine was safe. My obstetrician encouraged me to engage in 30 minutes of moderate-intensity physical activity each day. She cautioned that I should listen to my body, rest as I needed to and hydrate often. With her blessing and my renewed stamina, I gratefully returned to my yoga mat.

Prior to being pregnant, I practiced hot yoga four or five times a week. I knew my practice would require modification while I was expecting, so I researched online what poses to avoid while I also searched for a prenatal yoga class that would provide a greater education. Early on in my pregnancy, I stopped doing twists and major backbends, which can cause strain or separation in the abdomen. I stopped attending hot yoga, since my doctor told me that it is dangerous for pregnant women to practice in high heat.

Sweet Peace Yoga in Kirkwood, Missouri, was a perfect fit for my pregnant yoga practice. The studio is filled with mothers of all ages, both teachers and students who could advise and guide me on and off my mat. When I told the owner, Liz, that I was struggling to find a prenatal yoga class to attend, she added one to the schedule. These prenatal yoga classes provided an in-depth education about practicing while pregnant at a time when my baby bump was getting bigger and I was requiring more modifications. The teacher guided me on Chaturanga on my knees to eliminate stress on my abdomen, taught breathing techniques that can help during delivery and showed me how to modify Shavasana so I was no longer lying flat on my back, which can cut off blood circulation to the baby.

Since my pregnant yoga practice was not the intense workout that I previously enjoyed, I sought an additional outlet for exercise. A friend recommended Barre3 classes, which are a mix of yoga, Pilates and cardio. When I took my first class in my second trimester, I likened the experience to a modern-day Jane Fonda aerobics program. I found it to be an intense, gratifying workout that I could easily modify as needed to fit my pregnancy. The Barre3 studio that I joined in Des Peres, Missouri, was filled with mothers, many of whom were expecting or recently had children, so I found a nice camaraderie. When I moved from the Midwest to New Jersey near my third trimester, I signed up for Barre3 workouts online. For $15 a month, I can exercise at home by accessing a variety of classes on the Barre3 website. I plan to return to in-person classes at the Morristown, New Jersey, location after I deliver. 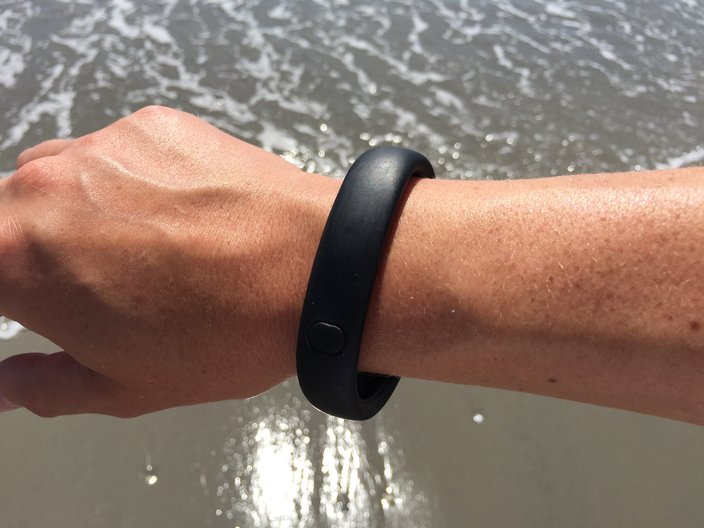 Katie tracks her daily steps on her NikeFuel wristband to ensure she is walking enough as she nears the end of her pregnancy. She clocks around 6,000 steps on her morning beach walk and tries to hit 10,000 steps each day.

As I have advanced in my pregnancy, my physicality and stamina have changed yet again. In an effort to listen to my body, I have dialed back on the more intense exercise I was enjoying this spring. My third-trimester exercise consists of walking, swimming, biking and prenatal yoga at Glow Yoga in Bedminster, New Jersey. I have continued my routine of a long stroll on the beach every morning when I am down the shore. Each day, I track my steps and activity on my NikeFuel wristband and try to hit 10,000 steps. Before I was expecting, that goal was easy for me, but as my feet have become painfully swollen in my advanced pregnancy, I have to rest more and move less. The time I had spent on my feet is now spent soaking in an Epsom salt bath.


I am so glad that I committed myself to maintaining an active lifestyle during my first pregnancy. I now personally know all of the benefits that exercising while expecting can provide, and I believe that it has made a positive difference for me and my baby. With less than three weeks until my due date, I am keeping all of these benefits in mind as motivation to keep moving.