No time for a full workout? Try exercise 'snacks' instead

Brief, vigorous activities conducted several times throughout the day can help combat the effects of a sedentary lifestyle 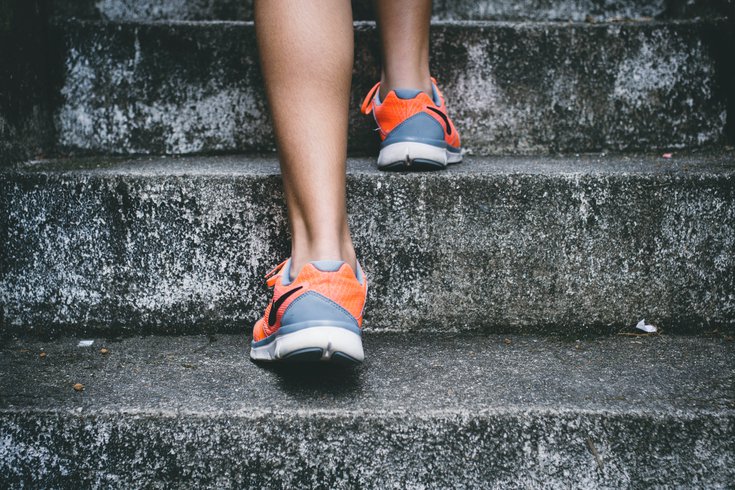 Studies have shown that exercise snacks – short, intense bursts of physical activity conducted several times each day – can improve metabolic health, raise endurance and prevent the breakdown of muscles that occur when people sit too long.

Many Americans live sedentary lives that health experts warn increase the risk of disease and early death. Yet, many people face a conundrum: their hectic schedules don't provide enough room to squeeze in a full workout session a couple times each week.

That is why the idea of exercise snacks has become so appealing.

Exercise snacking picked up steam early in the COVID-19 pandemic, when most people were stuck inside their homes. The idea is that doing short, intense exercises – such as squats, jumping jacks and climbing stairs – several times each day can be as beneficial to one's health as longer exercise routines.

These one- to two-minute bursts of activity do not require a gym membership or specialty clothes, shoes or equipment. And they can easily be sprinkled into the day, whether someone is working at home or in an office.

The inspiration for exercise snacks came from the popularity of high-intensity interval training, known as HIIT, and sprint interval training, or SIT. In these interval workouts, people exercise vigorously for a short period, rest for a short period, and then repeat the cycle several times. These workouts generally can be completed within 10 to 25 minutes, and their physiological benefits have been well-documented.

Exercise snacks seek a similar level of intensity, but the rest periods are longer.

What the science says

Scientists have been investigating the effects of a sedentary lifestyle for decades. Research suggests that exercising regularly is not enough to combat the effects of sitting all day.

A 2008 study found that people who sat for hours developed blood sugar and cholesterol problems at higher rates than those who moved around frequently throughout the day. This remained true even if people who sat for lengthy periods worked out several times a week.

More recent research suggests that the negative effects of extended periods of sitting can't even be reversed by a daily workout. But exercise snacks appear to be a difference maker. Studies have shown that exercise snacks can improve metabolic health, raise endurance and prevent the breakdown of muscles that occur when people sit too long.

Scientists at the University of British Columbia have been using their research on interval training to better understand how exercise snacks impact the body. In a lab study, they found that people who completed three, 20-second sprints separated by several hours each day for six weeks had similar aerobic fitness levels as people who did a traditional SIT workout of three, 20-second sprints separated by two-minute rest periods.

A 2019 study also found that healthy college students gained significant aerobic fitness and leg strength after six weeks of doing exercise snacks three times each day — morning, lunch and late afternoon. None of the students performed any other workouts during the study period.

Similar results were found when researchers compared the health benefits of a single, 10-minute session of intense interval training on a stationary bike to a one-minute intense session on the bike every few hours throughout the day. At six weeks, both groups showed similar fitness levels.

A 2022 study found that exercising snacking was particularly beneficial for muscle health. Researchers monitored healthy young people as they sat all day, except to use the bathroom, and then asked them to break up their days by either walking for two minutes or performing a brief set of chair squats every 30 minutes. .

The researchers determined that prolonged inactivity reduced the ability of the body's muscles to absorb and use amino acids from the bloodstream. But this process improved when the exercise snacks were added. Without enough amino acids, which are the building blocks of protein, muscles cannot grow or repair themselves efficiently.

The proper way to 'snack'

The most important ingredient of an exercise snack is an intense activity that briefly raises one's heart rate and breathing. The U.S. Centers for Disease Control and Prevention offers a rule of thumb for determining whether an activity is vigorous: a person shouldn't be able to say more than a few words without pausing for a breath.

The type of intense activity people choose is dependent upon their personal preferences. It could be 15 chair squats, 12 jumping jacks or two minutes of climbing stairs.

Exercise snacks should last one or two minutes and happen frequently throughout the day, ideally every 30 minutes, Daniel Moore, an associate professor of muscle physiology at the University of Toronto in Canada, told The Washington Post. For people who already enjoy fuller workouts during the week, these snacks can simply be added to their regular exercise regimens.

The University of British Columbia offers a series of Movement Break videos that illustrate how to incorporate simple bodyweight exercises and stretches into the day.

Fitness experts also emphasize that even vigorous, nonexercise physical activities, like cleaning the house or running errands can be beneficial. A study published late last year found that these activities are linked to a reduced risk of death. These activities also can include dancing around the house and playing with children.

For people who worry that they won't remember to get up and move so frequently, setting alarms or calendar reminders may help.