These tiny mites are mating on your face while you sleep

During the day, they live in our pores – but at night, they come out to party 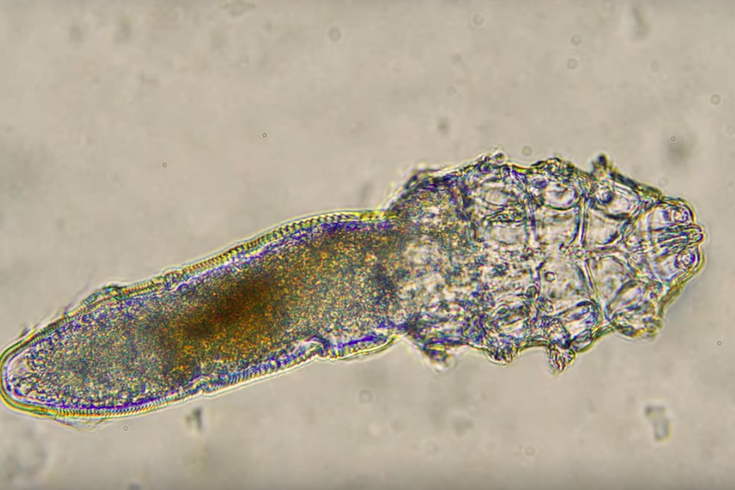 An up-close look at the microscopic face mites crawling all over our faces.

You’re probably familiar with the creepy-crawly mites that are invisibly wading through your eyelashes as you carry on with your day.

But there’s another form of mite thriving on your face, also from the genus Demodex, that you might not be as familiar with.

According to Live Science, face mites live the good life in the facial pores near the root of facial hair and sustain themselves on the face’s natural oils, also known as sebum. They seem to have a strong preference for the greasiest areas near the nose, cheeks and forehead.

RELATED READ: Tomatoes: A skincare secret weapon thanks to this antioxidant compound

Face mites are pretty much invisible – their eight-legged bodies measure just .3 millimeters – even when they come out of our pores to mate on our faces while we sleep, Live Science reported.

Watch face mites work their magic in this video by KQED San Francisco: