The principal apologized for the controversy and the media attention 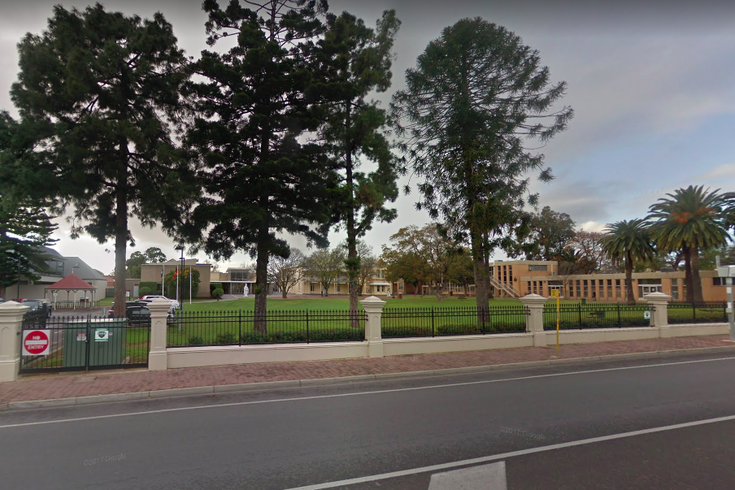 Two weeks ago – thanks to the magic of mathematics and engineering and whatnot – we brought you a story regarding the, uh, hypothetical size of William Penn’s statue parts when the City Hall-topper is viewed from the northwest.

It was a crass investigation, some said. It obviously didn’t rise to the level of folks calling for the 37-foot homage to Penn to be covered up or moved, though.

At a time when another noteworthy statue – that of former mayor Frank Rizzo – is preparing for a move to a yet-disclosed location, one voter in Tacony wrote in “Penn will come off City Hall” as a candidate for city controller.

It seems highly unlikely that Penn will be moved, though. That probably doesn’t need to be said in any other context than comparing it to a story out of Australia that brings the Penn-junk peculiarity to mind.

St. Martin de Porres is the patron saint of mixed-race people, barbers, innkeepers, public health workers and anyone who seeks racial harmony. (There’s even a school named after him in Strawberry Mansion.)

In the suburbs of Adelaide, a statue of the saint at Blackfriars Priory School has gotten international attention this week for something of a Penn dynamic.

The statue, recently placed in its location, shows the saint handing a child a loaf of bread. The bread is held in a peculiar enough of a position to make the loaf seem phallic, as you can see below:

When you should have got Michelangelo to sculpt your school statue...#Adelaide pic.twitter.com/dDWfsV7YJh

Well, the statue-removal craze made its way to Adelaide as a result, sparking both a meme craze on Instagram and a black cloth draped over it to fend off lewd impressions.

He continued to apologize on behalf of the school “for any concerns and publicity generated by this matter” and said the statue will be substantially altered from its current form.

Tell you what, though: They made a good call here, though it probably shouldn't carry over to the Penn statue, despite what a single Tacony voter thinks. Leave Penn alone. It's not lewd; it's just a funny quirk.