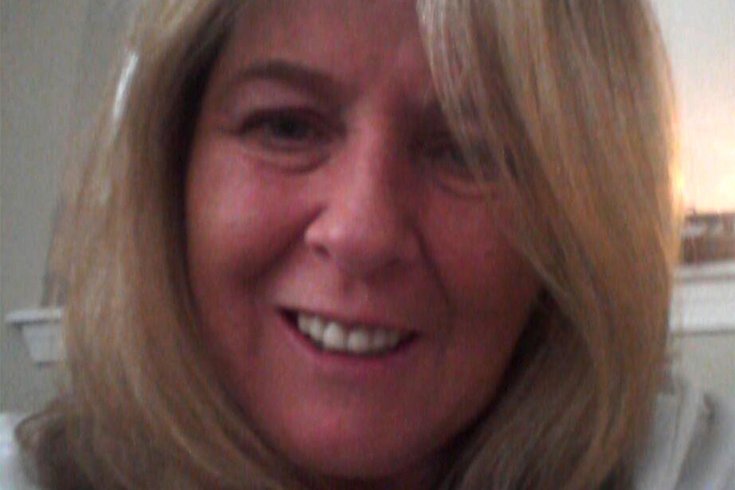 Susan Pfost died Dec. 14, 2015 in an auto accident in Winslow Township, Camden County. Her adult children found her severed hand at the scene of the crash two days later. It had been overlooked by authorities.

Nearly two years after visiting the scene of the car accident that killed their mother, only to find her bloody severed hand lying in plain sight on the side of a South Jersey roadway, her two adult children remain traumatized by the experience, according to a lawsuit filed Tuesday.

The civil suit, filed by Brittany Pfost-Esposito and Justin Pfost, as well as the victim's husband, Donald Pfost, contends the family was traumatized by the “carelessness, recklessness and negligence” of Dr. Gerald Feigin, head of the regional medical examiner's office, as well as his scene investigator, Patrick Daley, and others.

Susan Pfost, 56, died on Dec. 14, 2015 from injuries sustained when her Saturn went off Winslow Road in Winslow Township, Camden County, clipped a pole and overturned shortly before 2 p.m. that Monday. The Monroe Township woman's left hand was severed in the accident.

Two days after the crash, her two children visited the scene to place a roadside memorial. There, at the base of a utility pole, they found their mother's bloodied hand, severed above the knuckles, rings still in place. It had been overlooked by emergency workers and an investigator with the medical examiner’s office.

The hand was neglected by authorities despite the fact that it was plainly visible; it clearly shows in seven scene pictures taken by a Winslow police employee, according to the lawsuit filed Tuesday in Gloucester County by attorney Theresa Grabowski of Voorhees.

The afternoon of the accident, Daley, a scene investigator with the regional medical office for Gloucester, Salem and Camden counties led by Feigin, “retrieved Susan Pfost’s body – with the exception of the majority of her left hand,” the lawsuit claims.

Feigin performed an autopsy the morning after the accident at his facility in Gloucester County. His examination found multiple fractured ribs, contusions, left arm fractures, and the amputation of all the fingers on her left hand, except the thumb.

The autopsy report, however, makes no mention of Pfost’s missing fingers, nor that they were not recovered from the scene. And it fails to mention any need to recover the severed digits.

Likewise, Feigin neither documented the injury with pictures, nor did he take “steps to address the missing hand,” according to the lawsuit.

Donald Pfost first learned a day after the accident that his wife’s hand had been severed. But that revelation was heard from a funeral director, not from the medical examiner’s office or from Winslow Township.

The lawsuit contends no one from Winslow Township searched for the missing hand, though the police department told Donald Pfost they believed his wife’s hand remained in the vehicle. 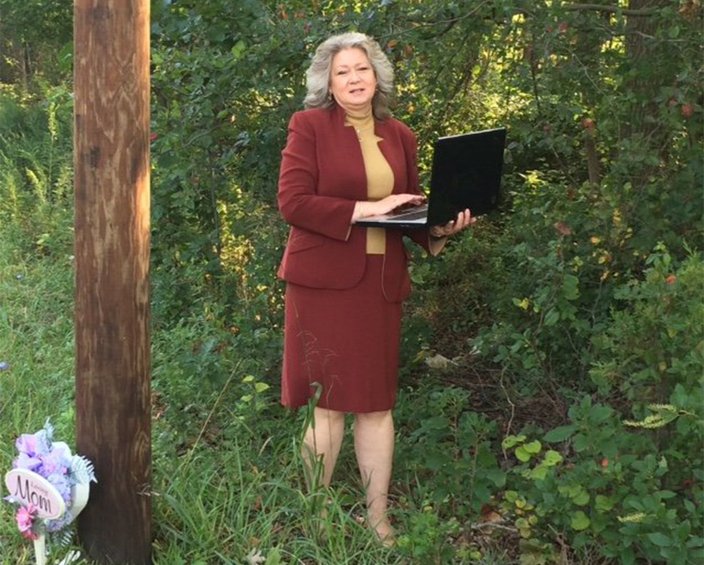 Lawyer Theresa Grabowski, examining photos taken by Winslow Township Police last December, stands just behind the spot where the adult children of Susan Pfost discovered her severed bloody left hand. The partial hand – above the knuckles with four fingers attached – was overlooked by Winslow Township authorities, as well as a death scene investigator with the medical examiner's office.

Feigen and his office’s handling of Pfost’s severed hand came up recently in another case – the trial of David “DJ” Creato, a South Jersey man who was charged with murder in the death of his three-year-old son.

Feigin, whose flustered performance on the stand – he had part of the wrong report in his hands during cross-examination – prompted the Camden County Prosecutor’s Office to immediately float Creato a plea deal of just 20 years in prison, rather than the 30 years initially offered, according to defense lawyer Richard J. Fuschino Jr.

After a mistrial, Creato eventually accepted a plea deal of just 10 years on downgraded charges.

Feigin’s past performance in two cases in Massachusetts, including the notorious Boston Nanny case, have in the past led judges to free one defendant and downgrade the charges for another.

Feigin relocated to New Jersey in 1998 in the aftermath of those two cases.

During cross-examination in the Creato case, Feigin blamed “miscommunication” for his office’s failure to collect Susan Pfost’s hand.

Feigin and Daley did not respond to a request for comment left with their office on Tuesday. Debra Sellitto, a spokeswoman for Gloucester County, declined comment due to the pending litigation.

The police chief and the administrator for Winslow Township also did not respond to requests for comment.

Grabowski said the initial handling of the missing hand was compounded by no one taking responsibility or making amends to the Pfost family.

“The defendants have compelled it to come to this,” she said.