Also, the latest on DeVante Parker, Duke Johnson and a bevy of tight ends 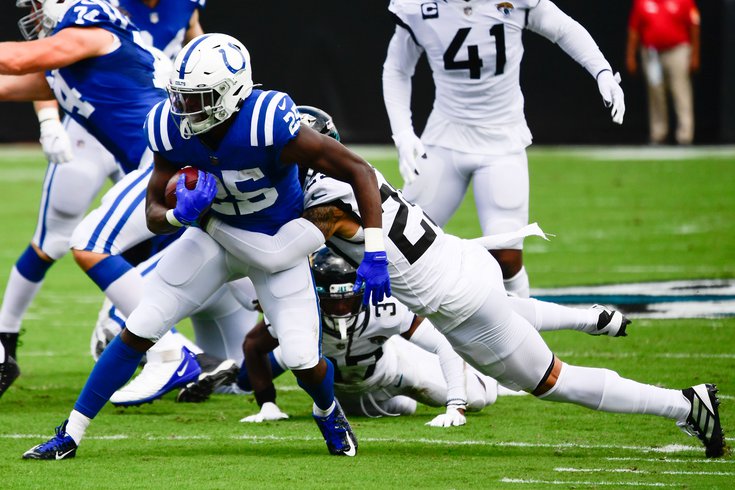 The majority of Week 1 is in the books, and not surprisingly, fantasy teams have already been decimated with injuries.

While there is obviously an entire week left for players to get healthy and recover from opening day bumps and bruises, there are some key fantasy stars who will be out in Week 2 and potentially beyond after some bad luck to open the new season.

Here's a glance at the early season carnage and what we currently know about each. We've also included the fantasy outlook and a potential pick up to replace the injured skill player:

Thomas is pretty clearly the top wide receiver in football and showed that yet again in a convincing Saints' victory in Week 1. However, during "garbage time" at the end of the game, the wideout looked to roll his ankle and exit in the final few minutes. He was walking in the locker room and is reportedly doing fine, but that was before he had let any team doctors take a look.

Thomas has the top consensus odds, according to TheLines.com, of leading the entire NFL in receiving yards. Missing any time would certainly give a hit to that moniker. The 27-year-old has missed just one game in his four-year career.

On Tuesday, it was reported that the wideout would miss a few games:

Thomas is as tough as they come and surely will try to defy that timeline. But it'll be a battle.

For anyone who drafted rookie Jonathan Taylor and was concerned about his role in Indianapolis, there is no longer a need to worry. Mack reportedly tore his Achilles' and will be done for the year. Mack got a handful of touches before sustaining the injury but the true surprise in the Colts backfield was Nyheim Hines, who scored a touchdown in Week 1. Both Hines and Taylor are now start-able fantasy running backs.

Parker exited the Fins' loss to the Patriots with a hamstring injury. There is no telling, yet, if it will cost him any time, but he didn't return from it. If Parker misses action, Preston Williams and Jakeem Grant stand to benefit the most from a fantasy production standpoint.

Bell also sustained a hamstring injury, and left the field in the third quarter of the Jets' opener. He only tallied 14 yards on six carries before getting hurt, and Frank Gore entered, carrying six times for 24 yards. Gore would carry the load if Bell missed time, but the first game was not encouraging as far as New York run production goes.

Johnson suffered an ankle injury Thursday and appears to be listed as week-to-week. There is a pretty good chance he misses Houston's Week 2 game. If he does, it seems most likely that David Johnson just gets used more, with few reliable backup options currently on their roster.

The Chargers No. 2 running back had two touches before hurting his quad Sunday, opening the floodgates for an impressive debut from rookie Joshua Kelly. If Jackson misses time with the leg ailment, Kelly could continue to be a playable option for those needing RB depth.

For a brief window, it appeared Njoku might wind up being a fantasy steal after the Browns threw a brinks truck at Austin Hooper this offseason. But after catching a touchdown pass in their opening game, Njoku left with a knee injury. His absence will likely give Hooper more targets if anything.

Jarwin exited Dallas' Sunday Night game with what was later revealed to be a torn ACL.

#Cowboys TE Blake Jarwin suffered a clean ACL tear, the MRI confirmed. No other issues. He’ll have surgery and make a full recovery for 2021. The timing of his 3-year, $24.25M extension was fortuitous for Jarwin.

There is little behind Jarwin to be excited about, with Dalton Schultz and Blake Bell the other TE's on the roster. Keep an eye on the Cowboys, as they will likely do something to address that position this week.

And finally, a third middle-of-the-road fantasy tight end, Everett, got hurt Sunday. His back was the issue, and his absence made Tyler Higbee more important to the LA offense. If Everett misses any games, Higbee's fantasy value will slightly increase.