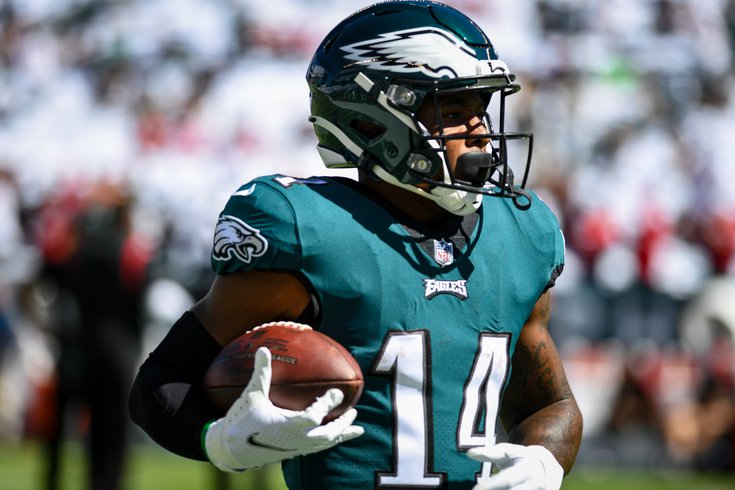 Week 8 is here, and thankfully (and illogically) the NFL has gone from six teams on bye last weekend to just two — the Raiders and Ravens. Which certainly makes things a little easier.

In addition, there's a chance several injured stars could make a return this week, like Saquon Barkley in New York or Nick Chubb in Cleveland. If you survived last week, this one will be a breeze.

Still, everyone needs help on waivers every now and then — and we are here to help. Here's a brief look at a player (or three) we like as additions from the free agency wire right now:

Eventually, we assume, the Chiefs will turn this thing around and emerge as a contender again, as they have been for years. But even the most dramatic of turnarounds will still have Kansas City struck with one of the worst defenses in the league. Which is why, with the Giants' skill players slowly getting healthy again (there's a solid chance Saquon Barkley, Sterling Shepard and others play in this one) Jones might be a good streaming pickup ahead of Week 8. He can run, he can pass, and he's probably going to lead the Giants on more than a few scoring drives against a KC defense still looking for answers.

Not only do the Eagles finally have a favorable matchup for the first time in weeks, but with Miles Sanders expected to miss at least one game and potentially more, there will be work for these two speedy backs in Week 8. It is assumed that Gainwell will get more touches, but there is little evidence to go off of, as he hasn't proven to be anything more than an excellent third down and pass catching back. Scott could have a role in this one, and both guys are probably worth a snag on waivers if you have a need at running back.

UPDATE [4 p.m] — Welp, so much for that. Just as Adams is in the COVID protocol, as we mentioned below, the Packers announced that fellow Packers wideout Allen Lazard is there now too.

The #Packers have placed WR Allen Lazard on the reserve/COVID-19 reserve list, per team.

The best course of action for an Adams owner, or for a team in need of wide receivers is to pay close attention as the game approaches. If neither can go, Randall Cobb or perhaps another deep on the depth chart pass catcher will become a fantasy option. Stay tuned...

This one is a fluid situation but Davante Adams, as of Tuesday morning, is on the COVID list with the Packers slated to play Thursday night. He'll need two negative tests to be able to play, and if he doesn't get them — with Marquez Valdes-Scantling also hurt (but nearing a return) — Lazard has a chance of being Aaron Rodgers' WR1 in Week 8, which is a tantalizing possibility. He's available in 95.1% of leagues on ESPN, and has actually been half decent of late, commanding 11 combined targets in his last two games. Follow Adams' status closely, but Lazard could have a huge night.

Uzomah has been as close to hit or miss as it gets in fantasy, with two 20+ scoring outbursts this season but also his share of stinkers scoring five or less. He does have five touchdowns over the last four weeks and is trending the right way, and with the Jets on the docket in Week 8 it doesn't get more favorable for an offense than that. He's worth a streaming pickup.

Easy strategy here — go with the defense playing the worst offense. Pick them up if they're available (like they are in 87% of ESPN leagues).