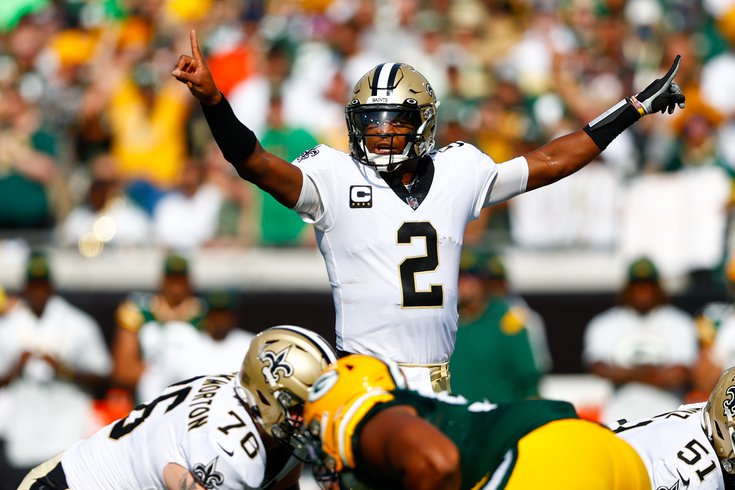 It's been one week and hopefully your fantasy team isn't in need of reinforcements.

After a slate of games thankfully light on injury issues, only a few really appealing free agents are even out there to be had — and we are going to help you identify them.

Here's a look at a player (or three) at each position worth targeting on the waiver wire, if you are looking to make an early season change:

Winston threw five touchdown passes in his season debut as the starter in New Orleans and it appears he'll be working in an offense built just for him by Sean Payton. And while he isn't slinging the ball (yet?) down the field, he does appear to have the tools around him to be an effective game manager at worst. He's probably the most alluring available QB at the moment.

Ingram is available in 79% of Yahoo! leagues and that is mostly due to the fact that no one had any idea what the Houston backfield would look like once the season started. From what we saw in Week 1, Ingram is the featured back on the team and saw 46% of snaps — to David Johnson's 28%, Phillip Lindsay's 26% and Rex Burkhead's 20%. That's a lot of competition for touches, but Ingram had 26 carries. The other RBs combined for 11. He is the hot hand for now and is worth a pick up for those in need of a running back.

With T.Y. Hilton sidelined, many expected Michael Pittman to be Carson Wentz' go-to target in Indy. But that did not prove to be the case, as Pascal was the most effective wideout, scoring two touchdowns in the game and receiving the most targets of any non-running back. With slim pickings early, Pascal is a good waiver target.

Could Njoku's emergence as a favorite target of Baker Mayfield be a flash in the pan with Odell Beckham Jr. likely to return soon? We can't be sure until next week, but his 76 receiving yards on five targets in Cleveland's opener puts him on the radar screen for those searching for an early answer at tight end.

Green Bay's offense laid an egg in a stinker to start the year vs. the Saints, but a game against the lowly Lions could be just what the doctor ordered. They'll likely be available on waivers.