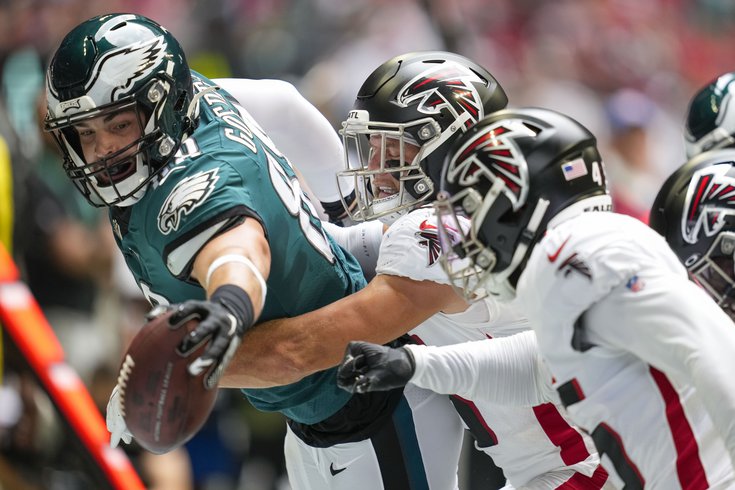 A fun Week 1 of the NFL season is in the books, as there were some lopsided results, a few surprises, and some fun storylines heading into Week 2. There are no obituaries yet, obviously. Let's just get to the hierarchy.

16) Falcons (0-1): As we noted leading up to game day, the Falcons' roster stinks. They have three Band-Aids starting in their secondary, the interior of their offensive line may was well just be a three-man blocking sled, and they have no pass rush. As such, I expected the Eagles to beat them.

What I did not expect was for the Falcons' staff — both offensively and defensively — to get so badly outcoached. The Falcons are going to be bad and boring in 2021. They're probably the worst team in the NFC.

15) Giants (0-1): Joe Judge challenged a touchdown on Sunday, which cost him a timeout, lol. He thought the runner stepped out of bounds before getting into the end zone, except he clearly didn't and it probably took the NFL all of 2 seconds to confirm the TD. Judge then threw his challenge flag as the Broncos were attempting the PAT, because he's a gigantic crybaby who was unhappy that he didn't get to have his say before they moved forward.

The PAT was good, but you could hear whistles on the TV feed during the kick, because they reacted to Judge throwing the challenge flag.

So initially, the referee announced that you can't challenge a scoring play because they're automatically reviewed, etc., but then they also had to discuss whether the PAT had to be re-kicked. It seemed that they ultimately decided (without actually saying so), "No, screw that crybaby. He's not going to benefit here by forcing a re-kick." So the PAT just counted even though referees were blowing their whistles during the play. Lol. It's kinda slow and boring, but you can watch the whole thing here: 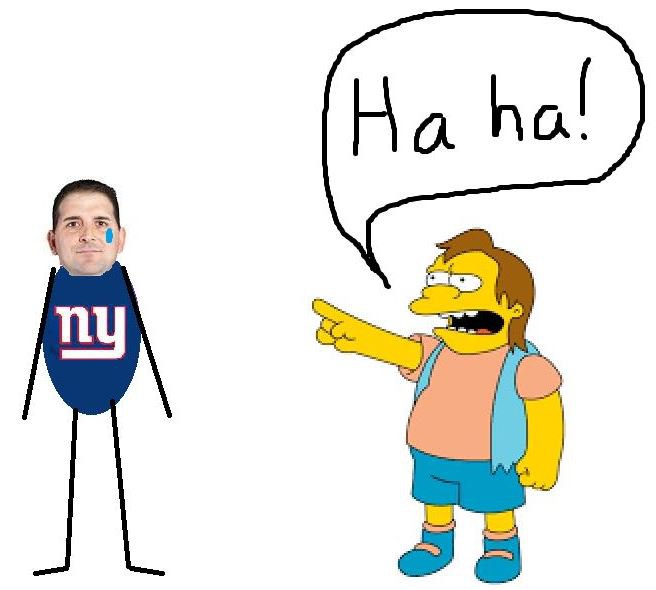 14) Lions (0-1): The Lions were down 38-10 in the third quarter against the Niners, but credit them for continuing to bite at kneecaps, so to speak. They ultimately cut the lead to 8, before their late-game rally fell short.

But at least unlike the Falcons and Giants above, the Lions showed something. I mean, they gained 430 yards, they had 31 first downs, and they only turned it over once. That's good enough to move them up from 16 to 14.

MORE: WTS: Eagles' vibes are strong, and they'll be a factor in NFC East | McMullen: Nick Sirianni serves notice on the NFL

“The plan is to guard the big picture and to not break this quarterback before they believe he's ready. ... What about the guys that had the chance to sit on the bench? Patrick Mahomes, Aaron Rodgers, Tom Brady.”@AdamSchefter with some perspective on the Bears' QB situation. pic.twitter.com/kbTbb207ya

What a stupid rationale for sitting a first-round pick in favor of a washed Andy Dalton, especially for a head coach / general manager tandem in grave danger of losing their jobs if they don't win this year.

12) Panthers (1-0): The Panthers to me are that team nobody cares about that wins six games, picks 10th in the draft, and is going to be difficult to write about all year because they're uninteresting. Does anybody care even a little about the Panthers' win over the Jets? No? Cool, moving on...

11) Football Team (0-1): The Football Team came into 2021 with high hopes and some momentum after winning the division last year. If you have the pleasure of listening to D.C. sports radio, their fans actually had some unrealistic excitement for an upcoming season for the first time in a while.

Aaaaaaaand then they played a game, which they not only lost, but also lost Ryan Fitzpatrick for 6-8 weeks after he got blasted by Uchenna Nwosu.

Taylor Heinicke will take over. He's something of a fan favorite, who in fairness, played well in WFT's playoff loss to the Bucs last year. But, I mean, this is not how the ideal start to this season was drawn up.

MORE: Week 2 NFL betting lines: Point spreads for every game | The Eagles no longer have the worst odds in the NFC East

9) Eagles (1-0): The Eagles dominated the Falcons on Sunday, really in all three phases, as the Nick Sirianni / Jonathan Gannon era is off to a great start. Now begins the difficult portion of their schedule this season. Their next 5 games:

They'll be underdogs in at least four — and possibly all five — of those games.

8) Cowboys (0-1 moral victory): The Cowboys came into Week 1 as the heaviest underdog in the NFL, at -8. They only lost by 2, which means that they're actually good now.

So congratulations to them.

Anyway, my takeaways from that game Thursday night.

• To begin, Dak Prescott unquestionably played a great game. He was 42 of 58 for 403 yards, 3 TD, and 1 INT that wasn't his fault. He is very clearly a top 10 quarterback in the NFL, and maybe even higher. However, he looked slow as a runner, and it did not appear like he will be much of a weapon on the ground this year. His arm strength also didn't seem to be 100 percent.

You can look at that one of two ways. In the short-term, it's questionable whether he'll regain his elusiveness as the season progresses. We'll see. Same goes for his arm strength. In the long-term, if he can indeed regain his physical capabilities, and he can play that well without them, then that's not good for the rest of the NFC East.

• Ezekiel Elliott looked like he was on his way to be cooked last season, and then came the "best shape of his life" nonsense this offseason. He had 11 unimpressive carries for 33 yards.

• The defense is still bad. The Bucs turned it over four times with really only one coming via a great play by a Dallas defender. Otherwise, this score would have been more lopsided. The Bucs also left plenty of other plays on the field, and they still racked up 431 yards on a lofty 6.7 yards per play.

• Game management is still not a strength of this Cowboys' coaching staff. They had a clear "go for it" situation in the third quarter, down 5 points, with 4th and Goal from the Bucs' 3, and they kicked a FG.

• The Cowboys have so many different buckets of distinct losses over the last ~25 years:

Obviously, Thursday night would fall into bucket No. 4, with a little sprinkling of bucket No. 3.

Both Aaron Rodgers and Davante Adams shared the same image to their IG story 👀 @brgridiron pic.twitter.com/y7NvymhsA7

Post-game, Rodgers pointed out that it was just one game, and that are 16 more to go. While that's a good point, there's also a counter-argument to be made here that the "one game" was played in Jacksonville because of hurricane devastation in New Orleans, and it was essentially a Packers home game on the road, again, against Jameis Winston.

Oh, and Chandler Jones might be the most underappreciated player in the league.

chandler jones had the titans in hell whew pic.twitter.com/VPtDy5bQBY

4) 49ers (1-0): Much was made of the Niners' two-quarterback offense, so I was curious to see how many snaps Trey Lance got Week 1. Four. He got four snaps.

1) Buccaneers (1-0): Two old dudes who have played together for a long time:

This was legendary work by Tom Brady and Gronk. Brady sees cover 0 and audibles to Gronk to a concept where he sells like he is staying in the protection for a few steps, invites the rush, then releases past for an easy 6. #Buccaneers #Cowboys #GOAT pic.twitter.com/iaV4kcowiC

I mean, Tom Brady and Rob Gronkowski don't need to be celebrated more than they already are, but even I have to admit that they are a couple of players operating mentally on a different level.