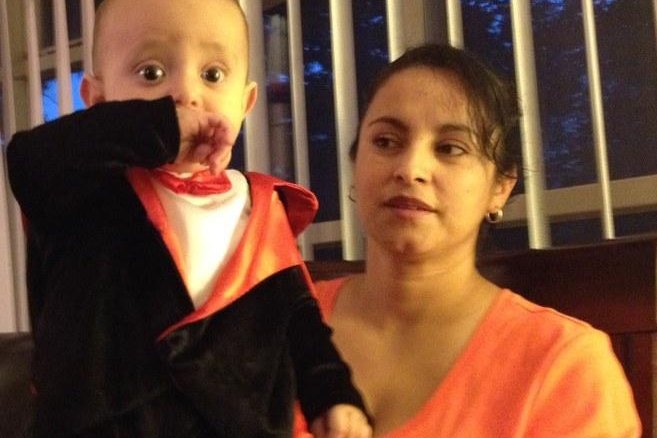 Maria Evelia Cabrera-Gutierrez was captured by the FBI after allegedly kidnapping her son three years ago and fleeing Pennsylvania. Her son, Daniel Markus, pictured left, was recovered.

The FBI is crediting a true-crime television show for information it received that led to the capture of a Pennsylvania mom accused of kidnapping her son three years ago.

On Monday, the agency announced the arrest of Maria Evelia Cabrera-Gutierrez, as well as the recovery of her 4-year-old son, Daniel Markus, a day after an episode about the case aired on HLN's "The Hunt with John Walsh."

In August 2014, Cabrera-Gutierrez was ordered by a Reading court to share custody of her son with his father, Guy Markus. Instead, she allegedly left the state on a bus in November.

She was subsequently charged with interference with custody of children and concealment of the whereabouts of a child, and a federal warrant was issued after an additional charge of unlawful flight to avoid prosecution was filed.

On Sunday night, "The Hunt," a show that revisits unsolved cases, aired an episode about Daniel's disappearance. The FBI said it received tips after the episode that Cabrera-Gutierrez was in Raymond, Washington.

Cabrera-Gutierrez was located in Raymond, and she admitted her identity after being taken into custody, according to the FBI. Daniel was found at a school and taken to child services until his father could arrive.

Deron M. Manndel, a detective sergeant with the Central Berks Regional Police Department, told HLN after the arrest that authorities initially believed Cabrera-Gutierrez was heading back to Mexico, where she's originally from.

He told the CNN sister station that she had last been seen in Austin, Texas, and that authorities believed they had lost her.

The FBI thanked “The Hunt” and the tipsters for helping bring Cabrera-Gutierrez into custody.