The drug only needs to be given once every two months, which experts say could improve usage 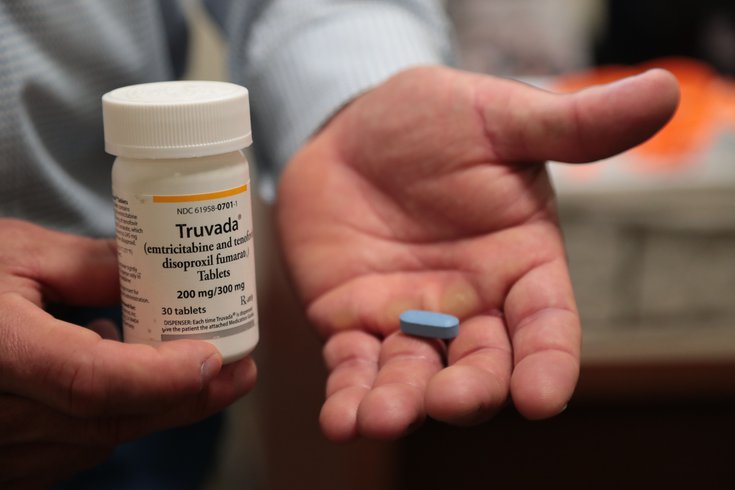 The FDA approved the first injectable PrEP treatment used to prevent HIV infection and lower the risk of transmission. Pictured above is Truvada, an oral PrEP medication.

In a move to increase access to HIV-prevention treatment, the U.S. Food and Drug Administration on Monday approved the use of Apretude – the first injectable pre-exposure prophylaxis treatment aimed at lowering the risk of HIV infection.

There were previously only two forms of treatment approved as PrEP. Truvada and Descovy, both of which are an oral medication that need to be taken once per day. The biggest difference between the two treatments and the newly approved Apretude, is that Apretude only needs to be given once every two months.

The FDA hopes that approving Apretude is the next step in effectively ending the HIV epidemic.

Apretude is given as two initiation injections administered one month apart, and then given every two months after that. Patients can choose between receiving just Apretude, or they can take the oral medication Vocabria to see how their bodies react to the drug.

Dr. Debra Birnkrant, director of the Division of Antivirals in the FDA's Center for Drug Evaluation and Research, lauded the approval as an "important tool" in ending the epidemic.

"This injection, given every two months, will be critical in addressing the HIV epidemic in the U.S., including helping high-risk individuals and certain groups where adherence to daily medication has been a major challenge or not a realistic option," Birnkrant said.

According to the U.S. Centers for Disease Control and Prevention, the use of PrEP reduces the risk of getting HIV from sex by 99%, and reduces the risk of infection from injection drug use by at least 74%. However, strict adherence to daily medication is incredibly important in reaping the protective benefits.

The first oral medication for PrEP was approved by the FDA in 2012 for use in adults, and later approved for adolescents above 77 pounds in 2018. Health care providers across Philadelphia and throughout the country have been working to increase awareness of PrEP and its benefits among those most at-risk for HIV infection.

At Penn Medicine, experts have sought to improve access to PrEP at the primary care level, saying a medication that can prevent infection can be more effective than simply attempting to mitigate human behavior to reduce the risk of infection.

"This is an exciting time for us to change our approach," Bridget McBride, HIV Prevention PrEP navigator, said in 2019. "Rather than focusing on changing people's behaviors to avoid risk, PrEP requires us to address people's perception of their own risk. It shifts the paradigm from one of fear to one of empowerment."

Gains have been made in improving access and use of PrEP for reducing HIV risk, though studies have shown that some groups are more likely than others to request a prescription for the therapy. The Centers for Disease Control and Prevention notes that in 2020, of the 1.2 million people for whom PrEP was recommended, only 25% received a prescription.

The CDC further notes that, although Black and Latino people compromise the largest demographic group for whom PrEP is recommended, data shows that only 9% of Black people and 16% of Latino people who could benefit from it were prescribed.

The FDA said some high-risk groups, including young men who have sex with men, are less likely to adhere to a daily oral medication.

There are a lot of factors that determine whether an individual will be able, or likely, to adhere to using a daily oral medication. Factors such as substance use disorders, depression, poverty or efforts to conceal medication use can influence daily adherence, which makes efforts to expand the use of a bimonthly injectable more important.

As of 2019, the CDC estimated about 285,000 people in the United States were using PrEP, and the World Health Organization estimates around 600,000 people globally have used the therapy.

There are currently 18,621 people living with diagnosed HIV in Philadelphia, with 332 people newly diagnosed in 2020, according to city data. Efforts to curb infections in the city include promoting PrEP and increasing access to the drug for those at-risk for HIV infection, whether through sex or injection drug use.

In two randomized, double-blind clinical trials conducted ahead of the FDA's approval of the drug, two at-risk groups compared Apretude to Truvada. The first group, which was comprised of cisgender men and transgender women who have sex with men, found that those who used Apretude had a 69% less risk of HIV infection compared to those who took Truvada.

The second group, which was comprised of cisgender women at-risk for HIV infection, found that those who used Apretude had a 90% less risk of infection compared to those who took Truvada.

Those seeking to use Apretude must confirm they are HIV-negative immediately before beginning treatment. Reported side effects from the trial for those who received Apretude compared to Truvada include injection-site reactions, headache, fever, fatigue, back pain, muscle aches and rash.

Philadelphia has a wide list of PrEP providers, which can be searched at the city's website. Additional HIV and PrEP-related resources for Philadelphians and Pennsylvanians can be found at pleaseprepme.org, or by visiting organizations like The Mazzoni Center.