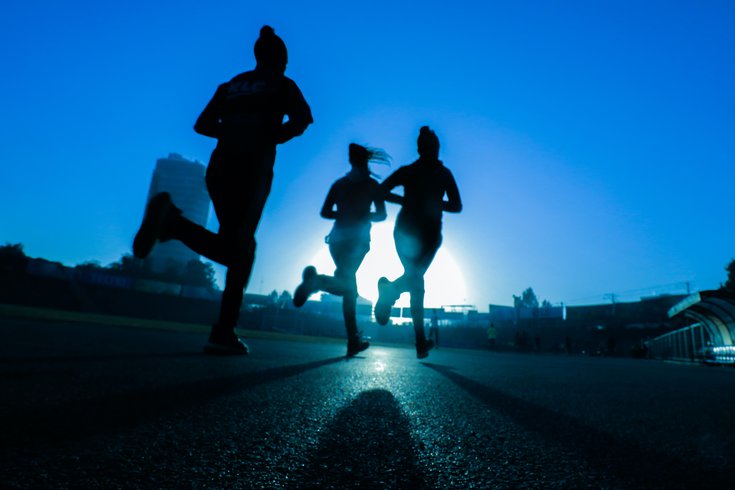 HIIT involves brief intervals of intense exercise followed by periods of rest or lower-intensity exercise. Many athletes have added it to their training regimens to improve their performances.

Getting healthier – whether it is by losing weight, exercising more or scheduling those long-ignored doctor's visits – is one of the most common New Year's resolutions every year.

One way that people can get in better shape and improve their overall health is to add high-intensity-interval training to their workout routines. Studies continue to show that HIIT not only helps people get fit, but it is also good for their hearts, livers and brains.

HITT is not a new exercise approach. It involves doing brief intervals of intense exercise followed by periods of rest or lower-intensity exercise. Many athletes have added it to their training regimens to improve their performances.

Any type of aerobic exercise, such as running, swimming or cycling, can be done in short bursts in which a person's heart rate reaches at least 80 percent of its maximum capacity.

The idea is to push hard for a few minutes, or even seconds, and then slow down or stop for several more minutes. Then repeat this cycle at least three or four times.

Another approach that originated in Norway is to complete four, 4-minute intervals of heart-pounding exercise with 3-minute recovery periods in between. When exercising, make sure to take time to warm up beforehand and cool down afterward.

Another popular approach is to perform 10, 1-minute periods of intense exercise followed by 1-minute recovery periods.

At many fitness studios, HIIT workouts often mix aerobic and resistance training, according to Vox, but the studies that have examined its health effects have only involved aerobic exercise.

What does the science show?

Research shows that HIIT challenges the cardiovascular system and muscles more than other types of exercise. It increases maximal oxygen uptake, or VO2max , more than moderate exercise. VO2max is used as a measure of aerobic fitness and endurance and has been associated with greater longevity, Ulrik Wisloff,  head of the cardiac exercise research group at the Norwegian University of Science and Technology, told The New York Times.

Other research has shown HIIT can improve memory in younger and older adults and lower the risk of dementia. Because of its intensity, HIIT prompts the muscles to produce more of the chemical lactate, which promotes the creation of new cells and blood vessels in the brain.

People with high blood pressure also have been found to benefit more from 20 minutes a day of HIIT on a stationary bike three times per week for eight weeks. This was in comparison to exercising four days a week for 30 minutes per day. However, it didn't appear to have any effect on blood pressure in people whose blood pressure was in a normal range.

Several studies have demonstrated that HIIT reduces blood sugar and improves insulin resistance more than the traditional approach to exercise.

One of the latest studies, published in the Journal of Clinical Endocrinology and Metabolism, found HIIT can be as effective as moderate-intensity, continuous training in reducing liver fat and improving non-alcoholic fatty liver disease – even with overall less energy spent.

Are there any drawbacks to HIIT?

Many people like the fact that HIIT delivers more results in a shorter period of time.

One 2006 study found that four to six sessions of 30 seconds of intense cycling followed by four minutes of rest produced the same or better results than cycling for 90 to 120 minutes three times a week. The HIIT riders who performed only 12 minutes of intense exercise experienced more healthy remodeling of their muscle cells.

The one problem with such intense exercise, however, is that people can't do it every day without burning out or getting injured. Fitness experts say people shouldn't do it more than three times a week. To maintain the health benefits of HIIT, people need to incorporate more moderate types of the exercise on the other days of the week.