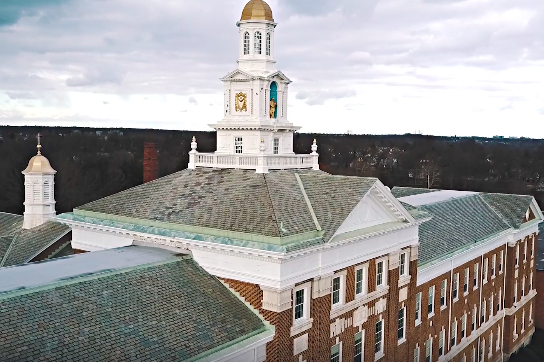 A Delaware County filmmaker spent more than two months using a drone to capture the diversity of the suburban Philadelphia county.

Johnathan "Jnkyard" Kolleh, of Yeadon, used a DJI Mavic Pro drone — which is equipped with a camera — to record images of Villanova University, the Commodore Barry Bridge and the 69th Street corridor in Upper Darby, among many other places.

He released the video on his Jnkyard Cinema Facebook page on Tuesday. Positive reactions were swift — his post has been shared more than 4,000 times. The video has gained more than 178,000 views.

Kolleh previously had produced other videos, but he said he did not have any particular expectations for this one.

"Honestly, no," Kolleh told PhillyVoice in an interview conducted via Facebook. "I just love Delco and wanted to show Delco from a cinematic aspect."

Kolleh spent about two-and-a-half months shooting the video and another two weeks editing it.

"But I was editing while I was filming," Kolleh said. "I had a first draft around December and felt like it wasn't good enough, so I went back and shot more."

The shots include views of many Delco schools, athletic facilities and municipal buildings. There are highways, waterways and country landscapes, too.

It also highlights many of the county's restaurants, retail outlets and recreational spaces. And, of course, it features several views of Wawa.

The idea for the video came from a conversation he had with Peg DeGrassa, a senior editor for the Delco News Network, about the county's diversity. Kolleh had never visited several of the places he filmed.

"As (I) started to get more locations I noticed that some areas were more sentimental than others," Kolleh said. "I ran into a few Delco natives during the shoot and they shared stories about what the places meant to them. I gave those places more focus."

Kolleh's videos can be seen on his JnkyardCinema Facebook page.