The team behind Local 44, Strangelove's meets a new neighborhood 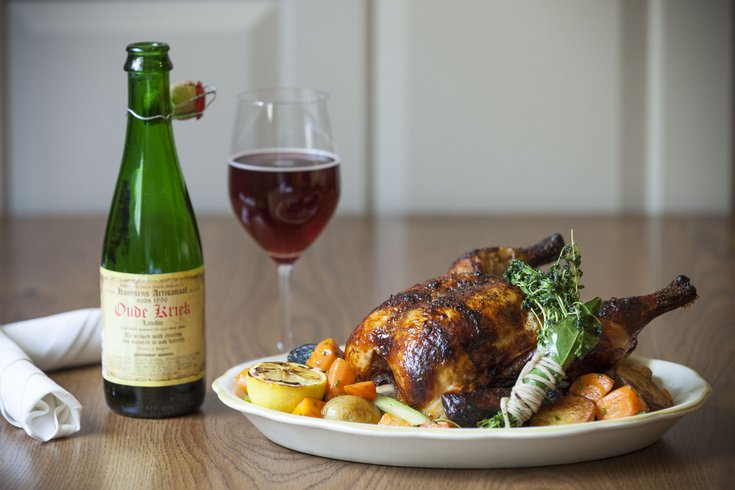 Rotisserie chicken and a bottle of Oude Kriek lambic.

Their reputation for craft beer-focused eateries isn't inaccurate, but the group is looking to do something a bit different with Coeur, their new Bella Vista restaurant. The French-by-way-of-Montreal ("coeur" is French for "heart") joint opens at Eighth and Christian streets Tuesday, Sept. 15, with a grand opening party at 5 p.m.

"It’s a definite departure, or a perceived departure, but I think that what we wanted to do is take what we learned in the beer world but apply the same approach to wine," Hartranft told PhillyVoice shortly before the restaurant's opening.

"Because we also really like to drink wine!" Maida, his wife, agreed. 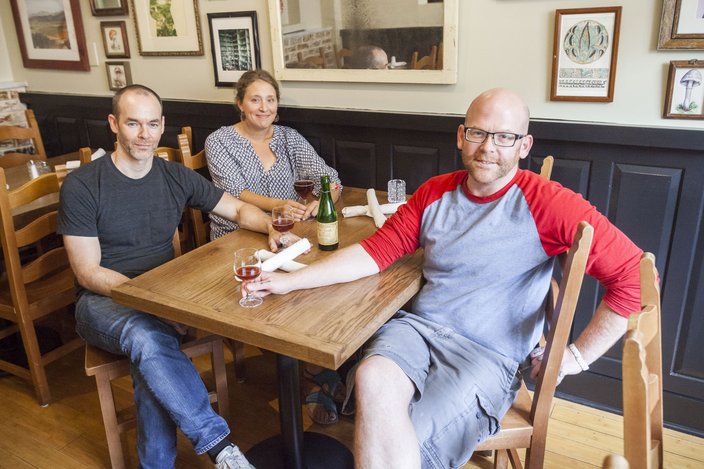 There will still be a well-curated beer list, of course, but it will be less intense than those found at the group's other establishments. After all, the reason they opened bars with craft-heavy menus in the first place is because there weren't many to be found in Kensington, West Philly and Washington Square West. Due to the craft beer boom of the last few decades and the resurgence of Philly's dining scene, that's no longer the case. Thus, rather than just play the hits, they're looking to bring their vibe to a new neighborhood.

"That’s how we ended up down here [with Coeur]," Hartranft said. "Just looking at what was going on, we thought that we could be something different but also, at the same time, a nice companion piece. You’re always trying to make sure that you’re fitting into the fabric of what’s already going on." 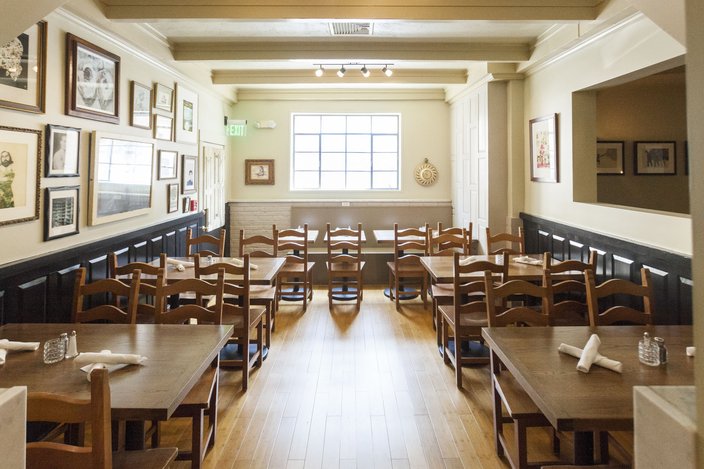 Fitting in, it should be noted, is especially important for Coeur's location. For starters, it once housed the critically successful fine dining restaurants James and The Mildred, neither one exactly known for its cheap eats. Thanks to that precedent, Maida joked, the neighbors are wondering if they'll be able to afford Coeur. It is also smack dab in between the Italian Market and East Passyunk Avenue. Being so close to two very different foodie hot spots presents the challenge of satisfying two very different types of diners.

"The current audience for something like East Passyunk Avenue is mostly millennials, and sometimes you walk into places and you can feel the generation gap as soon as you walk in. It’s overwhelming," Hartranft said.

On the other hand, the look of Coeur certainly establishes an atmosphere ripe for bringing all ages together. It's been done up in classic neutrals and woods but is speckled with whimsical touches like bunny and mushroom-dotted wallpaper. The result is a place that feels at once familiar and distinct, like being in the living room of an old family friend. 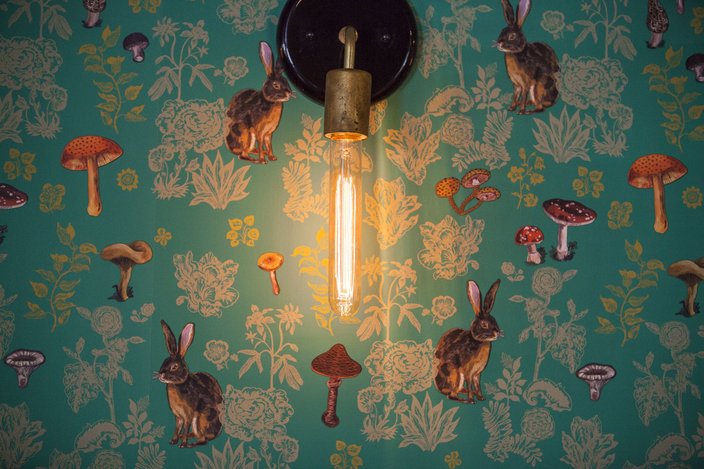 "We wanted to create a space that really bridges and crosses as many generational gaps as possible and have something for everybody. If there’s a rosé that’s constantly on draft that meets my mom’s need for pink wine and you can also get something from a newer producer from Rome that’s really cutting edge and I can get pig’s head and my dad can get a roast chicken, then everybody wins."

Thus, affordability and accessibility have been the group's key words throughout the opening of Coeur. As Hartranft put it, the experience should be one where diners eat with gusto and are pleasantly surprised at how light their bill is.

"This is the kind of place where I would like to come and meet a bunch of girlfriends and have a bunch of oysters and wine at the bar and then have a meal and drinks and say you know what, let’s get another bottle of wine," Maida said. 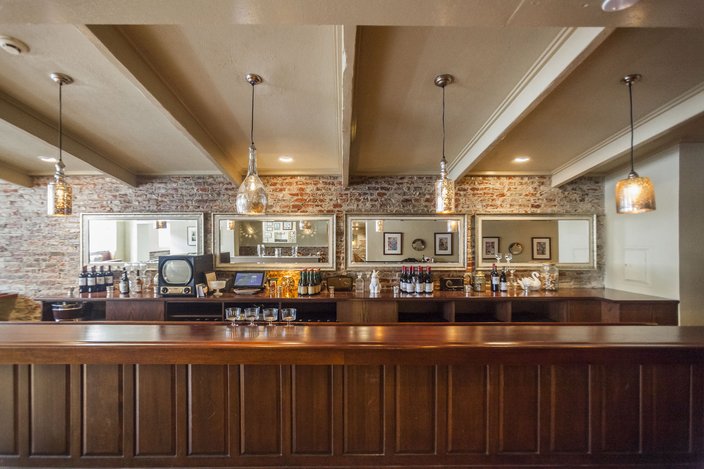 The way they see it, dining out should be neither stuffy nor boring. The food can be hearty and refined, the beverages can be delicious and inexpensive. The atmosphere should feel like a party, and the menu should require neither a pronunciation guide nor a lesson in haute cuisine before you can even choose an appetizer.

"If there’s more than a couple of options [on a menu] then suddenly you have to make an educated decision -- but what if you don’t know anything? Then you’re suddenly sent backwards and you feel not totally welcome," Maida said.

The whole point is to get straight to the fun part of eating out - which might mean that roast chicken (of which Hartranft said, "You'll literally want to shove it all in your mouth") or having a drink. As was the goal when Memphis Taproom opened in 2008, Coeur is somewhere its founders would like to go. 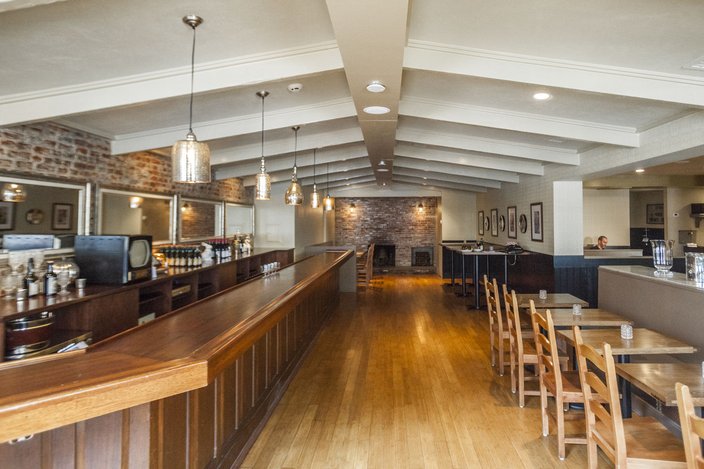 "Now we’re this many years later and we’re older people now and this is again the kind of place we want to hang out at. It just happens to be that all these places are growing up with us," Maida said. "It’s not that really the concept has changed; we’re changing, which is actually a fairly important distinction. That’s about as honest as it gets, really."

Whether they're crazy for trying out a twist on their usual strategy in Bella Vista remains to be seen, but the trio is certainly confident they'll make it work.

"If you take a step back and you look at it from a wider angle, it’s exactly the same thing that we’ve always done: food that we like, beverages that we really like, and décor that fits that need."