Fishtown resident proves you can make a living off Vine

He's done ads for Target, Best Buy, Smirnoff and Pampers, among others 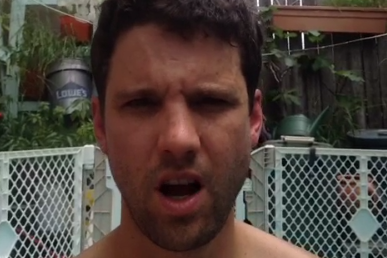 It's hard to imagine anybody can make a living off creating six-second videos on a phone app. But Fishtown's Pete Heacock makes it look easy.

With over 70,000 followers of his own, Heacock launched a successful business using the app.

Fans of the social media application Vine no doubt know of the Unpopular Now Vine account. According to Technical.ly Philly, it all started with an exclusive "Vine famous" invite-only Facebook group, where those "famous" on the site could connect with one another. That group formed the Unpopular Now Vine account — where popular Vine producers could share their content.

Thus, the mobile marketing company Unpopular Now was founded. Heacock was a freelance videographer and waiter at Oyster House — but he quit waiting tables in June to pursue his new company. Unpopular Now is actually a two-person operation — with just Heacock and Gretchen Lohse, a Philly musician. His company has an impressive list of clients — ranging from Best Buy to Red Bull to Target.