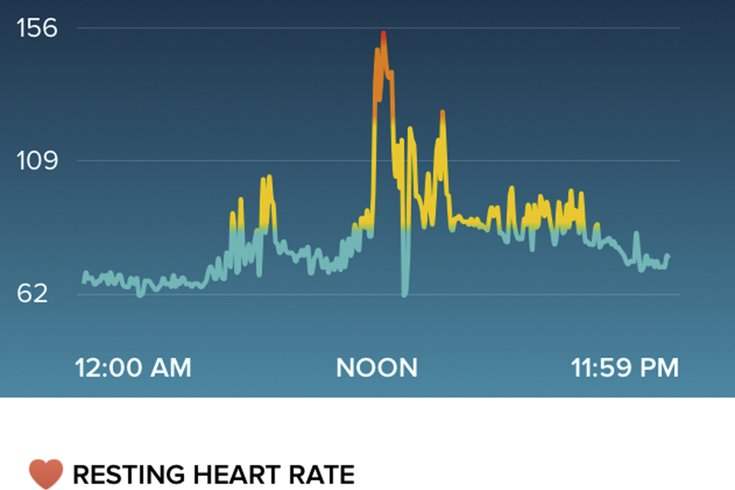 Data from a 42-year-old man's Fitbit activity tracker helped doctors determine whether they had made the right diagnosis on his heart condition. (Paramedics recorded a higher heart rate than the Fitbit because they checked his pulse at different intervals.)

After a grand mal seizure hit a 42-year-old man at work, he was rushed to the emergency department at Lourdes Medical Center in Camden. The seizure itself lasted only a minute, but he was still in danger: paramedics noticed that his pulse was jumping around wildly, going from 130 beats per minute at one reading to 190 the next.

What happened next was only possible because of the man's Fitbit heart tracker.

The emergency room doctors described their dilemma in this month's issue of the Annals of Emergency Medicine. An electric shock, or cardioversion, could help the man's heartbeat go back to normal. But the doctors couldn't be sure the procedure was safe until they knew when his arrhythmia began.

The patient hadn't noticed his heartbeat was irregular until doctors pointed it out, so he couldn't help them. Thankfully, his Fitbit watch could.

Worn around the man's wrist, the Fitbit activity tracker had been monitoring his heart rate all day. Once they knew when his symptoms had started, the doctors could be confident that they had made the right diagnosis.

"The identification that the patient’s atrial fibrillation was present for only a few hours permitted him to undergo cardioversion," the doctors wrote.

This is not the first time that Fitbit has helped a patient in a life-threatening situation.

A teenage girl in England went to the hospital after noticing abnormal readings on her device and discovered she had an undiagnosed heart condition. In Australia, a grandfather realized that he was about to have a heart attack after looking at his Fitbit and got into an ambulance just in time.

However, this is the first case reported in a medical journal where doctors made a decision based on Fitbit data.

"To our knowledge, this is the first report to use the information in an activity tracker–smartphone system to assist in specific medical decision-making," the doctors noted in their case study.

Activity trackers are not officially approved as medical devices, so it's up to the doctor to trust them or not. Still, this case in South Jersey shows that wearable technology can be used for much more than fitness or weight loss.