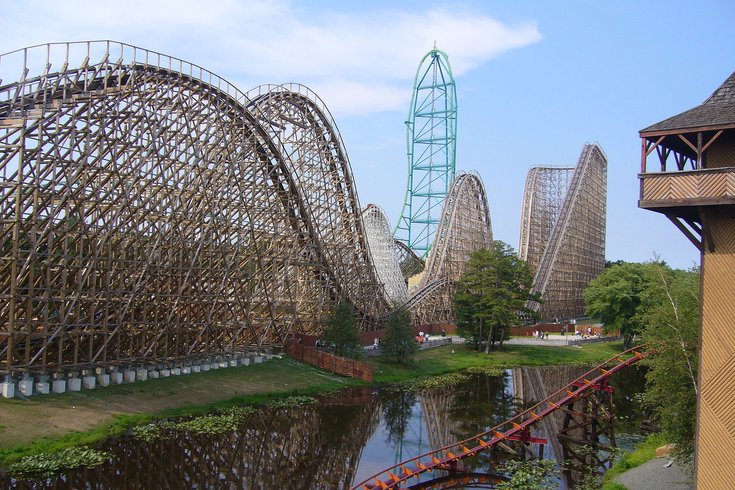 After the El Toro rollercoaster at Six Flags Great Adventure in Jackson Township, Ocean County, malfunctioned on Thursday night, five people were hospitalized for back pain.

The incident happened around 7:30 p.m. on the El Toro ride at the New Jersey theme park, a Six Flags spokesperson told the New York Post.

While five people were sent to the hospital for back pain, some reports say as many as 12 were injured. A woman, who said she was on the roller coaster at the time, posted about the experience on the Great Adventure Connoisseurs Facebook group.

The ride was shut down following the injuries Thursday, which happened shortly before the park closed at 8 p.m. Six Flags has not said what caused the malfunction, but did say that the ride remains closed for inspection.

This is not the first time there have been problems with El Toro.

It was temporarily shut down by the New Jersey Department of Community Affairs last July after there was a partial derailment on the ride. There were no injuries reported in that incident.

El Toro, which means “the bull” in Spanish, opened in 2006. It includes a portion of track that drops 176 feet, which is the second largest drop of any wooden roller coasters in the U.S., and its cars reach speeds up to 70 mph.

The rollercoaster is in Six Flag's Mexican-themed Plaza del Carnaval section. In 2011, it was voted the best wooden coaster in the world by Internet Coaster Poll, Newsweek reported. It received the same distinction again in 2017 at Amusement Today's Golden Ticket Awards.