Five reasons for pessimism at the conclusion of Eagles training camp 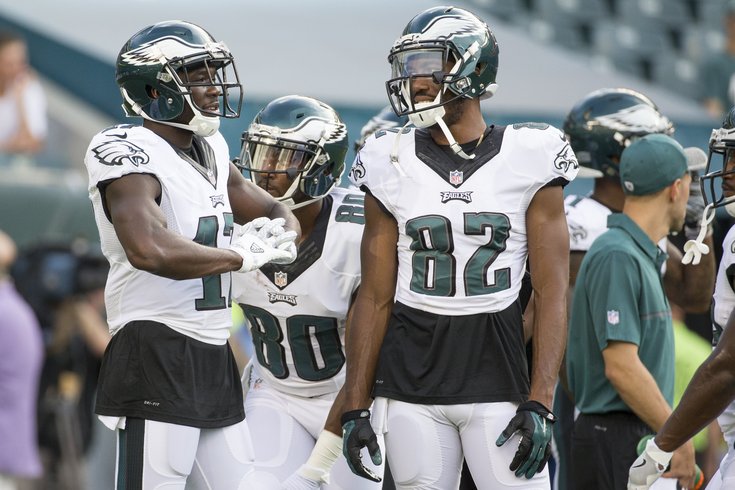 It'll cost them more to cut me, Ruebs, lol.

Earlier this morning, we published five reasons for optimism surrounding the Philadelphia Eagles at the conclusion of training camp. If we're being perfectly honest, I struggled getting to five.

Now that we've looked at some good, let's get to the much easier task -- finding five reasons for pessimism.

1) The wide receivers are bad

Jordan Matthews is a legitimate professional wide receiver with a long career ahead of him. You're excused, Jordan. Beyond Matthews, it's a dumpster fire.

2) The offensive line is a potential disaster

With Lane Johnson likely to be suspended, the Eagles will roll into Pittsburgh with the following starting lineup along their offensive line:

• LT Jason Peters: He'll turn 35 in January, and has a history of injuries. Many suspect that the Eagles will be without Peters at some point this season, at which point it's Matt Tobin time at LT.

• LG Isaac Seumalo: While Seumalo may be a good starter in time, he had a rough showing in his first preseason game.

• C Jason Kelce: Although Kelce has had a number of very good seasons in the NFL, he is coming off a down one. I suspect he'll be much better in 2016, but for the second straight year, he'll be playing in between new starters at guard.

• RG Brandon Brooks: Brooks was a heralded free agent signing, but has not been healthy throughout camp, and any continuity he was building alongside Lane Johnson is out the window.

• RT Allen Barbre: Barbre struggled at LG a season ago, and now he'll have to kick out to the much more difficult RT spot.

The Eagles have less than ideal depth at running back, wide receiver, linebacker, safety, and with the impeding suspension of Lane Johnson, the offensive line's depth will likely take a hit. So far, the Eagles have stayed healthy throughout training camp, in that no players who are currently nicked up are expected to miss any regular season games. However, when the inevitable injuries occur, the Eagles are going to find themselves scrambling for viable replacements.

Doug Pederson may very well turn out to be a good head coach in the NFL. Then again, in his last press conference he called something a "mute point" and referred to a player's height as "heighth," sooooooo...

5) The starting quarterback is underwhelming

I've long been on the "Sam Bradford isn't good" train, as those of you have read me know all too clearly by now. Bradford had a good camp, as he was easily the most consistently accurate of the three Eagles quarterbacks. Still, even if he's "good" during the regular season, he's among the least aggressive quarterbacks in the NFL. In 2015, Bradford threw more than 10 yards past the line of scrimmage on just 17.3 percent of his completions, which was tied for the lowest percentage in the NFL.

But that will change with a new scheme, right? We'll see. In his only pass attempt in the first preseason game (not to make too much of one throw), he had a wide open Zach Ertz but instead chose to check it down to Brent Celek. 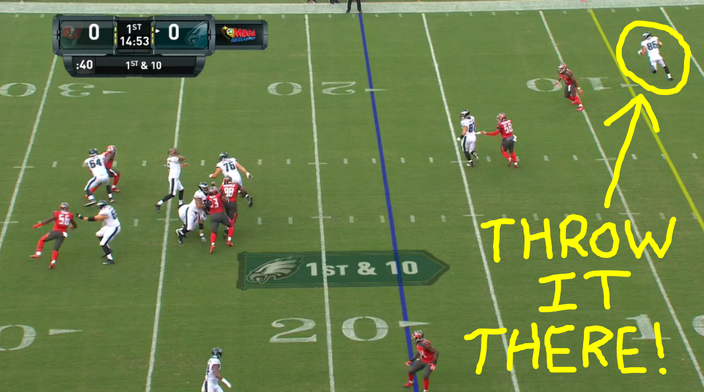 Ugh. It's almost like Bradford is an immobile version of Alex Smith. Maybe the "popular expression-challenged" Pederson will start calling Bradford the "Statue of Limitations."

*H/t to @D3Keith for "Statue of Limitations."