On Fletcher Cox and contract extensions: An intro to the 'fifth year option' 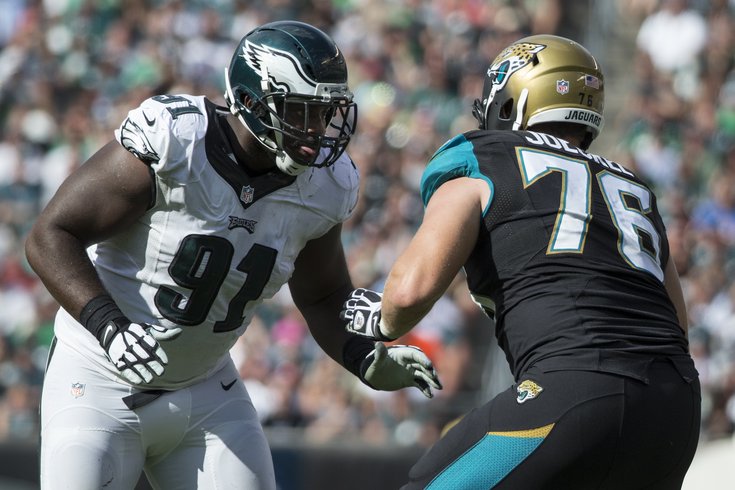 No contract extension for Fletcher Cox? No worries.

Eagles fans are among the most knowledgeable in sports, but they are behind in their understanding of the "fifth year option" for former first round picks in the final year of their rookie contracts, and for good reason.

Former sports agent and current contributor to CBSSports.com Joel Corry explained the "fifth year option" in great detail on Wednesday. His article is worth reading in its entirety for a deeper understanding of the fifth year option, but the crux of it is as follows:

The 2011 Collective Bargaining Agreement's adoption of a rookie wage scale changed the way rookies are compensated, especially at the top of the NFL Draft. All deals for draft choices are four years. These contracts can't be renegotiated until the conclusion of a player's third regular season. This means players selected in the 2012 NFL Draft are eligible to sign new deals.

Teams have an option for a fifth year with first-round picks. The window for exercising options starts after a player's third regular season in the NFL ends (Dec. 29, 2014 with the 2012 first round picks). The deadline to pick up the option year is May 3, which is the day after the conclusion of the 2015 NFL Draft.

The 2014 offseason was the first year that NFL teams had to make a decision on first round picks they drafted three years prior. However, a deeper understanding of the fifth year option was unnecessary for Eagles fans at the time, since the Eagles' 2011 first round draft pick was epic bust Danny Watkins, who was already off the team.

This year, it is far more relevant to understand the fifth year option because the Eagles' 2012 first round pick was stud DE Fletcher Cox. According to the chart in Corry's post, the Eagles can choose to pick up an option for Cox in the amount of $7,799,000 for the 2016 season. Corry opined on the chances of Cox receiving a contract extension from the Eagles before the May 3 deadline to exercise the fifth year option:

Cox may have already gotten or been close to signing contract extension if Howie Roseman had remained in control of football operations. It remains to be seen whether Philadelphia's long-standing policy of signing key young players to early contract extensions remains a priority with head coach Chip Kelly in charge.

While there have been reports that the Eagles have not yet approached Cox about a contract extension, fear not. The Eagles will unquestionably exercise their fifth year option if they cannot work out an extension for Cox and he survives draft weekend without being traded.

In other words, while other 2012 draft picks like Mychal Kendricks, Vinny Curry and Brandon Boykin are definitively heading into the final year of their rookie deals, Cox's rookie deal likely won't really conclude until after the 2016 season.